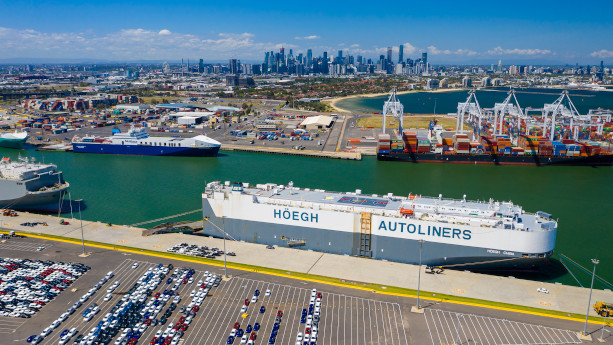 Australia has one of the most developed industrial real estate markets in Asia.

Mining, construction, agriculture, electronics production, and automotive are at the core of domestic production, contributing much to the economy.

Yet, we’ve seen little investments in the industrial property market by comparison as the retail and office markets get most of the attention. Both local and overseas investors have followed this trend.

This is changing and the industrial market is pacing up due to the rise of eCommerce and the need for advanced logistics facilities.

The demand for industrial real estate will increase as companies take measures due to shortages and excess inventories experienced during the pandemic. We review this in greater detail later.

Authorities like the Foreign Investment Review Board (FIRB) and the Reserve Bank Australia (RBA) have created clear guides over the regulations that foreigners and Australian citizens are subject to.

While the residential property market is regulated and non-resident foreigners can only purchase new or off-plan properties, the government sees investments in industrial real estate as income generators and job creators.

In short, you can buy vacant land to develop or existing industrial buildings, but need approval in the following instances:

Countries with free trade agreements can invest in more expensive projects without the need to seek approval.

The investment threshold values are determined based on if you’re a private or government investor, whether the land is vacant or developed, and if your country is a free trade agreement (FTA) partner with Australia.

In short, the lower the value and regulations become tougher. With a threshold of AUD 0, you have to seek approval for any kind of transaction.

All investors have to seek approval for investments in vacant commercial land.

Private investors from the following FTA partners have a threshold as high as AUD 1.216 billion before they have to seek approval when investing in developed commercial land:

In short, these countries and regions are part of the Comprehensive and Progressive Agreement for Trans‑Pacific Partnership (CPTPP), signed in Santiago (Chile) on 8 March 2018.

Any other countries that enter the agreement would enjoy the same benefits.

Investors from Chile, New Zealand, and the US can also invest in mining and production tenements worth AUD 1.216 billion without approval. Other countries have to seek approval from AUD 0.

Private investors not from FTA partners of Australia

Private investors from countries that are not FTA partners of Australia face more stringent requirement and thresholds, as follows:

For more information, I recommend you check this article from FIRB with more details.

Australia’s industrial property market is significantly important to APAC as a whole, a reason why it also has one of the most-developed REIT markets in the world.

While real estate markets suffered heavily during the COVID-19 pandemic, the industrial sector saw a strong uptake in Australia.

It’s less overheated compared to the residential ditto and more foreign investors will target this segment in the coming years.

The same as for many other Asian countries, like Vietnam, Korea, and the Philippines, we see an increased demand for modern, high-quality industrial and logistics units located in urban or suburban areas.

According to CBRE, as much as 350,000 square meters of new warehouse space will be needed yearly to meet the upcoming demand.

Looking at rent increases, all major cities have shown strong growth in 2020, as follows with rounded figures:

While foreign and local investors have predominantly invested in office and retail space, the industrial market is quickly catching up. From 2015 to 2019, around 18% to 22% of investments were allocated to the industrial property market.

In 2020, the number reached around 38% and momentum will be kept in the coming years.

Despite having a population of a bit more than 25 million, Australia has a strong manufacturing and logistics sector, driving the demand for industrial real estate.

Next, we will review the industrial clusters in Australia and where most estates are allocated.

Sydney generates the most revenue in Australia and has a diverse economy. The most common industries include domestic-focused and high-tech manufacturing such as food processing, biotechnology, and advanced electronics.

With that said, economic activity is not concentrated to a single or two, but Sydney contributes around 7% to the national economy. In Vietnam, for instance, Hanoi and Ho Chi Minh City contribute significantly more.

Greater Western Sydney (GWS) is a major hub for manufacturing and construction with hundreds of thousands of local businesses.

The Smithfield–Wetherill Park Industrial Estate is one of the biggest industrial estates in Australia that is frequently mentioned when talking about GWS (I will explain more about the estate later).

The city will become increasingly important thanks to its high level of urbanization and Amazon has already chosen Goodman’s new Oakdale Estate in Sydney as a location.

Suburbs that will experience strong growth:

Melbourne is a major investment hub with a strong concentration of companies in research, IT, finance, manufacturing, education, logistics, transportation, and tourism.

Many local and international companies are headquartered in Melbourne and surrounding suburbs enjoy economic spillover and cater to the city’s growing eCommerce market.

It’s well-known that Melbourne attracts increasingly more people, not only from smaller cities and overseas but also from Sydney. It’s predicted to overtake Sydney as Australia’s biggest city by 2026.

Historically, the Western part of Melbourne has attracted by far the most investments in industrial real estate. The following profiles have been made of investors in 2019:

The southeast manufacturing zone is the second-biggest employer of manufacturing jobs in Australia, including the Greater Dandenong, Casey, Cardinia, Frankston, Kingston, Knox, and Monash.

Brisbane is the state capital of Queensland which traditionally made much income from mining and related industries. From 2006 to 2007, mining contributed around 9% of Queensland’s gross state product (GSP).

The state has vast reserves of coal, minerals, and bauxite deposits as well as oil reserves that local companies have exploited. That said, this industry has shrunk and we have seen a diversification in the economy.

Interesting suburbs that are predicted to perform well for commercial real estate investors include:

Choosing a suitable location is crucial to future success and your industry will have a big impact on what area to choose.

Being the state capital of Western Australia (WA) that covers around a third of Australia’s landmass, is comparably sleepy to the other large cities.

Interestingly, the country is the biggest producer of alumina and bauxite where half of the national production comes from Western Australia.

The following industries are the biggest at the moment, according to the state’s website:

Australia’s industrial real estate market is developed and where most commercial activity is concentrated around Greater Sydney, Melbourne, Brisbane, but also Perth on the Western shore.

While mining contributes much to Australia’s economy and where Queensland and Western Australia play important roles, the service, and technology sector has grown much.

With the rapid growth of eCommerce, we will see a greater need for advanced fulfillment facilities both in urban and suburban areas in the major cities.

The industrial real estate sector has received little attention by comparison historically, something that will change in the coming years.

Thanks to Australia’s skilled workforce and low entry barriers, the real estate market will continue to attract more attention in the coming years.