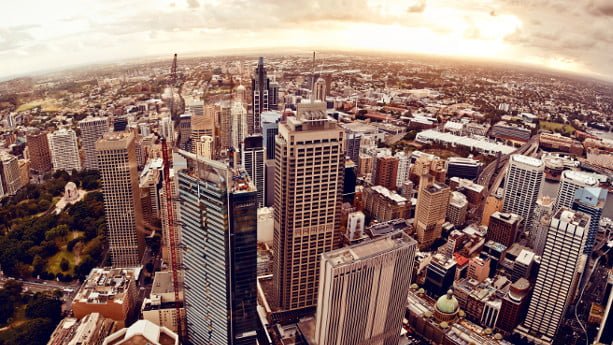 Australia is the to-go place for people who wish to live in a stable nation, offering great education, and a comfortable climate. Foreign investors, many from China, have flooded the market and real estate prices have reached record-breaking levels.

Worth mentioning is that Australia has never experienced a major decline and didn’t suffer much during the subprime crash 2008 when prices continued upwards. There are several interesting reasons behind this, of course.

In this article, I explain how Australia’s property market has performed in the past years and what the predictions are for 2019.

Australia’s property market was booming in 2016 to 2017 and we saw house prices breaking all-time high records. The millennials were even told to give up eating avocado toast if they ever wanted to afford a house.

According to Huffington Post Australia, the house price growth in recent years are related to:

Theconversation.com has an illustrative chart that shows how housing prices have continuously been in decline, after hitting a peak in the 3rd quarter of 2017. It’s also the first annual decline since 2012.

Lower demand for homes and a tightening of lending to investors played a big role in the price falls according to the ABS Chief Economist, Bruce Hockman. Regulators have progressively clamped down risky lending, such as interest-only mortgages.

With around 40% of Australians having interest-only mortgages, it’s a wise choice. The banks have toughen-up previously lax expense and income verification.

Why did estate prices increase so much in Australia? 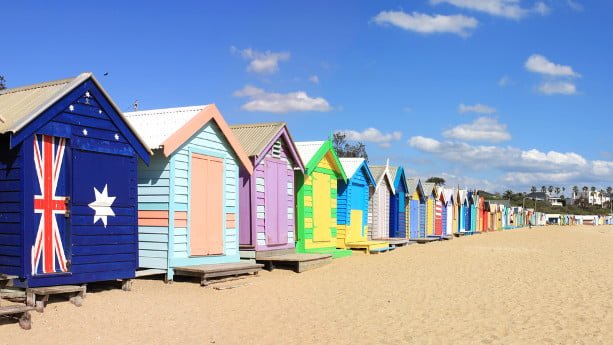 To predict any future outcome, we must look at market regulations and previous history. Below I’ve included some of the key drivers behind the growth and why these might hit back in Australia sooner or later.

The 2008 subprime crisis left many real estate owners empty-handed and prices fell enormously in places like the US.

One of the most notable differences between Australia and other Western countries is that Australia used a favorable payment scheme for first-time buyers, to prevent the market from any downfall.

China had its grace period in the late 2000s and imported vast amounts of iron ore and coal from Australia. This boosted the local economy during times when other economies suffered.

The economic climate plays a vital role in the real estate market. With a strong economy behind, the market continued to flourish.

Another interesting thing about Australia is that the government offers tax benefits for real estate investors, referred to as “Negative Gearing”.

Simply put, if you buy an investment property and the interest repayments exceed the rental income, you can enjoy reduced income taxes. The baseline here is that the unit is ready to be rented.

This opens up more speculation, gaining attention among investor-savvy buyers that are willing to take more risks and willing to borrow even more money to buy more properties.

Another point worth mentioning is that Australia has introduced a depreciation tax that allows landlords to reduce their taxable rental income. They can do this by simply deducting 3.6% of the initial purchase price of their yearly rental incomes, allowing them to pay less tax.

With tax benefits like above, Australians and foreigners have the opportunity to buy a more expensive property, propping up prices even further.

The Chinese have long been blamed for snapping up property at levels well above asking prices.

Many have seen Australia as a perfect place to invest in tangible assets, considering it a safe zone. But many foreigners, especially Chinese, are now left out of the market due to new policies introduced by the Australian government.

Businessinsider.com.au has made an interesting chart showing the real estate approvals for Chinese, we can see a clear decline. We can see that there’s a shift from investments in real estate to other assets.

To summarize: we’ve seen an almost unsustainable growth in Australia’s real estate market since years back, due to tax breaks and a big influx of foreign investors, mainly from China. The market started to decline in Q3 2017 and is still in a correction phase.

How will Australia’s property market perform in 2020? 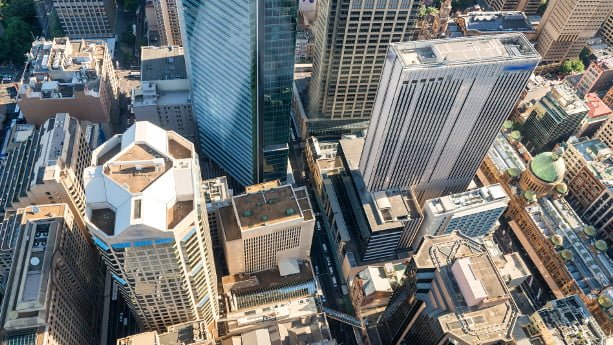 We have reviewed the Australian real estate market performance in the past years and it’s time to check what we can predict from the market in 2020.

You probably wonder how each city has performed individually, as this plays an important role when analyzing real estate markets and when making investment decisions.

Properties in Sydney and Melbourne account for 40% of the total number of properties in Australia, and 60% in terms of value. At the same time, Brisbane is the third biggest city and a highly popular choice among many property buyers.

Therefore, I’ve decided to focus on these three cities in this article, in regards to a preference among investors, the impact these cities have on the national economy, and more.

Let’s start and have a look at the predictions of Sydney’s property market in 2019.

Sydney is the biggest and the most expensive city in Australia, something that applies to property as well.

Looking back and before 2017, the house prices in Sydney were up by an astonishing 85% in the five preceding years. In December 2017, the median property price hit its peak at AU$ 1,179,519. That’s 17 times more than what Australian’s make yearly.

It’s clear that the market has declined a lot in the past years, but in late 2019 we finally saw positive results when that market started to improve.

House prices in Sydney and are forecasted to rise 7.7% in 2020 and we finally see a revival in the market. 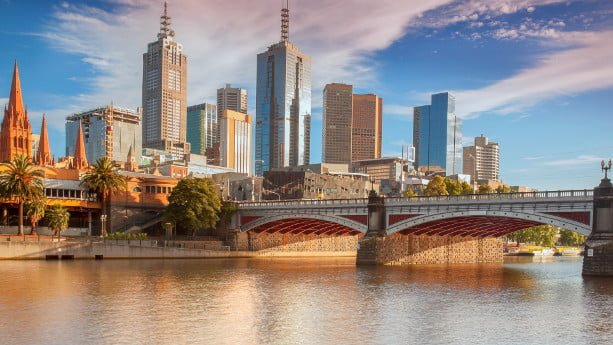 Melbourne’s property market peaked in November 2017 and experienced a soft landing after 5 years of strong growth. The average property price reached AU$ 903,859 in early 2018, according to Domain, a bit below the average price in Sydney.

During the same year, Melbourne’s population growth surpassed other bigger cities, with a growth rate of 2.7%. It’s closely behind Sydney in terms of population and both cities are predicted to reach the six million mark by 2025.

Looking back over the past five years, the median property prices in Melbourne have increased by a hefty 41.5%. By comparison, household incomes increased by merely 12.4%.

Having said that, analysts say that the market is significantly overvalued and by around 27%. 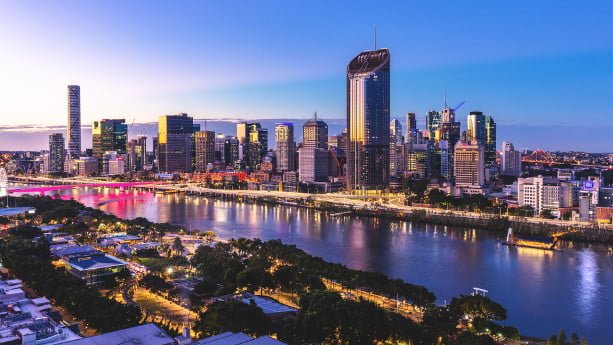 Sydney and Melbourne have suffered the most due to price declines in the previous years. The simple reason is that these cities have been affected by the housing boom, mainly in the past 5 years.

Even if Brisbane is the third biggest city in Australia, it has experienced a smaller increase in real estate prices, with a 20% gain in 5 years. As of October 2018, the median property price was AU$ 567,376, almost half of that in Sydney.

With a healthy growth rate, Brisbane houses are predicted to increase by 2% in 2020. Apartments, on the other hand, will increase by around 5.4% in value, according to Reuters.

Other than suffering less in the housing market, the population in Brisbane also grows. It recorded a 2% population growth from 2016 to 2017, mainly thanks to people moving from other states (parts of them might be priced out back home…).

The median annual salary, on the other hand, is AU$ 67,860, which is close to the wages in Sydney. The dream of affording a house here is a lot more realistic. As the population steadily grows, the demand for real estate will inevitably grow as well.

With slow and steady growth, people are confident in putting their money into Brisbane’s property market.

Investing in Brisbane can generate good returns in the long run as more people tend to move here and the market is stable.

Is Australia’s property market heading for a crash?

The Australian property market was literally in free-fall in early 2019, but we saw a rebound in late 2019. Yet, many analysts believe that this increase is just temporary as the market is still significantly overheated.

If you bought a house in Sydney before 2009, it was up 75% in 2017. At the same time, the average salaries grew by merely 16%. It’s a clear sign that many people can’t afford to buy a house, unless they borrow more money.

Deutsche Bank has warned that one of the top 20 risks to global financial markets in 2020 is a potential house price crash in Australia.

On top of that, Australia has the highest household debt in the world and the lowest savings rate in a decade according to DBS. House building and other construction activities has been in decline too.

With an upcoming US election, the ongoing trade war with the US and China, and plenty of other risk factors to the global economy, you should be cautious before investing in Australian property.

Paul Bloxham, the chief economist at HSBC in Sydney, informed that HSBC forecasts that housing prices will continue to rise in 2020, due to low mortgage rates.

Having said that, other experts believe that the rise we saw at the end of 2019 is just temporary and that Australia is still at the risk of going into recession.

Australia’s property market will most likely see a ‘moderate’ increase in 2020 unless we see a downtrend in the national and global economy.