Selecting an area with future growth potential is essential for overseas investors who seek high capital appreciations when buying real estate. Hanoi is not an exception, with significantly high growth, the market changes fast here.

At the moment, the city mainly develops towards the West, leaving space for new real estate projects as the central areas have become too crowded. With that said, there are other areas of Hanoi that are interesting and that you should check before going into detailed planning.

In this article, we list some of the most interesting areas and districts to invest in Hanoi property.

Tay Ho is a popular area for property investors, it is positioned in the Northern parts of central Hanoi and surrounds the beautiful West Lake, one of the biggest natural lakes in Vietnam.

The district is also right next to the Red River and a relaxed high-end area. With that said, you’ll reach the more busy areas of Hanoi in a short distance. Thanks to its many green areas, expats and families decide to live here.

Being one of the best places to live in according to many locals you’ll also find some of the highest property prices here.

Even if Tay Ho has many plush villas and landed projects, you can also find condominium projects here such as Sunshine Golden River, Pentstudio Tay Ho, and D ‘. Le Roi Soleil – Guang’ an.

Tay Ho is also known for its dining and nightlife scene surrounding the lake. Here, you can find trendy restaurants, craft beer bars, and more. 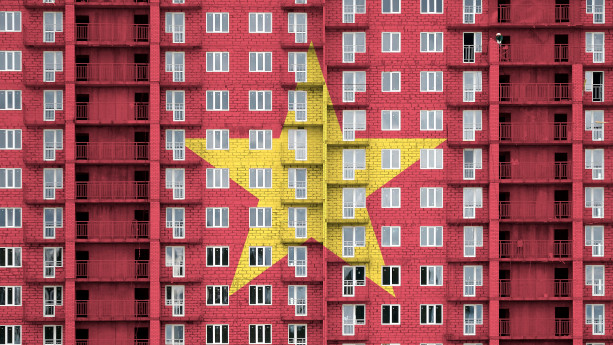 Cau Giay is located Southwest of Tay Ho and is a small area.

In the future, we will see investment in education and real estate facilities here, for example, and you can also find the second-tallest building in the country here, Keangam Hanoi Landmark Tower.

Compared to the central parts of Hanoi Cau Giay has fewer colonial buildings and old architecture as it’s more developed. Another reason why many investors target Cau Giay is that you can find some of Vietnam’s best universities here, including Vietnam National University.

Cau Giay is famous for its many restaurants and relaxed dining scene, having seafood restaurants, Korean restaurants, and more. In recent years, the district has attracted plenty of Korean and Chinese investors. This is mainly thanks to its major national bodies and projects, infrastructure, technology areas, and favorable position in general.

Some famous real estate projects located in Cau Giay include:

Ha Dong experienced fast growth, especially in previous years, and before the property bubble burst in Vietnam. Interestingly, it merged with Hanoi and was previously a separate city.

The district has plenty of hospitals, schools, comparatively good infrastructure, and a suitable place if you look for off-plan property. It will also benefit from the new Metro projecty and the area continues to attract multi-billion-dollar developments.

Ha Dong is quickly becoming internationalized as members of the Chinese, Korean, and Japanese communities move here in vast numbers. Worth mentioning is that the prices grow the fastest in Hanoi here.

Examples of projects located in Ha Dong include:

Thanh Xuan is a developing area where we will see an increased demand among foreign investors in the coming years. It’s positioned South of Cau Giay and with lower property prices by comparison.

Thus, the area resembles District 9 in Ho Chi Minh City in the sense that you can buy at low price points but enjoy high price appreciations in the long-term.

Examples of projects in Thanh Xuan include:

Tu Liem was one district until 2013 when it was divided into South Tu Liem (Nam Tu Liem) and North Tu Liem (Bac Tu Liem).

It’s located in the Western parts of Hanoi and attracts a great number of Japanese expats. As the Japanese school is here, a Japanese community has been built up over the years.

Increasingly more projects are planned for Tu Liem and we frequently read about the district in the Vietnamese media.

Examples of real estate projects in Tu Liem include:

That’s it for today. I hope that you found this article helpful, if you have any questions about the districts listed or about projects available in Hanoi, simply fill in the form below and we will reply you within 24 hours.