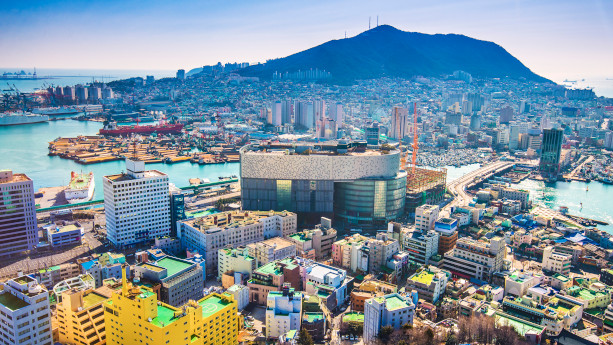 Referred to as the ‘City of Happiness’, Busan is the second-biggest city in South Korea and the commercial hub in the Southern parts. In contrast to Seoul, it’s well-known for its beaches, seafood, and shipbuilding capabilities.

The fifth-largest port in the world is located here and domestic companies have set up major manufacturing operations here. Worth mentioning is that the cost of living and real estate prices are well below what you can find in Seoul.

This makes Busan a more attractive option to some investors. In this article, I explain the basics you need to know when buying property in Busan.

Can foreigners buy property in Busan?

Foreigners have no issues buying property in Busan and are practically treated in the same way as locals.

Japan and Korea are the only two countries in the Asia Pacific where you can freely own land, commercial properties, as well as residential units without restrictions or the need of seeking approvals from investment authorities.

When investing in properties, you only have to conform to 3 acts issued by the government. The acts are, as explained in my separate article about buying residential property in Korea, are:

For more information about the acts, you can read my separate article (see link above) and where I explain the acts in greater detail.

Busan is the second-biggest city and economy in South Korea with vast operations in logistics and shipbuilding. Naturally, many local and international companies look for industrial properties like logistics facilities and warehouses here.

With little restrictions to the ownership of industrial properties, investing in industrial real estate here couldn’t be easier.

The Port of Busan is the biggest port in South Korea and many companies and facilities are located in proximity to the area.

Cars, refined petroleum, integrated circuits, passenger and cargo ships, and vehicle parts are all exported in large volumes from here.

The Southeast Economic Zone, which includes South Gyeongsang and Ulsan, surrounds the port and the biggest industrial area in the country. While South Gyeongsang is a province, Ulsan is a neighboring city to Busan.

Ulsan is by far one of the most important cities to South Korea in terms of economic output. With a GDP per capita of more than USD 65,000, Hyundai Motor Company runs the biggest automobile assembly plant and shipyard in the world here.

Seoul, Gyeonggi Province, and Busan have recorded price increases of around 20% in the past years, some of the country’s highest.

The central city of Sejong, which will be the home of many government institutions, saw apartment prices increasing by more than 70%.

This is a result of the government’s plan to move the institutions away from the capital.

With escalating prices, the government has seen no other option than to introduce steep tax hikes.

A land speculation scandal also fueled the response among locals and affected the presidency of Moon due to an angry response from many South Korean house owners.

Due to the overheated market, the government plans to increase the supply significantly. According to sources, the President said that Korea will add 830,000 new homes until 2025 and where 320,000 will be in Seoul.

A large part of this supply will also be allocated to cities like Busan and Sejong where prices have increased uncontrollably.

According to Numbeo which is a price comparison website, you can expect to pay the following prices:

Areas to Buy Property in Busan

Busan has a population of around 3.6 million people and one of the biggest cities.

As such, there are many areas to choose from when looking for housing as well as commercial units. Below I have listed some of the most interesting areas to invest in Busan.

Haeundae District is one of the wealthiest in South Korea with a city of around 420,000 people. Thanks to its proximity to the ocean, Koreans in the tens of thousands visit this city every year.

In recent years, we’ve also seen a great increase in commercial activity here, and the Marine City and Centum City areas receive much attention, with their abundance of high-rise buildings.

Haeundae belongs to Busan on a provincial level and is crucial for the economy. A great majority of the city’s most expensive apartments are located here with prices ranging up to USD 4 million.

If you want to live nearby the ocean and have a higher budget, then Haeundae might be your best option for residential properties.

Busanjin is one of the biggest and most central districts with a population of more than 400,000. The district is famous for its commercial activity with shopping malls, entertainment, and business areas.

Air-Busan, as well as Daewoo Bus Corporation, are both located here among other big companies. Busanjin is a good option thanks to its connectivity to other parts of the city.

Nam is located in the South-Eastern parts of Busan and comprises 7 islands.

Much of the district stretches out in the Sea of Japan and an important commercial center of Busan. The Busan International Finance Center is located here, stretching almost 300 m above the ground.

Nam has much cultural heritage and activities and is a popular option among residents in Busan.

Seoul is the home of around 50% of South Korea’s population and receives by far the most attention when foreigners look to invest in the country.

Jeju Island receives a fair amount of foreign investors as well, thanks to its nature, cultural heritage, and foreign-friendly policies.

Busan can be seen as a hybrid between the two. While Busan isn’t as bustling as Seoul, it has beautiful nature and beaches and is renowned for its local food. Living costs are lower and the property market is less overheated.

Your selection will also depend on what industry you operate in. If you’re into banking and finance, Seoul will most likely be your top choice. Busan, on the other hand, is suitable for companies that operate in shipping and logistics.

A general recommendation is that you find a local partner that can give you a helping hand and provide advice before you decide to go to a certain city.

1 Responses to “Buying Property in Busan: A Complete Guide”