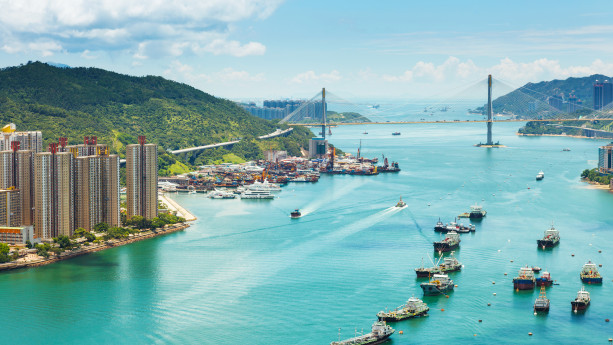 Do you plan to buy property in Hong Kong?
Click here to get in touch with an experienced agent

Hong Kong is not the typical place for land purchases, at least not among foreign individuals and companies.

Having one of the most expensive real estate markets in the world, you’ll mainly find mainland Chinese and local developers that fight for land plots through government-run tenders.

With that said, there are ways for foreigners to acquire land in Hong Kong. Therefore, I decided to write this article where I cover the following topics:

Neither foreigners nor locals can purchase land on a freehold basis in Hong Kong. Instead, the land is controlled by the Chinese government and you can only get hold of leasehold property.

Malaysia, Korea, and Japan are basically the only countries where foreigners are allowed to buy land in Southeast- and East Asia. Yet, to buy land in the latter two can still be a bureaucratic mess.

Hong Kong has an interesting history indeed and there’s only one small land plot which was granted on a freehold basis under the St John’s Cathedral in Central in 1843.

All remaining land can be leased for 75 years, 99 years, and in rare cases 999 years. Below you can find a description of why there are three different leasehold periods for land:

The British government leased New Kowloon and New Territories was for 99 years in 1898, and they later started to offer leasehold periods of 99 years to the rest of Hong Kong.

As mentioned in my separate article about buying residential real estate in Hong Kong, the British government was supposed to terminate all the lease agreements at the handover of Hong Kong to mainland China in 1997.

But, according to the Basic Law of Hong Kong, leasehold agreements can be extended longer than 2047, as some people faulty believes that all leases will end 50 years after the succession in 1997.

Buying Land Through a Company

A common practice is to hold real estate under a company and trade shares in such a company.

This can result in substantial savings, especially if the company is foreign as the stamp duty on transfer of shares can be as low as zero, but is usually 0.2%. Compare that to a total buyer’s stamp duty of 30% that individual foreign buyers often are subject to.

On the other hand, buying a company that holds property requires thorough due diligence and background research to avoid that there are no hidden liens or debts attached to the company.

This is particularly the case with offshore companies, such as companies incorporated in the British Virgin Islands (BVI).

As the government primarily controls all the land, this is a significantly important process for foreign and local developers and investment firms to get held of valuable land plots.

The government generates a massive amount of profits every year through the tenders and some have bashed this system as prices reach new record-high levels.

It’s said that the government doesn’t hold on to the land plots due to the scarcity of land, but rather to keep prices high.

You can find upcoming and previous years’ tenders on the Lands Department’s website. Below you can find examples of tenders for the years 2020 and 2021.

Hong Kong has the world’s most expensive land prices, something that is mainly blamed on the tendering process led by the government.

Hong Kong and mainland Chinese developers drive up prices as the system allows the highest bidder to get hold of the land.

Despite being a small city, land prices can differ greatly depending on where you buy the land and whether the land is for commercial or residential use.

Land for residential use in New Territories, for example, is far off commercial land prices in Kowloon or Central. Worth mentioning is also that land prices were little affected during the COVID-19 pandemic.

While there’s little public information available on average land prices in Hong Kong, I’ve created the below list, following the units listed above.

The petrol station in Kowloon above fetched for HKD 691 million and was 859.7 square meters. Thus, the average square meter price was HKD 803,768, which is not too far off from the petrol filling station in Yuen Long.

As you can see, land prices are exceptionally high in Hong Kong, no matter if you buy residential or commercial land. Be prepared to pay hundreds of thousands of Hong Kong dollars per square meter.

Hong Kong has some of the highest real estate taxes in the world, which is a measure to reduce the influx of foreign investors and avoid speculation.

In this article, I focus on the taxes you pay when buying, holding, and selling real estate through a company.

The reason for this is that foreign individuals cannot purchase commercial real estate and land in Hong Kong.

Besides, the land values are often in the tens or hundreds of millions of US dollars. That’s often beyond the reach of private persons and mostly targeted by hotels or investment firms, for example.

The government of Hong Kong has made an overview showing how significantly lower the stamp duty rates are when buying or selling shares of a company that holds real estate.

Keep in mind that the rate of 0.2% is for the transfer of stocks of the company that holds the real estate. Thus, it doesn’t involve any transactions of the real estate object per se.

The buyer’s stamp duty is lower for commercial property in Hong Kong.

The tax increases progressively as follows:

The annual property tax is 15% and paid every year.

You should confirm what deductions you can make before buying the unit and paying the tax.

Sellers are sometimes subject to a Seller’s Stamp Duty (SSD) if you sell the unit within too short a time.

The rate decreases depending on for how long you keep the property and as follows:

A capital gains tax can be charged if the authorities believe that you have a profit-seeking incentive of trading real estate, buying and selling units in a speculative way.

This is treated on a case-by-case scenario, but the tax is only charged occasionally.

How can I find land for sale?

As mentioned, the government announces land plots for sale through its Land Sales Programme quarterly and where land is sold through tenders.

In short, the highest bidders (normally mainland Chinese or Hong Kong developers) get access to the land plots announced.

Due to the scarcity of land and competitiveness through the bidding processes, prices have skyrocketed in the previous years.

Another mean of buying land is to work with a local partner who can sell land which is already ‘on the market’.

You might come across land plots on listing websites, but I recommend you to work with a reliable partner with deep experience in Hong Kong real estate. They can also present multiple options at a time.

I hope that you found this article interesting and useful. If you are interested in acquiring land in Hong Kong, feel free to send us a message through the form below, and then we can review your request.