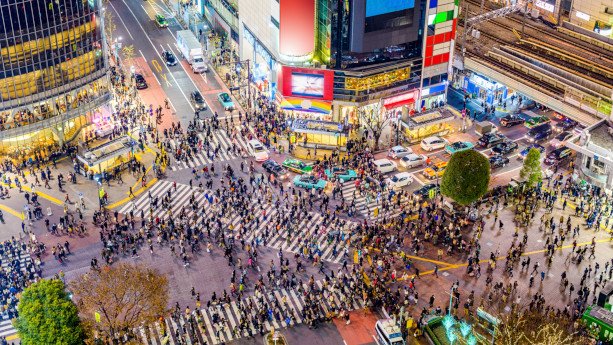 Japan continues to be a popular investment destination in Asia. With changes in local policies and eased visa regulations, the commercial property market will benefit from an increased amount of tourists and investors.

Interestingly, the Japanese government has revised its projections of the number of inbounds in the coming decade, which increased from 20 million to 40 million in 2020, and from 30 million to 60 million in 2030.

People from Hong Kong and Mainland China go to Japan in vast numbers, at the same time as we’ll see future growth from emerging markets like India and Indonesia.

Yet, buying commercial property in Japan requires a bit of planning and caution.

Foreigners have no general restrictions to invest in commercial property in Japan.

Foreigners are treated in a similar way to local investors. Not to forget, Japan is also one of the few Asian countries where foreigners can own land on a freehold basis.

With that said, the buying process can seem complex and bureaucratic, contracts are often written in Japanese.

Owning a commercial property (such as a hotel) can require that you have various permits and licenses (more about that later).

Therefore, you should work with a reputable agent from day one. The agent should help you through the buying process, to draft contracts, and to communicate with the seller.

The hotel market continues to grow in Japan and is one of the biggest in the Asia Pacific. Two main reasons are changes to investment policies and less strict visa requirements.

This has led to increased economic activity and tourism, especially from China.

As mentioned, the government has significantly increased its forecast of future tourist arrivals, from 20 million to 40 million in 2020, and from 30 million to 60 million by 2030.

Licenses when operating a hotel

They will be responsible to apply for the hotel permit in such a scenario.

Worth bearing in mind is that the hotel rooms need to have a minimum size, a lobby, a reception, a restaurant, air conditioning, and more according to the act.

Also, public approval might be required if the hotel is close to a library or a school, for example, to not disturb the local environment.

Sometimes, hotel owners need to apply for liquor, restaurant and similar licenses depending on the services offered. It’s fairly easy to get a liquor license, but something you should apply well in advance.

Confirm such details with your agent upfront, before you go into detailed discussions and pay the deposit.

Japan continues to attract foreign tourists who mainly go there for shopping. According to surveys, 35% of tourists from Korea, mainland China, Hong Kong, and Korea go to Japan for the sole purpose of shopping.

Thus, retail property is in strong demand and will continue to be so post-pandemic.

Osaka and upcoming cities like Fukuoka are predicted to perform well in the coming years, thanks to increased investment activities and a low supply of retail property.

Worth bearing in mind is that most retail sales are done in street shops, train and subway station shops, outlet malls, and small businesses, rather than supermarkets and department stores.

Of course, online shopping is exploding as well, which will increase the demand for show-rooms in major cities like Tokyo.

These can be found near major train stations or popular areas in Tokyo, government-designated major cities within Japan’s three largest metropolitan areas, or other major cities in Japan.

The supply of parking lots is declining, especially in Tokyo. Developers build less parking as fewer Japanese are predicted to own cars. At the same time, it’s becoming increasingly common with car-sharing.

But, Japan also faces issues with a declining population and more and more people will get accumulated in urban areas.

In a country where most families own more than one car, this will also help to drive up the demand for parking space.

Investing in suburban areas can yield from 6% to 8% pre-tax, but investing in hourly parking in central areas of bigger cities is proven far better. 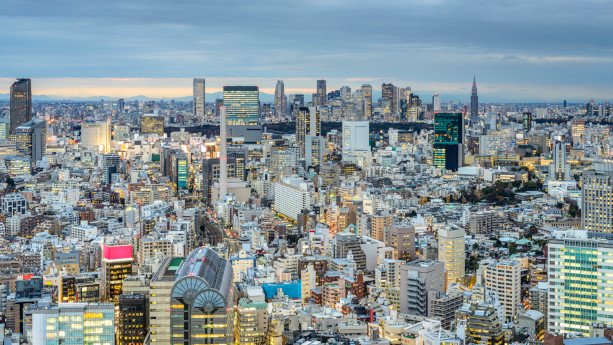 Tokyo’s office space market has performed well in the past years and vacancy rates are below the 1% mark.

With that said, some analysts believe that the market has peaked. At the beginning of 2019, the price for prime office space was the highest since 2008.

At the same time, Osaka is coming up as an increasingly interesting investment destination, with a strong leasing market and where tenant demand is strong.

One of the key differences between Tokyo and Osaka is also that the supply of office space will be much lower in Osaka.

Thus, rents are predicted to rise more here. We also see an increased demand for office space in up-coming cities like Fukuoka.

Worth mentioning is that the co-working space market grows at an impressive rate in the bigger cities, especially Tokyo.

The younger generation in Japan is changing Japan’s work culture and becoming less bound to take on corporate jobs. More people work as freelancers, take on entrepreneurial paths, or decide to work remotely.

The co-working industry is here to stay and will change the real estate market significantly in the coming decade.

We see stronger demand for advanced logistics facilities and distribution centers. This is mainly due to the quickly growing eCommerce market and increased automation.

In July 2019, Blackstone spent almost USD 1 billion on various distribution facilities in Japan, including one of Amazon’s distribution centers. Yields normally average at 4% for this kind of property.

With that in mind, the demand to lease warehouses and industrial property increases, due to high land costs.

Below I’ve included a simplified list of the steps included when buying commercial property in Japan.

You should find a reputable agent earliest possible that can help you find interesting objects, help you through the buying process, documentation, and communication.

If you’ve not managed to find an agent yet, I recommend you to read my separate article where I list some of the top real estate agencies in Japan.

You generally need to pay 3% + JPY 60,000 – consumption tax to agents, but the rate can go down for bigger transactions.

When you’ve found an interesting object, you need to check the title, boundary confirmations, and if there are any encumbrances attached to the property.

This should be done with the help of your agent and a solicitor.

Besides, an Engineering Report (including seismic assessment), an Environmental Report and Valuation Report, among others, should be provided to minimize the risk of unpleasant surprises later.

You need to pay an initial deposit of 5% to 10% to secure the property. However, the deposit is sometimes included in the purchase price and treated as an expense. If a deposit is required, it’s paid before you sign the final contract.

When you’ve reviewed and signed the SPA, the seller should hand over the keys and the remaining documents. After, you need to visit a local Legal Affairs Bureau to transfer the property in your name.

If you buy commercial property like a hotel, you’re subject to taxes when buying and holding a unit.

The acquisition tax normally ranges between 1.5% to 4% for commercial property and is multiplied by the purchase price.

A registration tax of 1.5% to 2% applies and is multiplied with the purchase value.

Stamp duty of JPY 480,000 is paid when transferring the unit in your name.

In transactions between corporations, a consumption tax of 8% is multiplied by the value of the building, excluding the land.

If you operate a hotel, you need to pay corporate tax when holding the property.

The corporate tax is currently 33% to 35%, which is fairly high. Yet you can choose a company structure that allows you to reduce your tax burden.

The same as for the corporate tax, you need to pay an annual property tax when holding the property.

The property tax consists of the Fixed asset tax and City planning tax. The total tax ranges between 1.4% to 2.1%, even if only 10% of local governments charge a property tax higher than 1.4%.

It’s not always easy to know where to buy property in a foreign country. Below I’ve listed four cities worth considering when buying commercial property and especially hotels in Japan.

The supply of hotel rooms has increased drastically in Tokyo, mainly to prepare for the Olympics and other events. Yet prices are also the most propped up and yields not as high as in regional areas.

As such, Tokyo might not be your best investment destination, but you have other options with lower costs and higher yields.

Osaka is an upcoming city where we’ve seen a big supply of new hotels recently. Returns are not as high as before, even if Osaka continues to be a hot market and the second most popular location for overseas investors.

Rents are predicted to increase much and Osaka will outperform cities like Tokyo.

Nagoya performs well with property prices and rents that are far below those of Tokyo and Osaka. The office sector is a strong performer and has some of the highest occupancy rates in the country.

The location of Nagoya is also preferable, being in between Tokyo and Osaka. The city will benefit much from the newest and fastest bullet train line, operating from Tokyo.

Nagoya, Sapporo, and Fukuoka will all see a shortage of hotel rooms until 2020.

Hokkaido and Sapporo will see rent hikes and a shortage of hotel rooms in the coming years.

Hokkaido continues to attract more tourists, with loosened visa restrictions, places like Sapporo are predicted to perform well in the coming years.

What are some of the biggest commercial real estate agents in Japan?

All of the major real estate companies have offices in Japan, catering to locals and foreigners. Some of the most notable ones include Colliers, CBRE, Savills, and JLL.

Can a foreigner buy land in Japan?

Yes, foreigners are allowed to buy land, no matter what visa you have. With that said, you cannot become a permanent resident or receive any special visa status by investing in real estate.

Foreigners have no general issues to invest in commercial real estate in Japan, which makes it an attractive destination among overseas property buyers.

Naturally, this will increase the demand for hotels and other commercial property types, especially in cities like Osaka, Nagoya, and Sapporo. There are many new projects in the pipeline.

However, buying a property in Japan can also be a daunting task. Contracts are often written in Japanese and different permits and licenses are required when operating a hotel, for example. As such, you should seek help from an agent from day one.

If you want to know how it works when investing in Japanese REITs, I recommend you to check my separate article.