If you ever plan to visit the Philippines, you’ll probably see that Manila, Palawan (El Nido), Cebu, and Boracay are the most popular areas.

The 1st choice for many foreigners in Cebu.

Compared to Manila, Cebu has 167 islands located in the region, making it a great place for scuba diving, golf, and other activities.

There are also many direct flights from countries like Korea and China.

Many cities in Cebu are urbanized, developed, and caters to locals and foreigners who are engaged in commercial trade and other businesses.

It’s “cleaner” and more relaxed, suitable for families, retirees and people who want to be close to the golf courses.

Not to neglect, Cebu has the biggest harbor after Manila and many travelers need to make transit here, before continuing to any of the beautiful islands in the region.

Thanks to this, Cebu offers a great number of condos to foreign buyers.

Even if Cebu City is highly developed, compared to many other places in the Philippines, its workforce is almost 30% cheaper compared to Manila.

This has made it an attractive place for foreign corporations, including Accenture, Coca-Cola, and Xerox.

You might think that condo prices are cheaper compared to Manila, but the fact is that condos in Cebu City often have a price tag similar to the better areas in Manila.

Condos are built in a somewhat slower pace compared to before, the truth is, that Manila is not the only city who struggles with an oversupply of condos in the Philippines.

Cebu’s property market has been showing some warning signs as it’s getting a bit saturated, especially in Cebu City, and its business district.

One of the main issues is that developers undertake too many condo projects, in response to a predicted demand, that might not be realized in the coming future.

So where are condos mostly built in Cebu?

75% of all condos are located in Cebu City and a big portion of the remainders are in Lapu-Lapu and Mandaue. 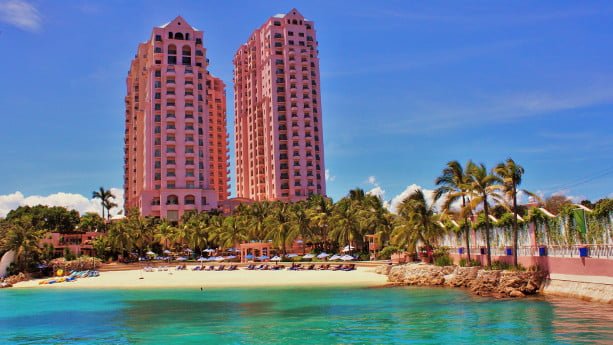 Differences between Cebu and Manila

Cebu City and Manila have many differences, there’s a reason why some foreigners decide to buy a property in Cebu instead.

Metro Manila is a huge city that caters to many wealthy locals and foreigners, but it also struggles with poverty, criminality, and ongoing drug war.

Cebu has seen an uprise in criminality as well but is still generally safer compared to Manila.

Manila is the city to go to if you want to stay out 24/7, it offers everything you need when it comes to living a flamboyant lifestyle, including shopping, dining and other amenities.

Cebu is more local but attracts a great number of foreigners, thanks to its more relaxed impression.

If you want to visit the beaches, go scuba diving, festivals and live closer to nature, Cebu is probably a better choice.

Where to buy a condo in Cebu

Cebu is a province that has a number of interesting cities. Cebu City is the provincial capital of Cebu and part of Metro Cebu.

Let’s have a look at Cebu City, Mandaue, and Lapu-Lapu and what separates them.

Cebu City is the 4th biggest city in the Philippines, with a population of almost 1 million people.

It’s considered to be more developed compared to many other cities in the Philippines, attracting foreign investors from all around the world.

Bigger corporations, including Accenture and Xerox, have opened up offices here.

Even if Cebu City is a great place to live and the prime spot for many tourists, condo prices are similar to those in the better areas in Manila.

If you look for future price appreciations and cheaper property, other areas in Cebu should be of interest to you.

Mandaue is located to the West of Cebu City and is slightly smaller.

With a population of almost 400,000 people, 40% of all export offices in Cebu have their offices in Mandaue.

75% of all furniture produced in the Philippines comes from Mandaue, which should speak for itself.

Mandaue has received less attention compared to Cebu City in the past but has a big commercial and industrial sector.

Add the tourism and you probably understand that there’s a demand for properties, especially condos.

You shouldn’t overlook this smaller city which will see growth potentials in the coming years.

Lapu-Lapu is an urbanized city, located on the right-hand side of Cebu City, on Mactan Island.

With a population that is around the same size as Mandaue, Lapu-Lapu is an urbanized area that will get more attention, as the condo market is stagnating in Cebu City.

Even if Cebu City is the preferable choice for many foreign buyers, Lapu-Lapu is more untapped and can offer better yields the coming years.

It’s not always easy for inexperienced foreigners to find real estate agents in a country where they have never lived or bought property before. I highly recommend you to find a real estate agent if you fit into this description.

In Cebu, some of the biggest real estate agents are:

Some of the biggest real estate listings operate in the whole of the Philippines and are:

You can do more research on the internet and see if you find any company of interest.

Cebu City is a great place if you want to live closer to nature and to the beaches, but still enjoying vibrant nightlife.

Mandaue and Lapu-Lapu are smaller than Cebu City but located just next to it. With corporations pouring into these cities.

2 Responses to “Buying a Condo in Cebu: A How To Guide”