Philippines is one of the fastest-growing countries in the world and continues to attract foreign investors and companies in vast numbers.

Metro Manila deservedly gets the most attention as it’s the capital, business hub, and accounts for a third of the countries GDP growth. Simply put, most things happen here.

Looking at investment preferences, buying newly built condos is undoubtedly the most common option among foreigners. Yields can be exceptionally high at the same time as the buying process is simpler and involves less paperwork.

Still, it’s important that you learn about the property market, the most promising areas, and what prices you can expect to pay when buying condos in Manila beforehand.

In this article, you’ll learn about the following: 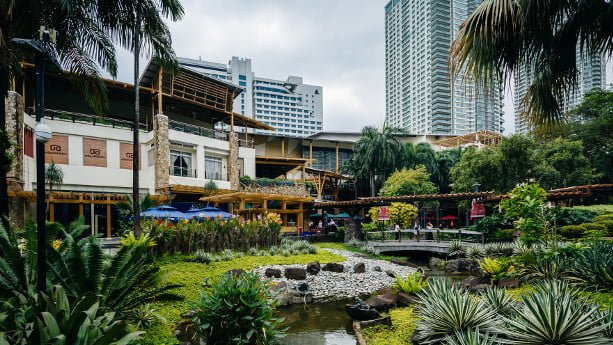 Manila’s real estate market has grown much since 2010 since the economy really started to take off. With a 6% – 7% yearly growth the residential sector and office sector have flourished and attracted much foreign investment.

The main reasons behind the rise are:

Many claim that Manila is the best place to buy property in Asia at the moment thanks to its healthy market and promising future.

Purchasing a condo is easier compared to local flats and villas, we see buyers from Singapore, Hong Kong, and China snapping up as many as 20-30 units at a time. The buying process is also fairly straightforward at the same time as you’ll be able to earn yields stretching well above double-digits from time to time.

Not surprisingly, foreign property buyers who target Manila want to allocate cash and find investment vehicles that can give good returns.

Besides, many of the leading real estate companies claim that Metro Manila is the most affordable capital city in Southeast Asia for office space. It’s said to be the 3rd best global destination for business process outsourcing globally, having the lowest vacancy rates for office space regionally.

Overall, Manila’s real estate market continues to stay bullish and many analysts believe it will continue like this in the coming years. There are plenty of upcoming areas that should be of interest, something we will review later in this article.

The Best Places to Buy Condos in Manila 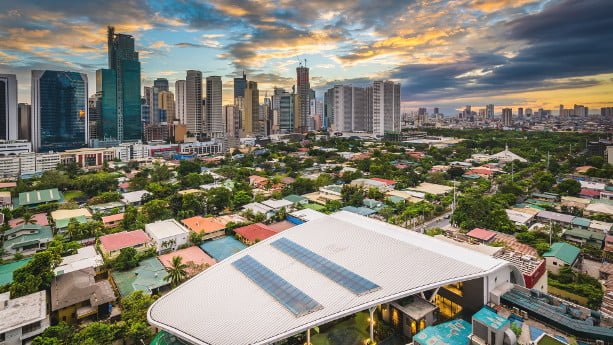 When talking about Manila, many people refer to municipalities or cities, like Quezon City or Makati. Having around 24 million inhabitants, Metro Manila is huge and actually consists of different cities.

Manila is the capital and located in the central parts of what is called “Metro Manila”. It’s small by comparison and the most densely populated place in the world, outperforming cities in India, Singapore, and Hong Kong.

Many get crippled by the mixture of Asian culture and traces from Spanish history that can be found here. You’ll find colonial buildings and churches dating back hundreds of years ago.

It can proudly say that it has the oldest Chinatown in the world, dating back to 1594.

Surprisingly, there are not many condos in Manila, as it’s a bit overcrowded with people and historical buildings. Instead, you need to look in municipalities and cities surrounding Manila.

Let’s have a look at the most popular and promising areas in Metro Manila.

Makati is located Southeast of Manila and famously known for being the financial hub.

Here, you’ll find the tallest skyscrapers, many multinational companies, shopping malls, restaurants, colonial era-churches, and museums. Thus, it’s not surprising that Makati is one of the most popular districts to buy condos.

Even if Makati is Manila’s equivalent to Manhattan, property prices are still surprisingly low and far below those in Singapore, Hong Kong, and many other big cities in Asia.

Makati is one of the best performers in terms of capital appreciation where prices have increased by double digits yearly. Below, you’ll find the average price increase for 3-Bedroom condos in Makati:

Quezon City is located in the northern parts of Metro Manila. Being the capital from 1948 – 1976, it’s the biggest city in terms of land area and has around 3 million people.

Condo prices are lower compared to the central areas and Makati. This brings more opportunities in terms of future capital appreciation. In fact, Quezon city grows fast and has many top universities and many international companies set up offices here.

Taguig is located in the Southeastern parts of Manila with a population of almost 1 million people. Starting as a fishing village, it’s now a developed area with many high rising condos, corporations and malls.

Bonifacio Global City (BGC) is one of its newest establishments and currently one of the most interesting areas for investments. We can mainly thank its proximity to Manila for the upswing seen in financial and commercial activity in the past years.

Previously being under the use of the army, BGC has emerged as a business hub. Here, you can find many high-rise condominiums and gated communities.

Pasig City is another upcoming area that has much residential real estate, mainly in the middle and upper-class segment.

There are some commercial activities going on here as well.

Ortigas Center is just one of the business districts that grow quickly. You’ll find many hotels, shopping malls, and multinational companies that open offices in Pasig. 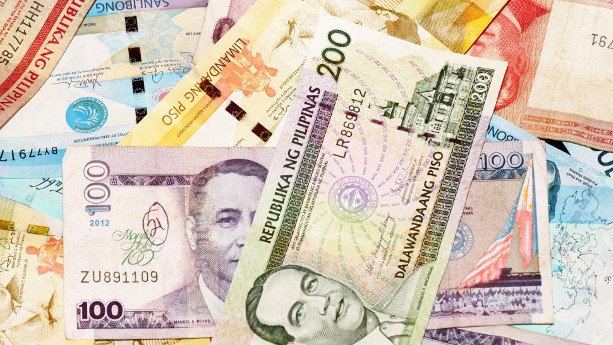 As mentioned, Manila has surprisingly cheap real estate, even in the most central and developed areas.

Real estate prices average at almost USD 2,600 per square meter in the central areas which place the Philippines as the fourth cheapest country to buy real estate in Asia.

Buying in suburban areas is significantly cheaper and will only set you back only around USD 1,200 per square meter on average.

Now, let’s have a more thorough overview of the different price levels for residential real estate in the most promising districts and cities.

Makati is (not surprising) the most expensive area to buy condos.

When looking at various small-sized 1-Bedroom condo units on Lamudi’s website, you’ll find condos that start from USD 80,000 – 100,000 per unit.

There are both real bargains and high-end units to be found in Quezon City. As the city is the biggest in terms of land area, you’ll find a great variety of properties.

You can find small 1-Bedroom units starting from as little as USD 10,000.

Still, you probably want to find condos with a higher standard. In Eastwood, which is a popular area, you can find a big 2-Bedroom unit for as little as USD 80,000.

Below I’ve included a list with popular areas and the average prices per square meter for condos:

There’s a bigger supply of condos in Taguig compared to Quezon City.

You’ll be able to find spacious 2-Bedroom units for as little as USD 100,000 in places like Fort Bonifacio Global City.

Pasig is a bit more expensive than Quezon City, both in terms of rental values and condo prices.

It’s important that you find a credible agent before you buy condos in developing countries like the Philippines.

I highly recommend you to work with a franchised and international real estate agent, to assure that they follow standards. If you prefer to work with an individual agent, check their track record and be sure that they’ve helped foreigners in the past.

Working with a separate lawyer is often not a must when buying condos as agents often have good knowledge about ownership regulations, use internal contacts, and help you in the communication with the developer.

Some of the most popular real estate agents in Manila include:

Real estate agents typically charge a commission of 2% – 3% of the sales value, while brokers charge 3% – 6%.

The Philippines has one of the fastest-growing economies in the world, where Manila leads the way. Some analysts say that Manila is the best place for real estate investments at the moment, which makes it a highly interesting investment destination.

The market has performed exceptionally well since 2010 and prices have increased by double digits in places like Makati.

Even if the market has been bullish for years, and we’ve seen great price increases in places like Makati, the market will most likely continue upwards for a couple of years.

The increased inflow of Chinese buyers increased wealth among locals, offshore companies, and high remittance from overseas workers have had much impact on the market.

Makati is the most expensive area to buy real estate, while you can find real bargains and good investment opportunities in places like Bonifacio Global City (BGC) and Quezon City.

How long can you own a condo in the Philippines?

There’s no limitation to the time you can own a condo as you can buy these on a freehold basis. You can only lease land with a period of up to 50 years and with sometimes with an opportunity to renew the lease for up to 25 years as a foreign individual.

How many condo units can I buy?

There’s no official limit to the number of units you can buy as long as the foreign quota of 40% isn’t filled in a specific condominium project.

Want to learn more about the benefits of buying condos in Manila or find new condos for sale? Here are some additional guides:

2 Responses to “Buying Condos in Manila: The Ultimate Guide”