But the market has been stagnating for some years. The demand and occupancy rate has decreased by double digits in the past years.

A weakened demand from the Chinese and the introduction of a 20% luxury for properties worth more than USD 750,000 are two primary reasons.

Regulations to foreign property ownership are strict and many investors have stood on the sideline, waiting for changes by the government.

Joko Widodo has made statements claiming that foreigners will be treated almost equally to locals, to spur investments.

For instance, foreigners cannot get freehold ownership of properties, not even of condos. Instead, many set up local contractual setups, giving them the right to either use or lease the units.

Even if many foreigners prefer to buy new properties, you have no access to the established (second-hand) property market, which has great potentials.

Fortunately, the government will need to change regulations in the coming years, if Indonesia is to compete with its rapidly growing neighbors.

The government has also tried to twist on existing regulations, but without great success so far. The regulations are simply not transparent enough yet and many investors stand on the sideline. 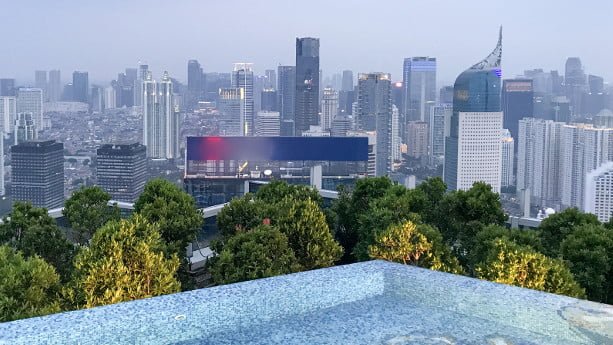 The Future of Jakarta’s Property Market

Jakarta’s market has great potentials in the long run. Below I’ve listed some reasons why.

a. Jakarta’s ratio of housing loans to its GDP is low and a fraction compared to many neighboring countries

b. Interest rates are kept low, giving the opportunity for locals to borrow money for real estate purchases

c. New MRT and LRT projects will help to transform and boost the market. People will be able to buy real estate in fringe areas such as in Northern Jakarta

Due to the lack of an efficient public transportation system, many locals and expats have been forced to buy in the central areas, closer to work and schools. Jakarta is notorious for being congested and commuters have to wait in traffic for hours daily.

d. Regulations of foreign ownership will inevitably change, which will give greater incentive for foreigners to buy real estate in Jakarta

Where should I buy property in Jakarta?

Let’s have a look at the most promising and popular districts.

Central Jakarta is a major commercial area, which is reflected by its property prices. You will find the most expensive units here.

With influences from old colonial history, expats tend to live and work in this bustling area. The same as for the more affluent areas in Southern Jakarta, many local politicians reside in this district.

Menteng is a sub-district in Central Jakarta and is famous for having many high-end residencies. The infrastructure tends to be of lower quality compared to less bustling areas in the South.

It’s the oldest area in Jakarta and with a history of hosting Dutch officials and other powerful people. Even Barack Obama used to live here when he was younger, attending a school nearby.

Menteng sometimes struggles with traffic congestions as many roads go through Menteng, continuing to other parts of the Central district.

Living here will result in an abundant lifestyle, including everything from encounters with street vendors selling fresh food and drinks, to local markets, proximity to shopping malls, restaurants, and more.

Golden Triangle is not as old as Menteng but has become an increasingly popular area for expats and locals. Three major roads: JL Gatot Subroto, JL Rasuna and JL Sudirman all connect here.

The area is preferable if you want to work and favor convenience instead of green areas and parks. 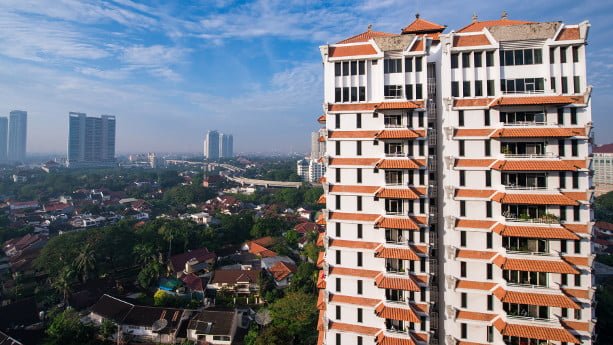 South Jakarta has been one of the most popular districts next to Central Jakarta. The districts bring some similarities as they are more developed and have brought more attention over the years, compared to the others.

Jakarta is infamously known for being heavily congested, something it will likely be able to resolve partly with the new MRT and LRT lines. South Jakarta also deals with the same problem depending on daily times, smaller roads are generally less congested though.

Many politicians and locals with deep pockets decide to reside in Kebayoran, an area filled with larger houses and with proximity to the central district (where most business is being done).

The area is popular with expats as well for a number of reasons, maybe most notably because it’s more well structured and has a tradition of hosting many foreigners, building up local communities.

Old large trees dating back from the time of affluence are standing beside the roads, bringing similarities to Xinhua Road and particular areas in French Concession, in Shanghai.

Sudirman is a large business district with many condos, office buildings, and hotels.

With the new MRT line at Jalan Jenderal Sudirman, further connectivity is planned with neighboring areas.

Similar to Kebayoran Baru, Kuningan has many plush villas and where many foreign embassies are located.

The area is also famous for being more structured compared to other parts of Jakarta. You can find many restaurants, shopping areas, and schools here.

North Jakarta has received little attention previously, it’s not strange as the district is located a bit further away from the Central, where things happen. Living in North Jakarta, but working in the Central, has not been an option simply due to distances and less development.

However, times are changing, and with the MRT up and running within a short future, investment and construction will spread over the city.

North Jakarta was where everything started in Jakarta and it’s strategically located, bordering next to the ocean. Both Jakarta’s harbors are located here.

Thanks to the developer PT Summarecon Agung’s initiative, Kelapa Gading went from being a sleepy area to become developed, currently having much commercial activity and residential areas.

Yields in the area are normally very good and you can find everything from villas, condos, and apartments.

As Chinese tend to build up communities, similar to what we’ve seen in Johor Bahru and Sihanoukville, Kelapa Gading will most likely attract a big chunk of Chinese investors over the years.

Much development is targeted towards the Western parts of Jakarta, to give similarities to the South district. Worth mentioning is that its Chinatown is located here, for those who wish to live in a Chinese community.

West Jakarta borders another city, Tangerang, here you’ll also find the international airport conveniently located close by. Many residential properties and a dozen of shopping malls can be found in this developing area.

The same as for North Jakarta, real estate has been in lower demand, this is reflected in the prices as well.

With the MRT and LRT up and running within the near future, you should definitely not neglect North and West Jakarta.

You can buy established properties in Jakarta as a foreigner, but a common option is to buy directly from developers.

We have written a complete article listing the biggest developers in Indonesia, many of them with headquarters in Jakarta.

Some examples of the most well-known real estate developers include:

You can also visit the websites directly to see what projects they have finalized and where they operate.

There are many real estate agents available in Jakarta, both foreign-owned and local. Some of the most popular among real estate investors are:

Commissions normally land at 2% – 5% when hiring real estate agents. This cost is almost inevitable as it’s virtually impossible to navigate the Indonesian real estate market on your own.