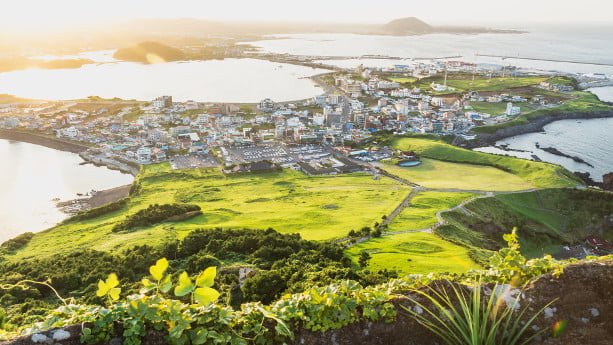 With a population of only around 660,000 people, this small island attracts more than 15 million visitors a year, which is kind of astonishing.

Thanks to its visa-friendly policies and the ease of getting permanent residency, Jeju Island has sprung to become the top choice for foreign investors in Asia.

In this article, I explain the basics you need to know when buying real estate as a foreigner on Jeju Island.

Jeju Island was previously considered a great market for investments in hospitality properties, including resorts, villas, and vacation homes.

Overseas investors have targeted land plots, developments of new vacation homes, and beach resorts thanks to favorable visa policies and proximity to cities like Beijing and Shanghai.

Yes, investors primarily come from China and around 80% to 90% of foreign investors are from the country.

These investments mostly came in the form of real estate investments as Jeju Island has considerably fewer investment options than bigger cities like Seoul and Busan.

Investments Move to Other Cities in Korea

Even if Jeju remains the second-most popular option among Chinese real estate investors, the market has cooled down.

The primary reasons are increasing property prices and changes in regulations to residency permits, which are only available to investors in tourist zones at the moment.

To counter this, the Korean government has also started to restrict permits for new constructions. Due to these changes, we’ve seen a shift where foreigners target cities like Seoul, Incheon, Bucheon, and Ansan.

Also, there were a few protests against the ever-increasing tourists and foreigners by the locals. Due to the protests, the Korean government temporarily suspended the plan for a second airport.

The anti-tourist protests, as well as political tensions between the two countries (over the installation of the American anti-missile system by Korea), also caused a decline in investments from China, which affected the market.

Despite seeing a slump in tourists and investments, Jeju Island still attracts plenty of Chinese visitors and investors.

For instance, the mega casino project built by a well-known Chinese developer is primarily to cater to Chinese travelers.

Where should I buy property on Jeju Island? 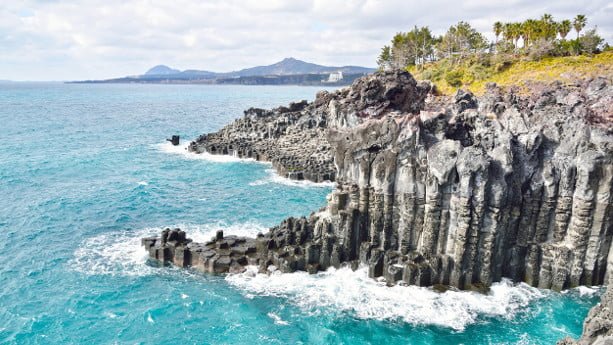 For this reason, settling in Jeju Island is easy thanks to its vibrant and growing expat community. Below follows a few places that should be of interest to real estate investments.

Jeju City is the capital city of the self-governing Jeju island, one of the nine provinces in Korea. It’s a popular destination for local Koreans, as well as foreigners, and mainly Chinese tourists.

In the last few years, many Chinese have managed to obtain permanent residency in Jeju City, resulting in the above-mentioned real estate boom.

As you only need to invest a certain amount to get permanent residency irrespective of your nationality, it’s also called “a Free International City.”

Worth mentioning is also that it’s the only city on the island that has an international airport as well as a seaport, even if a second one is underway. This makes it the main entry point to the island.

With a population of around 660,000, most of the foreigners on Jeju Island live in Jeju City. A few also live in the neighboring Seogwipo City, which has increased in popularity.

The most popular area in Jeju City is the Jeju City Hall area, the city center, and the business district. The City Hall Area is known for its bars, restaurants, shopping malls, and live music venues.

Seogwipo is the second-biggest city with a population of around 160,000 people. It’s known for its beaches, resorts, and is a good option if you want to invest in hospitality properties.

The area is filled with the most popular tourist attractions on Jeju Island, along with restaurants, shopping malls, hotels, villas, and resorts.

Jeju Island enjoys the status of being a Special Autonomous Province and has different visa and immigration policies than the mainland.

If you compare Jeju Island to other parts of Korea, prices have increased more on average in the past years.

From 2015 to 2016, land prices increased by around 20%, the biggest increase in the country. Nowadays, prices “only” increase by around 7% annually, and where Jeju City is the main driver.

Below I have included some commonly asked questions and my replies. If there’s anything else you wonder about, feel free to write a comment below or contact us directly.

Can foreigners go to Jeju?

Foreigners generally have no restrictions to travel to Jeju Island and most nationalities can do so visa-free. Different regulations might apply depending on the circumstances.

For instance, during the pandemic international travelers were not able to visit the Island.

Do Indians need a visa for Jeju Island?

Indians generally don’t need any visa to visit Jeju Island for up to 30 days. As mentioned above, there are only 11 nations globally that need visas first. Keep in mind that special circumstances might affect visa waivers.

It’s not strange, as products have to be imported to this small island and it lacks the demand and transports which can result in economies of scale. Be prepared to add 10% to 30% to your budget for general livings costs such as food.

Yes, Jeju Island is as safe as other cities in Korea. Theft, assaults, and unprovoked violence are virtually not heard of.

The real estate market has been red-hot in Jeju Island in the past decade but slowed down due to escalating real estate prices and stricter visa regulations.

Worth mentioning is also that the local government put a halt to visa waivers due to the COVID-19 pandemic.

Despite seeing escalating real estate prices, Jeju Island remains one of the most popular destinations for foreign investors, primarily from China. That said, more focus is being shifted to Seoul, Incheon, Saegwipo, and other cities.

Jeju Island will continue to be a sought-after island as long as the Korean government allows it to offer visa exemptions and preferable permanent residency policies.

Want to read other topics on buying Korean real estate?

In addition to this article, I have covered a wide range of topics, explaining the real estate markets, top real estate agencies, and how to buy real estate in general. Some examples include:

16 Responses to “Buying an Apartment or House on Jeju Island: A Foreigner’s Guide”