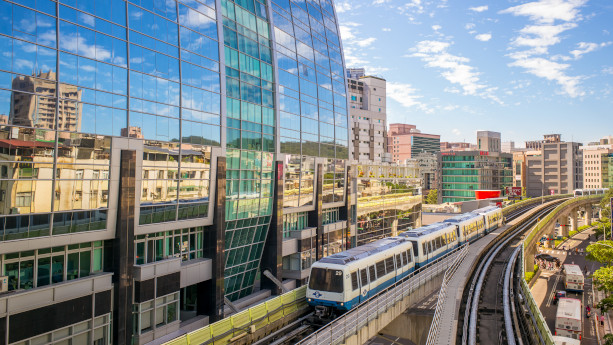 Taipei is a green and vibrant place with education that costs a fraction compared to many other countries.

This is sought after, not only by people from Hong Kong or Singaporeans but from westerners as well (I planned to study in Taipei before).

With its beautiful city landscape, bustling nightlife, and strategic location, it’s not surprising why Taipei is one of the prime destinations for foreigners in Asia.

In this article, I explain the basics when buying property in Taipei.

Taiwan’s and especially Taipei’s property market has been quite turbulent since the early 2000’s.

The fact is that Taipei currently has some of the most expensive properties in Asia, comparing not only salary to housing costs but property prices in general.

It’s just a matter of time until the market reaches the same price to income ratio as in Hong Kong, which speaks for itself.

With government policies that are less protectionist and less efficient than those in Singapore (Singaporeans should thank Lee Kuan Yew for this), there’s been a continuous lack of property.

Still: some (or quite many) Singaporeans and Mainland Chinese still find Taipei an attractive place to store some cash.

The quality of life and cheap education offered, in combination with low-cost commodities and other amenities are probably driving the demand. Bear in mind that Taiwan is relatively stable too.

Despite having regulations stating that mainlanders can buy a maximum of 400 units a year, loopholes have made it possible for them to buy significantly more properties.

So will house prices increase in the coming time? Unfortunately, it doesn’t seem so.

Currently, property prices are in decline in Taipei and with a declining birthrate, it’s predicted that prices will decline even more in the coming years.

Where should I buy property in Taipei?

Taipei is a big city divided into different districts that you should learn about, before engaging in any property transactions.

Let’s have a look at some of the most popular areas, where foreigners buy property.

Shilin district is one of the biggest districts and located in the Northern parts of Taipei.

Thanks to its proximity to beautiful nature, located just at the foot of Mount Yangmingshan, the area has attracted many foreigners and built up local communities.

You’ll not have any problems finding international schools here, in case you plan to send your children overseas, or if you plan to relocate to Taiwan yourself.

Da An is located in the Southwestern parts of Taipei and is a residential and commercial center. You’ll have no issues finding diners, bars, or shopping malls in this area.

The most famous universities in Taiwan have their seats here, such as the National University of Taiwan, making it an attractive spot for property buyers.

Prices in Da An district

Songshan is located in the central parts of Taipei, just above Xinyi, which is also a popular and famous area.

You’ll find Songshan airport in this area, where many foreigners arrive with airplanes.

Minsheng road is a great area and popular among foreigners, it connects Songshan district with Datong District.

Even if Songshan has fewer skyscrapers and commercial buildings compared to places like Xinyi, you’ll have no problems enjoying the lively night markets (not excluding weekdays).

If you’re less experienced, it’s important that you advise a real estate agent, before engaging in any property market as a foreigner.

Some of the most popular real estate agents and listings in Taipei are:

a. UR House Realty

If you’re a Mandarin speaker, you won’t have issues communicating with real estate agents in Taipei.

Otherwise, find a real estate agent that can speak English. It’s also important to make sure that they helped foreigners to buy property before.

Taipei is a great place to live, even if the property prices are well beyond many foreigners’ imaginations, many Mainland Chinese and Singaporeans decide to buy property here.

We should also not forget the Japanese, with expats and residents of thousands in Taipei.

A benefit of buying property in Taipei is that foreigners can get access to freehold properties and also own land. This is not the case many other Asian countries, like Vietnam, Thailand or the Philippines.

If you seek a higher price appreciation and rental yields, you should probably turn to other countries in Asia though.

1 Responses to “Buying Property in Taipei: A Complete Guide”