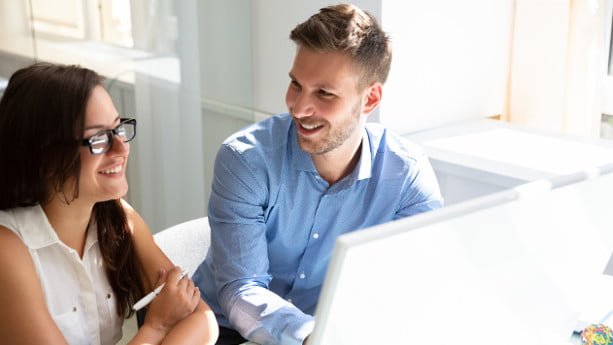 Do you plan to buy property in Cambodia?
Click here to get in touch with an experienced agent

Cambodia is still under many investors’ radar primarily due to its small labor pool and low manufacturing readiness level. Being one of the least developed countries in Asia, it has a low level of industry diversity when compared to Vietnam, Indonesia, the Philippines, and Thailand.

You might have noticed that forecast publications and analysis by companies and government organs like PwC and JETRO exclude Cambodia. Also, the biggest eCommerce websites in Southeast Asia, Lazada and Shopee, are not yet available in Cambodia.

Even if some multinationals and primarily Japanese companies have set up shops here, textile production, tourism, and agricultural activities still contribute most to the economy.

Cambodia has generous visa regulations and foreigners have no issues owning 100% of certain company types. However, property ownership is restricted and we can only own 70% of the units in strata projects, which are typically condominiums or strata offices.

To recite the 2010 Law on Provision of Ownership Rights: “Foreigners have ownership rights in private units of co-owned buildings only from the first floor up. The ground floors and underground floors cannot be owned by foreigners.”

As such, industrial property is beyond your reach unless you trade real estate through a company. The final option is to lease property, which is remarkably easier and less complex compared to fully acquiring commercial real estate.

Property can be leased for up to 70 years with a chance for renewal.

Investing in Property Through A Company

According to the Law on the Investment of the Kingdom of Cambodia (Chapter VI, Article 16), foreigners can invest in land with legal entities, and where more than 51% of the equity capital are owned by legal entities or natural persons holding Cambodian citizenship.

This can be resolved by adding three security layers in the company that holds the property, typically as follows:

First, two different classes of shares are created, one class for the local investors and one for the foreign investors. The shares distributed to the foreigners have stronger rights and thereby increased control over the company that holds the property.

In addition to the different classes of shares, several private agreements are created, explaining that the Cambodian shareholders grant special rights to the foreign investors. This can be, for example, that the foreigners have a permanent majority on the board.

Finally, the company holding the unit can register a mortgage on the property and no transfers of ownership can occur without the consent of the foreigner.

Chinese Companies in the Cambodian Market

There are plenty of examples of Chinese investors that operate in the Cambodian market with the help of local partners.

One of the biggest contractors globally, China State Engineering Co Ltd. is another major company that is responsible for building the biggest integrated complex in Phnom Penh, valued at USD 250 million.

As mentioned in my separate article about buying industrial real estate in Vietnam, Cambodia has few free trade agreements compared to other ASEAN countries.

At the moment, Cambodia has one bilateral agreement with China, which accounts for 43% of all exports to the country.

Vietnam, on the other hand, has free trade and bilateral agreements with the EU and the US, including the European Union – Vietnam Free Trade Agreement and the US-Vietnam Bilateral Trade Agreement.

Singapore and South Korea are the only countries in addition to Vietnam that have free trade agreements with the EU.

While the EU and the US remain significantly important to Cambodia’s textile industry, absorbing 25% and 26% of all supply respectively, China has emerged as a strategically important partner.

China is the “backbone” of Cambodia’s economy, contributing to most of the aid and investments.

Having a population of around 16 million people, production is concentrated in a few cities and clusters in Cambodia. Below I have listed the biggest and most interesting ones to investors.

Phnom Penh gets the most attention when foreign investors look for market entries in Cambodia. The city has the largest labor pool and most infrastructure investments are dedicated to the capital.

Renowned multinationals like Denso, Toyota, Nippon Express, and Coca-Cola are just a few examples of companies with operations in the PPSEZ, for example.

Thus, it’s evident that it not only attracts companies in food production, tourism, and textiles but also in more advanced industries like automotive.

No matter what industry you’re operating in, Phnom Penh will most likely be one of your top choices to assemble, produce, and store products.

From being a sleepy fishing village, Sihanoukville has become one of the most important cities to Cambodia’s economy.

The city is most famous for attracting many Chinese developers and investors, pouring money for the construction of casinos and residential buildings.

The construction has proceeded in an uncontrollable manner, harming the local society, environment, and dividing the community.

The city plays an important role in the Belt and Road Initiative and the Ministry of Commerce in China (MOFCOM) has even created a whole article about it.

The Sihanoukville Special Economic Zone in Cambodia (SSEZ) is a major development, jointly built with China. Covering a land area of more than 11 square kilometers, the SSEZ will be constructed in two phases:

Battambang is less frequently heard of than Phnom Penh and Sihanoukville, but grows at an exceptional rate. With a population of around 120,000, it’s the third-biggest city in Cambodia and located in the center of Cambodia’s most important rice-producing province.

The city has served as a commercial center in Cambodia for hundreds of years and was established as an important trading city by the French in the 18th century.

Backed by Chinese and other foreign investments, a 2010 – 2030 economic development plan will help to change Battambang into a regional hub for the agro-industry, with products being processed and packaged before being shipped overseas.

Cambodia is one of the least developed and populated countries in Southeast Asia. Growing at an average rate of 8% in the past decade, tourism and textile production make up a majority of the economy.

In addition, companies in the heavy industries like international automotive- and components makers like Denso and Toyota have started to set up shops here.

Phnom Penh receives the most attention and Sihanoukville follows the capital closely at a second place. The latter one is predominantly receiving Chinese capital as well as travelers, something that has affected the city both positively and badly.

Investing in commercial real estate in Cambodia is not the easiest task on hand and foreigners can only get hold of strata-titled properties, typically condominium units. Thus, your only option to invest in industrial real estate is with the help of a company.

Plenty of investors have set up joint ventures with local partners to get access to the Cambodian market, something that will most likely increase in the coming years.