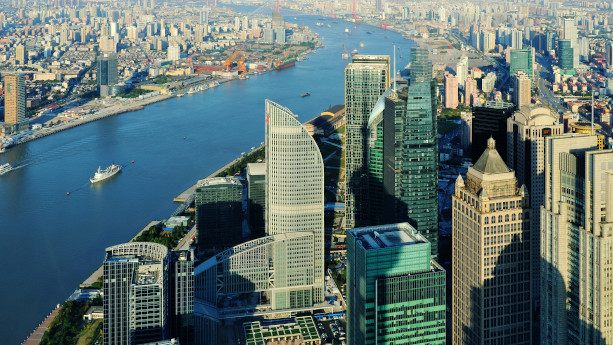 Do you plan to buy property in China?
Click here to get in touch with an experienced agent

With that said, China faces many issues due to a weakening economy that relies heavily on real estate, demographic challenges, and an escalating trade war with the US.

Besides, it’s not the easiest place to acquire property as a foreigner due to strict foreign ownership regulations.

This is not a yes or no question, as it depends if you buy as a private investor or through a local company. Let’s review both options to see what kind of property that foreigners can get hold of in China.

China is one of the least preferred destinations among private individuals who wish to capitalize on growing real estate markets in Asia. Most buyers of residential property buy for personal reasons.

Truth be told, China has one of the most overvalued markets in the world, low rental yields, and comparably strict foreign ownership regulations. For example, you must live there for at least one year before you can buy one residential unit.

Yes, you heard that right – one unit.

On top of that, you’re not allowed to own land like in Japan, Korea, and Malaysia.

If you still manage to get hold of a residential unit, you should keep in mind that you can only use the unit for self-dwelling purposes. Thus, buying-to-let is not an option and you cannot capitalize on the profits made from rentals.

Buying commercial real estate as a private individual is thereby not an option. Instead, you must open a company first.

Before you can acquire commercial property, such as office space or warehouses, you need to incorporate in China first.

You can either open a Wholly Foreign-Owned Enterprise (WOFE) or a Joint Venture (JV), which should be done with the help of a local credible law firm.

Besides, you can only invest in one real estate project through that entity.

The business scope of JVs and WOFEs is stipulated by the Special Administrative Measures for Access of Foreign Investment (Negative List), which is published every year.

Keep in mind that both land and buildings are registered under the same title, registered in the real estate register, and with the local registration authority.

In Shanghai and Beijing, for example, the authority is called the Real Estate Registration Center.

The below information must be documented in the real estate register:

Keep in mind that these are just examples and additional information is needed.

The Commercial Property Market in China

Shanghai’s and Beijing’s commercial real estate markets have performed significantly well, mainly due to the great influx of foreign investors.

This was particularly the case in 2019 as Chinese companies and sold off a large number of assets, due to the ongoing trade war and China’s weakening economy.

Having said that, Shanghai has been one of the best performers nationwide. In 2019, the financial hub accounted for 37% of all commercial property deals in mainland China, which is self-explanatory.

The hotel market thrives in China and is expected to be worth USD 136 Billion by the end of the year 2023. Interestingly, it will also be the world’s most popular tourist destination with 130 million inbound visitors in 2020.

Over the years, the hotel market has been in an upward trajectory trend, with increasingly more foreign corporations entering the market. We also see an increased demand among local travelers and business persons, who need hotels for their accommodation.

Even if China’s economy was the slowest in 28 years in 2018, the hotel market has grown at an impressive rate due to its growing middle-class and new government policies that encourage domestic consumption.

China has the second-biggest retail property market in the world and plays a vital role in the country’s economy.

The residential property market has taken a big hit and banks, including J.P. Morgan, and analysts predict that developers will shift to long-term rental properties, including offices and shopping malls.

Besides, due to the strong and mature eCommerce market in China, J.P. Morgan believes that up to 60% of all shopping mall tenants will be driven by “experience” based retail services, including cinemas, ice rinks, children’s playgrounds, cafes, and similar by 2025.

China’s office space market saw the highest vacancy rate in a decade at the end of 2019. This was mainly due to a slowing economy and weakening demand. According to CBRE, the average vacancy rate was as high as 21.5% among seventeen major cities.

Due to the ongoing trade war, foreign investors have taken a wait-and-see approach, which has reduced in lower demand. Shanghai has been affected the most where vacancy rates increased by as much as 4.5%, from 14% to 18.5% in 2019.

Hopefully, the office space sector can improve along with positive outcomes in negotiations between the US and China.

The industrial real estate market has been one of the best performers, despite a slowing residential housing market.

We have seen an increased demand for high-standard warehouses, due to the expansion of eCommerce companies, manufacturers, and logistics companies. We also see scarcity of land in the larger cities and urban areas, which has resulted in more property buyers.

According to Colliers, the vacancy rates in prime logistics units are minuscule or close to zero. At the same time, JLL reported that prime logistics rents increased by more than 8% in Beijing during the fourth quarter of 2018. That’s the highest rate since 2004.

With increased stimulus from the government and the initiation of major infrastructure and commercial projects such as the One-Belt-One-Road initiative, will have a positive impact on the industrial property market.

Tier 2 and Tier 3 cities will also benefit from this in the long-term, thanks to economic spillover and when we see an increased scarcity of tradeable assets in the Tier 1 cities.

Investments in car parks have become increasingly popular as it requires less maintenance and oftentimes provides high yields. We have read about stories in Hong Kong and where investors can pay a million US dollars for a single parking space.

At the same time, there are more than 1.1 million new car sales per month, adding to the demand for car parks.

This will most likely result in higher parking fees and growing opportunities for investors who want to profit from this market segment.

China is a massive country where you’ll find sub-markets within cities.

For instance, the market in districts like Songjiang can perform differently from the central areas of Shanghai.

Let’s have a look at some of the most interesting cities when investing in commercial property in China.

Shanghai is the financial center of China and has seen tremendous growth in its commercial real estate market. Being located along China’s Eastern shoreline, the city plays a vital role in the nation’s economy and contributes to economic spillover to surrounding regions.

Over the years, Shanghai has climbed in rankings and was the fourth most liquid city worldwide in 2019. We’ve seen a strong interest in commercial property in Shanghai as financial, tech, and professional firms target premium office space.

With strong urbanization, primarily among millennials, Shanghai will continue to be a prime spot for commercial real estate investors in the coming years.

Beijing has become increasingly popular among foreign investors as Chinese companies struggle with a weakening economy and a plummeting housing market. Foreign investors still have the upper hand over local dittos.

Commercial property investments hit the highest levels since 2005 in 2019, showing that Beijing continues to be an attractive spot among foreign institutions. While Shanghai was the top city in terms of cross-border transactions, Beijing was in the top five as 2019.

Having a population of 11 million people, Wuhan is one of the biggest cities in China and located in the province of Hubei. Compared to Shanghai and Beijing, prices are not as inflated and Wuhan serves as an economic gateway to the East Coast.

Many commercial projects are now under construction here and the market will continue to expand in the future. Wuhan is quickly becoming the “New Retail City” for nearby cities and provinces, more and more operators and developers settle here.

Shenzhen has some of the most expensive real estate markets in China and is referred to as China’s “Silicon Valley”.

Thanks to its strategic location in Guangdong, many Hong Kong investors target the city for investments. You can find any kind of commercial real estate here, including hotels, office space, warehouses, and logistics facilities at its massive harbor.

In 2019, the commercial real estate market performed a bit worse compared to previous years and we will see a great supply of new Grade-A office space.

Yet, the market is predicted to rebound and primarily thanks to investments such as in the Guangdong-Hong Kong-Macao Greater Bay Area and efforts to build Shenzhen into a national pilot demonstration area.

Below you can find some of the major taxes and fees paid when buying, holding, and selling commercial real estate in China. Keep in mind that tax rates can change frequently so the information should be for reference only.

A transfer tax sometimes referred to as deed tax, of 3% to 5% multiplied by the purchase price. The rate differs according to the property type, location, and more.

11% of the gross sales proceeds which will be passed through to the purchaser to pay.

Normally stretches between 1% – 3%. The rate is lower for larger transactions.

A land-use tax is levied to persons who lease land and rates stretch between RMB 1.5 – 30 per square meter in Shanghai.

Paid by the seller. Increases progressively from 30% to 60%. The rate differs depending on the number of taxable gains derived from the transfer of real property.

Below I have listed some commonly asked questions and our replies.

The same as it goes in Vietnam, individuals cannot own land in China. But, they can get transferrable land-use rights that last for a number of years.

What information is included in a corporate real estate contract?