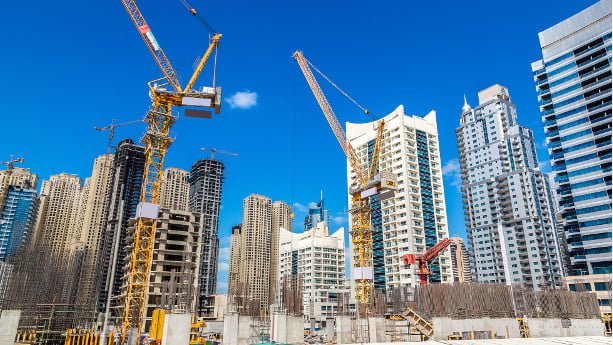 Dubai’s property market is one of Asia’s most volatile and we’ve seen many ups-and-downs since the early 2000s. In 2002, the government introduced new property regulations making it remarkably easier for foreigners to invest in property.

The market exploded and in 2006 almost 25% of all cranes in the world were allocated to Dubai for construction purposes. Just a couple of years later, Dubai took a hard hit from the subprime crisis and local expats with heavy debt burdens even fled the city.

Selecting a credible developer with sound financial results and a proven track record couldn’t be more important in such a volatile and competitive market.

Dubai is the home of hundreds of developers where the biggest mostly operate in multiple industries, are backed by large conglomerates, or founded by wealthy locals.

You must do a thorough background search about each developer before you commit to an investment. To give you a helping hand, I’ve written this article where I list some of the biggest property developers in Dubai.

Deyaar was founded in 2002 and has emerged as one of the leading property development companies in the last decade. Deyaar offers its services under four different business units that include:

In the beginning, Deyaar was serving as the property management unit of Dubai Islamic Bank, but as the company expanded, it later became an independent private company.

The CEO of Deyaar is Saeed Al Qatami who is acting as CEO and Managing Director since April 2010. Before moving to this position, he also served as Vice President of Business Development since 2007.

He also served as Director at Omega Engineering LLC and worked at Standard Chartered Bank before joining the Deyaar management team.

Deyaar has won several local and international awards in the last years, including:

They’ve developed both residential and commercial high-rise buildings, some even iconic in the Dubai skyline. They’re also planning to develop new projects in the hospitality industry.

The First Group is a global property development company operating in the UK, Spain, US, UAE, West Africa, Southeast Asia, and Cyprus. The head office is now based in Dubai, UAE, which was established in 2005. Their first local project was launched in 2006, since then they’ve completed a dozen more.

Danny Lubert is the founder and Senior Partner of the company and specializes in financial structuring and marketing. Rob Burns is the acting CEO and a graduate of Pennsylvania University, having degrees in marketing, business, and hotel & resort management.

The company was founded almost 30 years ago and has emerged as one of the leading property development and investment companies in the UAE.

The First Group has won numerous awards, including the following from Arabian Property Awards. 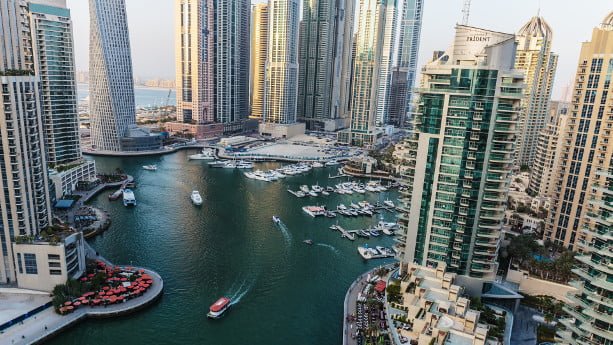 Owned by Chairman Sudhakar R Rao, the company entered the Dubai real estate market in 2005 and owns several other subsidiaries mainly working in the energy sector, like Gemini Energy.

Their property development unit launched a decade ago, but the company has operated in the Middle East’s energy sector for the last three decades. Symphony is one of their flagship developments, located in Business Bay.

Gemini Property Developers has only completed one residential project so far but is in the process to finalize its second. That said, it’s backed by its parent company, Gemini Group, which has sound financials.

Over the years, Emaar Properties has built some of the most iconic buildings in Dubai, including Burj Khalifa, the tallest building in the world. Other projects include

Emaar offers property development and property management services all over the world and owns around 60 subsidiaries in different countries. In total, Emaar Properties develops properties in 36 countries, including UAE, Pakistan, Egypt, Saudi Arabia, Turkey, and Iraq.

The founder and chairman is Mohamed Alabbar, ranked among the wealthiest people in the UAE and the Middle East. He has founded dozens of other companies, such as the leading eCommerce platform in the Middle East, Noon.com, now seen as the competitor of Alibaba and Amazon in the region.

The portfolio of Emaar Properties includes residential, commercial, recreational, entertainment, and hospitality properties. They’re best known for their large-scale neighborhood residential projects like The Springs, The Lakes, The Meadows, The Greens, and the Arabian Ranches.

DAMAC Properties was founded as late as 2002 and probably the most well-known property developer in Dubai. It’s a property development unit of DAMAC Group, which was founded in 1992 by Hussain Sajwani, the fourth richest person in the Arab world according to Forbes.

Damac Properties has developed several commercial, residential, mixed-use, and hospitality properties in the last few years. They also own a subsidiary, DAMAC Hotels & Resorts. As it speaks, it focuses on developing hotels and resorts.

Nakheel Properties was founded in 2000 and has a reputable track record. Ali Rashid Ahmed Lootah started the company, within just two decades, it’s become one of the leading property developers in the world, offering services in 87 countries.

The annual revenue of the company is in the billions of AED and it employs more than 1,500 people. It also owns several dozen subsidiaries working in the real estate sector, like Nakheel Marinas, Jumeirah Islands, and Nakheel Asset Management.

They are mostly known for iconic projects in Dubai, where Palm Jumeirah truly stands out. It’s an artificially made island in the form of a palm tree, spanning over almost 6 square kilometers.

Nakheel also constructs The World, which consists of several man-made islands that look resembles the World and its continents. 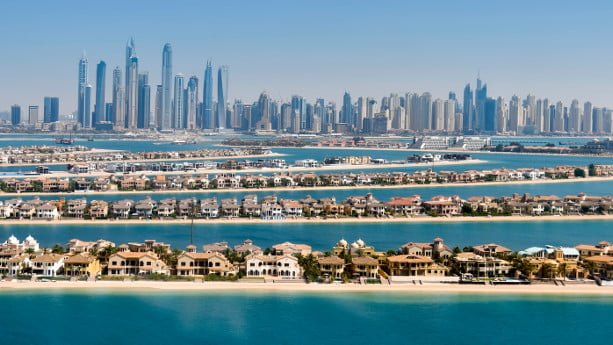 Palm Jumeirah, an artificial archipelago, is one of Dubai’s most famous landmarks and was created by Nakheel.

The company was established in 1994 and has so far completed more than 15,000 residential units in Saudi Arabia. Ziad El Chaar is the current CEO of the company and was appointed in June 2017.

Their first Dubai project is ‘I Love Florence Tower’, initiated in 2017.

Dar Al Arkan Development is mostly known for its large-scale residential projects that include both housing projects and high-rise apartment buildings.

MAG Property Development, also known as MAG Lifestyle Development, is one of the biggest property developers based in Dubai.

MAG Group ranks among the biggest corporations in the Middle East, with several subsidiaries working in the real estate sector, engineering, commercial trading, contracting, hospitality, and several other sectors. It currently owns more than 50 companies in the region.

In 2017, MAG Property Development ranked 18th among the Top 40 Unlisted Real Estate Companies in the Arab World. In the same year, the CEO Talal Al Gaddah (son of the founder Moafaq Ahmed Al Gaddah) won the award for Young CEO of the Year and listed among the 40 under 40, Among the Most Influential Young Arabs in the Middle East by the Arabian Business.

You can find a wide range of properties to buy or rent from this developer. These properties include houses, apartments, retail and commercial space, and land plots.

Select Group was established in Dubai in 2002, but it completed several real estate projects in other Gulf countries and Europe. They’re best known for their mixed-use projects, but also develop residential, hospitality, commercial, and retail projects.

Select Group has completed more than 5,000 homes so far worth more than AED 7.5 billion (USD 2 billion). Besides, the upcoming and under-construction projects also comprise around 3,500 new residential units.

The founder and the CEO is Rahail Aslam, who is a well-reputed businessman in Dubai. A British national, Rahail Aslam made it to the Sunday Times Rich List when he was only 35 years of age.

In 2017, Select Group was also ranked as the Top Developer in the Middle East by Forbes Middle East. Their project, Jumeirah Living Marina Gate also won the Residential Project for 2017 Award by Construction Innovation Awards.

According to the Construction Week, Select Group ranked 10th among the Top 50 GCC Developers.

Can foreigners own property in Dubai?

Foreigners have no issues buying a freehold or leasehold property in Dubai. The government issued new foreign property ownership regulations as of 2002, making it significantly easier to buy property.

There are some restrictions as foreigners can only acquire freehold property in designated areas. Some examples are:

What are the best areas to invest in Dubai?

It depends if you want to buy residential or commercial property. Downtown Dubai, Business Bay, Dubai Marina, Jumeirah Village Circle, Arabian Ranches, and Springs are all popular among local and foreign investors.

What are the DLD fees in Dubai?

You must pay 4% of the property purchase price and an AED 580 admin fee to the Dubai Land Department (DLD).

2 Responses to “Top 10 Property Developers in Dubai: The Ultimate Guide”