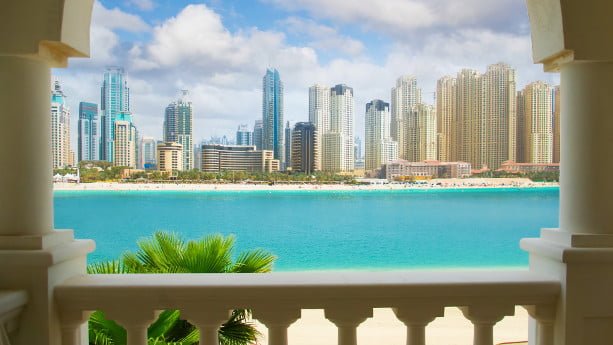 Dubai has been popular among overseas investors and the real estate market grew remarkably throughout the 2000s.

With that said, Dubai’s property market has not performed that well in the past years. There are plenty of reasons for this, particularly its oversupply. If you plan to buy real estate in Dubai, you must know how healthy the market is and what you can expect for the coming year.

In this article, we review how the market has behaved in previous years, present data and statistics, and share what we expect for 2021.

The market has been turbulent since mid-2013 and had some of its worst years from 2015 to 2016 when real estate prices declined significantly. The market was then in a recovery mode from 2017 to 2018.

Prices and rents didn’t fall as much these years compared to the previous years. For example, the average sales price decreased by around -5.6% in 2017 according to Savills, while the average rents fell by -7%.

We can call it a price correction.

The main reasons behind the decline were; over-supply of properties, an inflated market, and a weak economy. In 2004-2006, this small city had 30,000 cranes, equal to 25% of all cranes in the world, which I believe is self-explanatory.

UAE’s economy and its real estate markets have suffered from a drop in oil prices, particularly in 2020 when prices turned negative. The market also tumbled from 2014 to 2015.

Even if oil contributes to only 5% of Dubai’s economy, it has a great impact on the economy as a whole. Oil is the primary export product of the UAE and the drop in oil prices has indeed affected the market negatively.

In the past years, the Emirati dirham (AED) gained against major regional currencies and some international currencies, making it more expensive to buy real estate for investors from India, China, Pakistan, and the UK, for example.

However, since July 2020, the Dirham lost around -10% to the RMB, for example. As the Dirham is pegged to the US dollar, we’ve only seen minor fluctuations between the two.

Indians and Pakistanis were the second and fourth biggest investors in Dubai respectively during the first nine months of 2018.

From January to November that same year, the Indian- and Pakistani Rupee weakened by around -14% and -17% respectively against the Dirham, reducing the purchasing power among these nationalities.

Worth mentioning is also that saw a significant decline in real estate transactions during the first three quarters of 2018. In October, we saw record-high sales volumes due to decreasing prices, which made property more attractive to local and foreign investors.

The Oversupply of Property in Dubai

In the past years, property developers have focused on building high-end and luxury residential projects.

However, since we’ve seen a decreased interest and demand among wealthy investors, developers now focus more on affordable residential units.

Areas like Downtown Dubai are worst affected by the oversupply. Prices are now down 30% over the past five years and where the chronic oversupply is much to blame for.

Many analysts working in Dubai’s real estate market claim that the mortgage cap is the biggest contributor to the price drop. After the mortgage cap was introduced in 2013, we saw an immediate decline in prices.

The government didn’t see any other way than to introduce a mortgage cap, to cool the strongly growing market. At the moment I’m writing this article, local Emiratis need to pay 20% in down payments, while the limit is set at 25% for expats and other foreigners.

As expats make up 89% of Dubai’s population, the mortgage cap affected a big part of the consumer market. 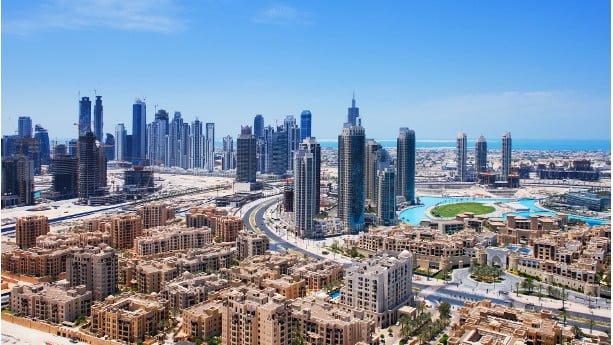 The data for the first three quarters of 2018 were not promising. The number of real estate transactions declined much compared to 2017.

When it comes to locations, the three most popular areas in the first six months of 2018 were:

During the first eight months of 2019, the most popular areas were:

The latest news for the office sector are not promising either as the vacancy rates increased by 10% in the second and third quarter of 2018.

In 2019, we also saw major price drops as follows:

At the same time, rents have declined by double digits.

How was the property market affected by the COVID-19 pandemic in 2020?

As mentioned, Dubai has suffered from an oversupply for years and the property market was put under pressure in 2020 due to the COVID-19 pandemic.

While the economy contracted by around -6% in 2020, rents decreased by around -6.9% in the third quarter of 2020. Property prices fell by -0.9% during the same quarter compared to a year earlier.

Some claim that the decline of just -0.9% in the third quarter shows signs of improvement in the market.

Looking at the first quarter of 2020, prices decreased by -3.5% compared to a year earlier. According to ValuStrat, apartment prices fell by as much as -14.9% in Downtown Dubai in November, year-on-year.

How will Dubai’s property market perform in 2021?

Dubai will most likely see modest price declines throughout 2021 and with the market bottoming out.

While large developers like Emaar aims to curb the supply of new units, we will still see the launch of more than 50,000 units in 2021.

One of the biggest real estate developers, Damac Properties PJSC, believes that Dubai will still face a tough time throughout 2021 and 2022 due to the effects of the coronavirus, which drags down property prices.

Prices have decreased by more than -30% in Dubai since 2014, which was triggered by the high supply. This even pushed the government to create the so+called Higher Committee of Real Estate to manage the supply and demand.

While some believe that the market has already bottomed out as we’ve seen major price decreases since 2014, major players like Damar aren’t that certain.

Dubai‘s economy remains weak and even contracted in 2020. Analysts believe that the economy will rebound in 2021 as there is the 50-year anniversary of the UAE and we will also see the Dubai Expo.

But the real estate market will most likely remain weak.

Worth mentioning is that Dubai’s economy is extremely vulnerable to external factors and the global economy as a whole, including the ongoing trade war between the US and China.

According to a poll made by Reuters, the real estate market will continue to decline until 2022. Property is still considered fairly expensive, a reason why we see a correction in the market.

Since 2017, developers have been shifting from building high-end luxury developments to more affordable properties. This trend will continue through 2020.

You can find many developers that now offer so-called multi-layer payment plans. Some even allow buyers to pay 60% of the purchase price after completion.

The goal is to turn renters into buyers and to create more demand from the medium income segment of the market.

In 2019, the UAE government announced a 10-year residency visa for investors, as well as offering 100% foreign ownership of UAE-based companies.

The 10-years residency visa is also valid for specialists like engineers, doctors, and top students. This may increase business activity and the demand for property in the coming years.

The government also decided to widen the eligibility for its 10-years Golden Visa.

The Dubai property market will most likely remain weak throughout 2021 as it will recover from the COVID-19 pandemic and still struggles with an oversupply.

The market still faces other challenges that continue to exert downward pressure. Prices will most likely continue to fall modestly throughout 2021.

Some of the main issues can be pointed to oversupply, a fading demand, a weak economy, and a strong local currency (AED). This makes Dubai property more expensive for investors who come from China and Pakistan, for example.

For those who want to invest in Dubai property, my recommendation is to look elsewhere as there are plenty of better options around Asia for 2021.