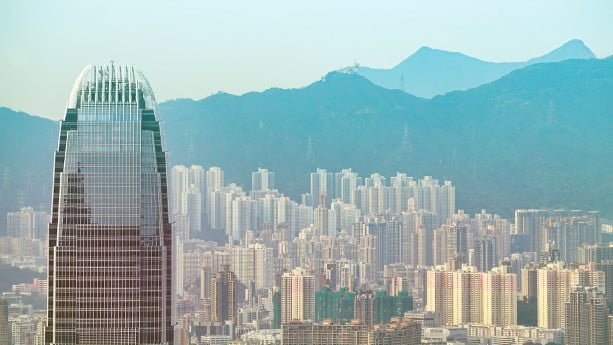 Hong Kong had a tough time in 2019 and suffered from a weakened economy, the ongoing trade war between the US and China, and violent protests.

In 2020, the city faced the same dilemma as COVID-19 spread globally and forced countries and regions into lockdowns.

With that said, Hong Kong has remained resilient despite these unrests. Since 2003, the market has seen a six-fold increase in the index of private home prices.

Prices dropped by as little as 4% from May 2019 until the protest broke out and the COVID-19 pandemic started. The demand has primarily been supported by low-interest rates and a great scarcity of land.

With that said, we move into unknown territories for 2021. In this article, I share my predictions for Hong Kong’s property market in 2021.

Hong Kong has the most expensive property market in the world, outperforming places like Singapore and Sydney.

Real estate prices have increased by double digits, making real estate inaccessible to many locals. As of 2020, houses averaged more than USD 1.2 million, which is kind of unbelievable.

At the same time, the average sales value per transaction increased by 8.4%, according to Colliers.

Nowadays, you can buy a 10-bedroom house in many European countries for the same price as a 28 square meter apartment in Hong Kong. Besides, the average price per square meter in Ho Chi Minh City is only 14% of that in Hong Kong.

Looking at real price levels, the average price per square meter was around USD 22,507 in April 2019. That was almost twice as much as Singapore’s average of around USD 11,442.

Prices have grown strongly for over a decade, except for a brief slump in 2016 due to the mortgage rate hike. We also saw price decreases during the second half of 2018 and 2019. The Centa-City Leading Index CCL shows the price increases from 1996 – August 2019, which speaks for itself.

The government saw no other solution than to introduce regulatory changes and many Hong Kongers have turned their eyes to the real estate market overseas, including Bangkok, Osaka, and Ho Chi Minh City, just to mention a few.

The Market Slowed Down in 2019

Due to the political unrest and ongoing protests, the market cooled down in 2019. Despite the drop of mainland Chinese buyers the market has been surprisingly resilient.

Since the unrest started in June 2019, prices have fallen by 7.7% on the secondary market, according to DBS.

Residential property prices on the secondary market have fallen 7.7% from its peak before the social movement in June 2019, or 1.3% YTD

In mid-October, the government introduced new mortgage rules which positively affected the market. In the secondary market, sales more than doubled according to Midland Realty, as first-time buyers found it easier to get hold of properties.

How was the market affected by the COVID-19 pandemic in 2020?

According to Knight Frank, the property market will still remain under pressure as unemployment rates have risen, and with an economy that is in a recession.

The multinational believes that prices will decrease by around 5% in 2020, while we will start to see a recovery in 2021. It all depends on when the borders can open and when economies can start functioning properly again.

How will Hong Kong’s property market perform in 2021? 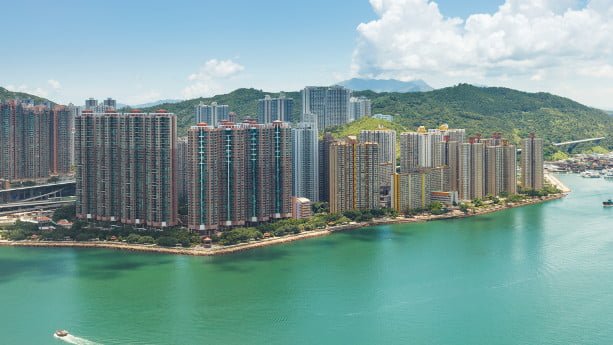 Hong Kong’s economy will contract by around -8% in 2020 at the same time as unemployment rates have reached the highest in fifteen years, reaching almost 6%.

This will have an effect on the market also in 2021 but analysts believe that prices will remain stable in 2021, with no major gains or losses.

An important factor is also whether Hong Kong will open up to mainland China, where COVID-19 has resurged in suburbs in places like Beijing but remained stable overall.

Mainland China has seen a strong economic rebound with increased consumption and confidence in the market.

Analysts from S&P Hong Kong believe that unemployment rates will further increase in 2021 which will continue to affect the market badly. This can be illustrated by the hit the residential property market took when Cathay Pacific decided to lay-off workers.

An economic rebound and increase in asset prices will highly depend on when Hong Kong can open its borders and stop lockdowns. From this point of view, it’s hard to say when and how strong Hong Kong will regain the market strength.

DBS, one of the biggest banks in Singapore, believes that the residential process will remain flat in 2021 and the economy will continue to contract.

If the borders open to the mainland in the first quarter of 2021, which is likely, the GDP could rebound by as much as 4.0%, which would be positive for the market.

Why is Hong Kong property so expensive?

Hong Kong is an attractive spot for investors and entrepreneurs. Often called the crown jewel of Asia, you can enjoy some of the lowest tax rates in the world and many other benefits.

Below I listed the main reasons why property is so expensive in Hong Kong at the moment.

Lack of Space and High Demand for Real Estate

At the same time as the supply and availability of land area is scarce, Hong Kong has experienced a big demand for property.

The World Economic Forum shows a chart showing the world’s most densely populated countries and territories, with Hong Kong in fourth place.

Land is Expensive for Property Developers

As explained in my separate guide about buying property in Hong Kong, the Hong Kong government controls all the land and individual buyers and companies can lease land for 50 years.

The government leases the land through a so-called tender process, where the highest bidder gets the lease.

This bidding process has resulted in sky-high prices as developers bid hardly to get hold of land plots. Naturally, the developers need to increase property prices to make a profit.

In the last few years, we’ve seen several major developers from Mainland China entering the Hong Kong market as well. These companies have pushed many traditional developers out of the market with their high bids, which has also resulted in increased real estate prices.

Hong Kong is one of the richest regions in the world with a GDP per capita of around USD 47,000.

There’s a big upper class with much money to invest. Combine this with a great influx of wealthy foreign investors, especially from Mainland China, and you probably get the equation.

Previously, foreign investors flocked to the Hong Kong market thanks to its high rental yields. But, rental yields are currently in decline and in July 2020, rental yields dropped to 1.8% for larger homes. Below is a summary:

Is buying property in Hong Kong a good investment?

Having some of the lowest yields in the region and the most overvalued property markets in the world, Hong Kong is not an optimal investment destination at the moment.

There are plenty of other cities in the region that offer higher yields and better investment opportunities.

There’s a reason why Hong Kong has dropped in rankings recently, giving space for places like Singapore, Ho Chi Minh City, and Tokyo.

The chance of a continuing downtrend is big when looking at historical data, the recent political unrest, the ongoing trade war between China and the US, and its slowing economy.

That said, the market is resilient and prices haven’t dropped significantly. As late as 2018, the government issued a new stamp duty of 30% towards foreigners, but prices have remained stable and even increased.

Many believe that the biggest threat to the Hong Kong Market is the global trade war between the US and China, which Hong Kong’s economy highly relies on.

Hong Kong acts as a middleman in international trade, which makes it the most vulnerable economy, as the trade ties get worse.

This may make Hong Kong an unattractive market for some investors. My answer to the question of whether Hong Kong is a good place for real estate investments in 2021 is still “No”.