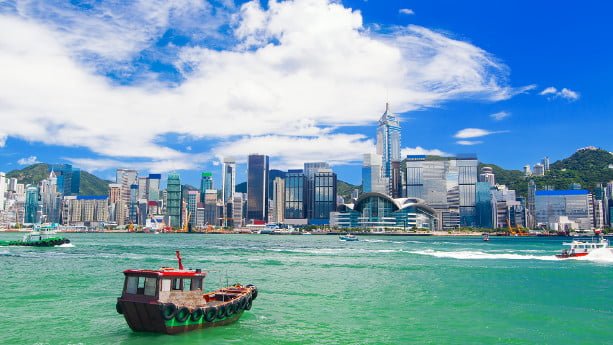 Do you plan to buy property in Hong Kong S.A.R.?
Click here to get in touch with an experienced agent

Hong Kong is the crown jewel of Asia and one of the top three financial cities in the world, after New York and London. The legal system is transparent and buying real estate is straight forward, even if you can only get hold of leasehold property.

Even if there are many estate agents in Hong Kong, it can be a daunting task to find one, as many market themselves in Cantonese. Yet, you’ll be able to find a number of international agencies that are used to cater to foreign buyers.

In this article, I’ve listed some of the most popular real estate agents in Hong Kong. Let’s have a look.

Engel Völkers was founded in Hamburg in 1977 and is one of the biggest franchised real estate networks in the world. The company currently employs over 10,000 people in 800 different locations. Chris Liem is the Principal and Owner of Engel Völkers Hong Kong and he previously worked at Lehman Brothers. Over the years, he’s managed to grow the office to around 20 persons.

The company has won a number of awards and reached major achievements, including:

Century 21 is one of the biggest franchised real estate networks in the world. They currently have around 7,000 offices with over 100,000 professionals in 78 different countries. Not surprisingly, they’ve set foot in Hong Kong where they have hundreds of offices.

One of their most prominent Hong Kong branches was founded by Luke Ng, who’s been in the real estate business since 1994. He studied at London School of Economics and University of London, before turning back to Hong Kong, where he grew up.

Century 21 has won many awards in Hong Kong, including:

They help clients to buy, lease or sell properties. They also deal with auctions.

The company has won a number of awards, such as:

Include mainly commercial properties like factories, retail property, and offices.

Founded in 1978 and having more than 60,000 employees, Centaline is one of the biggest estate agencies in Hong Kong and in mainland China. The founder, Shih Wing Ching, was born in China but moved to Hong Kong at an early age where he started the company. You can often read about Centaline in the Hong Kong newspaper South China Morning Post and how it competes with one of its main rivals, Midland Realty (more about Midlands later).

The company has won many awards, for example:

Includes residential and commercial properties, like retail properties and car-parking spaces, just to mention a few.

Midland Realty was founded by Freddie Wong almost five decades ago and is one of the biggest real estate agencies in Hong Kong.

It’s part of Midland Holdings, listed on the stock exchange since 1995. Midland Realty has grown remarkably over the years and currently employ thousands of professionals in Hong Kong.

The company and its management have won a number of awards, including:

The new name of the company is, therefore, Landscope Christie’s International Real Estate.

Landscope claims that they only employ highly experienced professionals and that the average sales experience of their staff is 13 years. They’ve also broken a number of records over the years, for example, when they managed to sell a house for almost HKD 730 million.

Koh Keng-Shing (KS) is the founder and CEO of Landscope with decades of experience in the real estate industry. Before founding Landscope, he acted as Executive Director at Savills in Hong Kong.

Nest Property was founded by Naomi Reidy in 2012, she’s originally from the UK. Before founding Nest, she worked for Colliers International in Hong Kong. The company is a boutique agency and mainly targets wealthier expats who wish to find more well-designed and unique properties in the upper segment.

The company sells residential properties, including everything from beachfront villas to apartments.

Knight Frank is one of the biggest real estate agencies in the world and opened its first office in Hong Kong in 1972. Since then, they’ve managed to expand much and currently have offices in Mainland as well, including cities like Beijing, Shanghai, and Guangzhou.

The company has won a number of awards over the years, including:

Include all kinds of residential and commercial real estate, for example:

With more than 15,000 professionals, Colliers International is one of the largest and most well-known estate agencies globally. The company is originally from the US having its headquarter in Seattle.

Nigel Smith is the Managing Director of Colliers International Hong Kong and previously earned an MBA in Real Estate. Not only does he have almost 30 years of experience in the real estate industry, he’s also lived in Hong Kong since 1990.

The company has won numerous awards over the years, including:

Include both residential, industrial and commercial properties.

Savills is one of the biggest real estate agents in the world and listed on the London Stock Exchange. With thousands of professionals and over 600 offices worldwide, they’ve managed to establish a big presence in Hong Kong as well.

Raymond Lee is the CEO of its China operations, including Hong Kong. Previously studying Business from Hong Kong Polytechnic University, he later started working for Savills in 1989. Raymond has an impressive track record and received the Real Estate Investment Award from RFP Magazine’s Outstanding Individuals in Asia in 2011.

You also have a number of other agencies in Hong Kong to choose among, for example:

How much do I need to pay in commissions to property agents in Hong Kong?

The commission rate is usually 1% and has been kept at that level for years.

Can I become a permanent resident if I buy property in Hong Kong?

Unfortunately, you can’t automatically become a permanent resident if you buy property.

You generally need to reside in Hong Kong for at least 7 years, before you can apply for permanent residency.

What is the stamp duty when foreigners buy property in Hong Kong?

The new AVD is set to 15%, previously, it increased progressively up to 8.5%. Worth mentioning is that first time home buyers that are permanent residents are not subject to the higher rate of 15% AVD.

The BSD is set to 15% which makes a property purchase rather expensive, from a taxation point of view.

Should I hire a solicitor in Hong Kong?

Even if Hong Kong has a transparent system and the buying process is straightforward, it’s important that you hire a local Solicitor who understands the local regulations, that can check the title and help you draft the different contracts.

Keep in mind that Solicitor will also communicate with your bank, making sure that the money is transferred to the seller’s account.

The solicitor will help you with a number of other things and the cost is lower compared to what you need to pay when hiring your real estate agent.