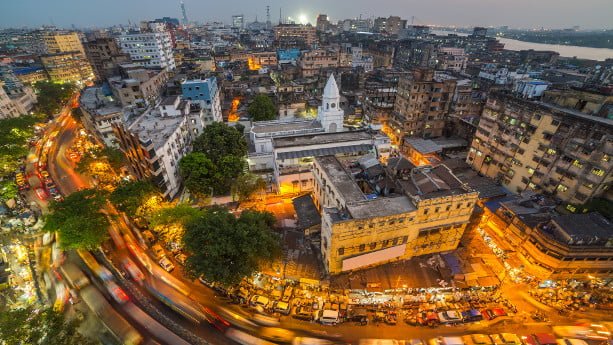 India grows with a rapid pace and has one of the most interesting real estate markets, together with Vietnam, according to PWC. This is mainly thanks to long-term economic growths and a shift in manufacturing trends in the region.

Not surprisingly, this also means more work for local and international real estate companies and developers. And of course, more and more property investors turn their eyes to these countries. In this article, I list some of the top real estate builders in India.

Adi Burjorji Godrej founded the company, he’s a well-known industrialist and businessman in India. With a net worth of $2.9 billion, he ranks among the wealthiest persons in India.

The company is one of the biggest real estate developers in India, with hundreds of completed and under construction projects in the following cities:

They are currently building dozens of residential and commercial projects in different cities. Some current projects include:

Kolte Patil Developers Ltd. (KPDL) is a Pune-based real estate developer that’s been in business for the past 25 years. Kolte-Patil is the biggest developer in Pune, with most of the large-scale residential projects in the city to their name. In addition, they’ve also completed projects in Bangalore and Mumbai.

Kolte-Patil also owns several subsidiaries all working in the real estate sector but working under different domains. Some of its subsidiaries are:

Mr. Rajesh Patil, a well-known businessman in Pune, is the chairman and managing director. He is the son of the founder of the company. Forbes India has written an interesting article about how the current management turned the table around when the company was in a dire position back in 2010.

KPDL has won several awards in the last few years that include:

They are currently building 16 residential projects mainly in Pune, but some also in Mumbai and Bangalore, three commercial projects in Pune, and two retail projects that are also based in Pune.

Puravankara is a leading real estate developer based in Bangalore, with additional offices in several other cities like Kochi, Coimbatore, Chennai, Kolkata, Mysore, and Pune. They also have international offices in UAE and Sri Lanka.

Puravankara was founded in 1975, which makes it one of the oldest real estate developers in Bangalore. They’ve completed more than 45 projects so far in six different cities. They’re also looking to expand their reach to other cities with their upcoming projects planned for different cities including Goa.

Ravi Puravankara is the founder and the chairman of the company. Mr. Ravi Puravankara won the Lifetime Achievers Award for Outstanding Contribution to the Real-Estate Sector by the CMO Asia Awards for the Retail Excellence in 2013.

They’ve completed 46 projects so far, including many residential projects, along with a few commercial projects as well.

Some upcoming or under-construction projects include:

Founded in 1986, Brigade Group is considered one of the biggest and most well-recognized real estate developers in India. The founder of the company M.R. Jaishankar.

The company is based in Bangalore but has a presence in Coimbatore, Hyderabad, Kochi, Chikmagalur, Chennai, Mysore, and Mangalore. They also have representatives in Dubai and the United States.

Brigade Group is an award-winning company and ranked among Bangalore’s Hot 50 Brands by Bangalore Brand Summit. In addition, they also won the award India’s Best Companies to Work for in 2014.

Ansal API is one of the oldest real estate developers based in New Delhi. It was founded in 1967 and is known for its large-scale township projects. Some of their projects are based on thousands of hectares of land.

For example, one of their recent projects, Sushant Golf City, based in Lucknow, covers more than 6400 hectares.

It’s a family-owned business, founded by the Ansal family. The current chairman is Mr. Sushil Ansal who has expanded the company to various states within India. Mr. Sushil was included in the ELITE Magazine’s 25 Most Influential Entrepreneurs in India. He also won the Developer of the Year Award in 2015, at the Third North India Award.

They have presences in Delhi NCR, Uttar Pradesh, Rajasthan, Punjab, and Haryana, which makes the Northern part of India.

The company has won several awards from Realty Plus, BAM Awards, CSR Excellence Awards, and more.

Ansal API is known for their large-scale residential projects, but have developed all types of commercial, retail, and even infrastructure projects.

DLF Universal Limited is often ranked as India’s biggest real estate development company as well as the oldest, with more than seven decades in the business. DLF has its footprint across 15 states, and projects in 24 cities all across India. The head office is based in Haryana.

The founder of the company was Ch. Raghvendra Singh, who founded DLF in 1946, even before the independence of India.

The chairman of the company is Dr. Kushal Pal Singh, also known as K.P. Singh. He worked for the American Universal Electric Company in the 60s, when the company merged with the DLF Universal Limited in 1971, he became the managing director of the company.

They’ve developed some of the mega real estate projects in India that include DLF Cyber City in Gurgaon, India’s first luxury mall Emporio, and Capital Greens (Delhi) which is the largest private-sector residential project in India.

Their primary focus is residential development and sales, which include integrated townships, houses, villas, and apartment projects. They mostly develop luxury and high-end residential projects.

Founded in 1096, Prestige Group is one of the biggest real estate developers in India. It’s emerged as one of the most well-recognized developers in South India. The head office of the company is based in Bangalore, but it also has presences in Mysore, Mangalore, Kochi, Hyderabad, and Chennai.

The founder of the Group is Razack Sattar and the company is now managed by his three sons, Irfan Razack, Rezwan Razack, and Noaman Razack.

Prestige Group has completed around 210 projects so far. In addition, they are currently working on more than 50 under-construction projects in different cities. They’re also known for their large-scale residential projects, one of which is Prestige Lakeside Habitat that consists of more than 3,400 apartments, and 271 luxury villas, making it one of the largest residential projects in India.

Prestige Group is one of the few real estate developers in India that are ISO 9001:2008 certified. They have won several awards as well that include:

You can find all types of real estate projects under their name that include residential, commercial, hospitality, retail, luxury residential homes, and infrastructure projects.

Unitech was founded in 1971 as United Limited but later changed its name to Unitech. It started as a consultancy firm and was managed by a group of technocrats, but later evolved into a real estate development company.

By now, they’ve completed more than 100 projects. They are most known for their large-scale residential projects with thousands of homes, hotels, commercial complexes, malls, and schools. Some examples of their large-scale projects are:

The head office of Unitech is based in New Delhi, but they have projects in more than a dozen cities that include Mumbai, Kochi, Bhopal, Amritsar, Hyderabad, Mysore, Lucknow, Mangalore, Kolkata, and Bangalore.

Mr. Ramesh Chandra is the Chairman of the company. He’s also among the founders of the Unitech Group. A graduate in structural engineering from the University of Southampton, UK, he is considered as the brain behind the success of the company.

Unitech is ISO 9001:2000 certified company. They also won Global CSR Excellence and Leadership Award for Corporate Social Responsibility in 2013 by the World CSR Congress and Awards. They were also ranked in 2009 as the “Superbrand” by Superbrand India.

Omaxe is a real estate developer and construction contractor that was founded by Rohtas Goel in 1987. Rohtas won an award in 2018 for being the Real Estate Industry’s Most Enterprising CEO of the Year at BRICS Business Forum Leadership Awards.

Based in New Delhi, the company has a presence in eight states and 27 cities, making it one of the biggest real estate companies in India.

Omaxe is also an award-winning company that won several awards for its projects as well. For example, the Omaxe City-1 won the award for the Best Township at Eminence Awards 2018.

Sobha Limited is one of the biggest real estate companies in India that also operates in the Middle East. They have a footprint in UAE, Oman, Singapore, and Bahrain.

It was founded in 1995 by P.N.C. Menon as a real estate firm and construction contractor. He has won several awards, including Management Leadership Excellence Award from Calicut Management Association.

Besides being one of the wealthiest men in India, he’s also a well-known philanthropist, owning multiple charitable trusts. He is also one of the 183 billionaires in the world who joined The Giving Pledge list by Warren Buffett and Bill Gates.

Sobha has offices and projects in cities like Bangalore, Gurgaon, Chennai, Mysore, Cochin, Calicut, Thrissur, Pune, and Coimbatore. The head office of the company is based in Bangalore.

Sobha Ltd. has completed more than 100 real estate projects and more than 250 contractual projects. In total, they’ve completed projects in 13 Indian states and 24 cities. The annual revenue of the company is around 25 billion INR, while it employs around 3,500 people.

They’ve completed residential, commercial, and retail projects so far. Their residential projects include both townhouses and apartment projects.

12 Responses to “Top 10 Property Developers in India: A Complete Guide”