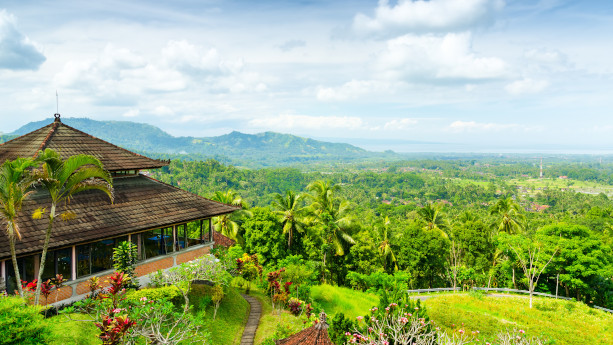 Indonesia is infamous for having tough foreign ownership regulations and commercial property, including industrial real estate, is not available to foreign individuals.

The country has some of the strictest foreign property ownership regulations by Asian standards, which goes for both residential and commercial real estate. For instance, you’re not allowed to own property on a freehold basis and must have Indonesia as your domicile for some titles.

According to current laws, you can buy condominium units on a leasehold basis with periods starting at 30 years and sometimes with a possibility to extend the lease by additional 20 years.

Besides, foreigners are subject to minimum investment requirements and can only buy landed homes in Jakarta with minimum prices of IDR10 billion (USD 667,000). This is similar to ownership regulations in Malaysia.

The government has gradually started opening up Indonesia’s real estate market to foreign investors and new regulations were introduced in 2015 when the Jokowi administration signed Government Regulation No. 103 of 2015 on Residential Ownership for Foreigners.

They don’t consider your visa status or have set any cap to the number of apartments you can buy, at least not for now.

As commercial real estate is beyond the reach of individual foreign buyers, often financially and from a regulatory point of view, your option is to set up a company first and acquire units through that entity.

Using a PMA Company to Invest in Industrial Property

As explained in my article about buying office space in Indonesia, a recommended option is to purchase real estate through so-called PMA companies. The PMA is superior to other ownership structures.

By using a PMA company, you can:

For novice investors with sufficient financing, this is generally not a problem, especially if you are a developer, hotel chain, or have any of these as your clients.

To incorporate a PMA in Indonesia, you typically have to pay between USD 2,500 to USD 5,000 for the establishment of a PT PMA company. Keep in mind that legal fees and registration fees will be added for the transaction and generally adds up to 1% + 0.2% = 1.2%.

Yet, fees can vary and you must consult with your property lawyer what all the related costs will be beforehand. The valuation fee of a hotel, for instance, can cost tens of thousands of US dollars, depending on the size of the hotel and the deal size.

The minimum capital to open a PMA is around USD 176,000 and has to be deposited into a local bank account.

Indonesia is a big country with a land size almost six times bigger than Vietnam’s, having a population of 270+ million people. Covering the industrial property market on a city-level is not easy, a reason why I focus on Jakarta.

This is the standard when performing analysis, most attention is given to the capitals or largest cities.

The industrial sector is crucial for the Indonesian economy and contributes to around 20% of the national GDP. Multinationals in everything from automotive, electronics, and food manufacturing have decided to open shops here.

Yet, with a comparatively slow growth hovering around 5%, the government knows that drastic changes are needed to attract more FDI, to compete with countries like Vietnam and the Philippines.

This is fueled by government incentives of baiting companies with tax allowances, tax holidays, free rent for the first ten years, and other licensing accommodations.

The government has vast goals to lure foreign capital by investing IDR 3,378 trillion in infrastructure developments until 2024. You can also find 108 industrial estates and 15 special economic zones (SEZ).

This section is a continuation of the one above and goes into greater detail about where foreign companies tend to invest in Indonesia. Most of the cities are located in Java, but you will also find one in Sumatra.

Jakarta is the biggest and richest city in ASEAN, outperforming peers like Singapore.

The city has been ranked as one of the most influential cities, not only in Asia but worldwide. Portuguese traders visited the city as early as 1513 as they sailed from Malacca while looking for spice routes.

Greater Jakarta is the biggest metropolitan in the world, just after Tokyo. The city of Jakarta, on the other hand, comprises five cities one could say. These are divided into Central, Eastern, Northern, Southern, and Western Jakarta.

While the central parts have many banks, malls, and residential buildings, you won’t find any industrial activities here. The same is goes with the Southern part which is considered one of the best places to live in the city.

Instead, most of the factories and warehouses are located in the Eastern parts of the city, stretching to the city of Bekasi and Bekasi Regency. Suzuki has a motor plant here and Honda, Yamaha, Toyota, and plenty of other manufacturing companies are located here.

Despite having serious issues with floodings, the North-Eastern part is also dense with logistics and oil companies, including Shell and Lazada.

Surabaya is located in Java and Indonesia’s second-biggest city with around 10 million people. Most foreigners have probably not even heard about this quickly growing manufacturing hub, but will most likely gain more attention in the coming decade.

It’s been famous for exports of tobacco, rubber, and coffee but has attracted many banks, insurance companies, and manufacturers in previous years.

The city is important for Kalimantan and East Kalimantan as the province enjoys economic spillover from Surabaya.

As the government plans to relocate the capital to East Kalimantan, Surabaya will most likely become even more important for Indonesia’s economy.

Worth mentioning is also that the first rapid rail system will connect Surabaya with Jakarta, which will inevitably benefit the city.

Medan is located on the island of Sumatra and serves as its most commercially important city.

It has both a modern and traditional touch with old and maintained shophouses in abundance. Medan relied almost entirely on the production of agri-products like tobacco and rubber in the past.

The city fills an important purpose as it borders the Strait of Malacca, one of the most important shipping lanes in the world that connects the Indian Ocean and the Pacific Ocean.

With a population of around 50 million people on the island of Sumatra and increasing urbanization, Medan will benefit from increased economic activity.

Examples of companies that have picked Medan as a location for production and operations include Philips Lighting, DBS Bank, Marriott, and ABB.

Setting up manufacturing and logistics facilities in industrial parks can bring many benefits to foreign companies.

It can give you a competitive edge over your competitor as the parks are built to increase market competitiveness, streamline employment, and boost the economy.

Industrial parks can be found in most Asian countries and are defined as areas where industrial activities are gathered, and supported with sufficient infrastructure and complete facilities.

Foreign companies can enjoy many benefits by operating in Indonesian industrial parks. Below I’ve listed some of the most notable ones, finalizing with a list including some of the biggest business parks.

Industrial parks are developed for the purpose of catering to local and foreign businesses. As such, the parks come with complete facilities, access to electricity, water, gas, and roads.

This can save you both time and money as you won’t have to develop land plots on your own, spending less time on preparations. The industrial parks generally have closer and easier access to highways and ports, which makes distribution easier.

Not only can this save you time and costs, but have a positive impact on the environment.

By setting up your operations in an industrial park, you won’t have to apply for a separate construction license either. Again, this will save you both time and money and make your market entry swifter.

Keep in mind that you cannot even build factories in some areas, which adds to time spent on scouting and checking different land plots. Certain zoning regulations apply and you cannot build industrial properties in residential or green zones, for instance.

As the industrial park is dedicated to manufacturing, you won’t have issues with residents who complain about your activities. To many people’s surprise, this can be a major issue in many countries.

Besides, Indonesia has a so-called Kemudahan Layanan Investasi Langsung Konstruksi (KLIK) Program, allowing you to initiate the construction of your site once you obtained your Principal License and you can wait for the additional licenses needed.

Just keep in mind that once 80% of the main production machinery is installed and before you start production, you have to receive the Industrial License and the other licenses.

At the moment, the KLIK-program is launched in 14 industrial estates.

Free Trade Zones (FTZs), industrial parks, and bonded areas are known for bringing tax benefits to companies that operate in the areas.

Industrial parks are no exception in Indonesia. VAT tax allowance for imports of products and machinery and customs tax allowance for goods from selected ports in free trade zones are just examples of benefits that you might be able to enjoy.

I hope you found this article interesting and useful. If there’s anything else you wonder about, feel free to write a comment below or send us an email. I also recommend you read my separate articles that cover this topic, including Malaysia, for example.