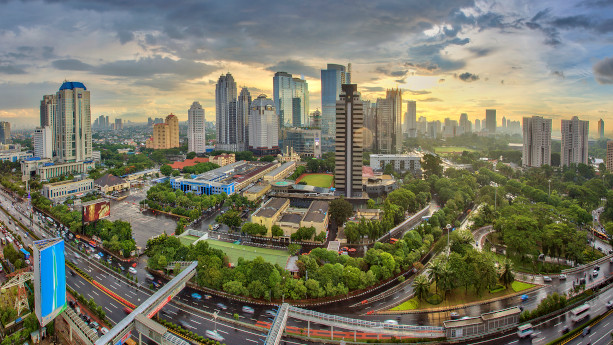 Indonesia has one of the most regulated real estate markets for foreigners in Asia, something that the government is well aware of.

Not only are you subject to significantly high real estate taxes, ownership of everything from residential and commercial property is restricted. Current laws state that ownership rights of apartments can be given to:

As office space and buildings can cost tens or hundreds of millions of US dollars and entities enjoy regulatory benefits, the most common option is to buy real estate through a company.

Buying Office Space and Buildings Through a PMA Company

Due to the strict ownership regulations, investments are made by foreign companies that sometimes set up local entities and/or joint-ventures with Indonesian partners.

One of the best options when investing in Indonesian real estate is to set up a so-called Penanaman Modal Asing (PMA) company.

Benefits of Buying Real Estate Through a PMA Company

The Process of Opening a PMA

The process of setting up a PMA company is usually straightforward if you have the financial means and work with the right partners:

Indonesia has four different titles that grant you the right to lease, use, own, or build real estate:

The Hak Milik title is the equivalent of freehold titles and only available to Indonesian citizens. As such, this is the hardest title to obtain and it’s beyond the reach of foreigners.

Hak Pakai, on the other hand, is a right-to-use title and allows you to lease property from the owner of the Hak Milik for 25 – 80 years.

If you get hold of a Hak Pakai as a corporation, you don’t need to have Indonesia as your domicile, which is the case for individuals.

A Hak Sewa gives you the right to lease and use the land from a person or company that has the Hak Milik or the Hak Pakai. It won’t allow you to register the property in your name at the land registry and you will therefore not get a certificate.

Jakarta is the engine of Indonesia and I primarily focus on the capital in this article.

Most office space and high-rise buildings can be found here, at the same time as Jakarta drives the most interest for foreign investors. Investing in hotels is a different story of course, as Bali receives a fair amount of travelers.

So how has Jakarta’s office market performed?

Jakarta’s office market didn’t perform well before the COVID-19 pandemic and suffered from decreasing rents and prices in the central districts. Vacancy rates have remained high as well.

The pandemic didn’t make things better and it affected most of Indonesia’s business factors significantly, resulting in relocations from the central business district, downsizing, and closures of offices.

The economy doesn’t grow at an impressive pace either, hovering at the 5% mark. From the second to the fourth quarter in 2020, the country experienced negative GDP growth of -2% to -6%.

Other ASEAN countries, like Vietnam, were significantly less affected, experiencing positive economic growth throughout the pandemic.

To continue attracting FDI and real estate investors, Indonesia is in great need of changing its foreign ownership regulations. This is currently under talks and even if changes were made a few years back, the country still has a long road to walk.

Indonesia is the richest and largest country in Southeast Asia, both by land area and population. The country has more than 270 million people and as wide as the distance from Paris to Kabul.

Most foreigners are familiar with the city of Jakarta and the island of Bali. Yet, there are several other cities that play an important role to bolster the future economy. Let’s take a look at the most interesting cities.

Jakarta is the biggest city in Indonesia in terms of population, having around 30 million inhabitants. It plays a vital role for the Indonesian economy and you can find local and foreign companies operating in banking, trading, and finance.

Light and heavy industries include mechanical engineering, electronics, automotive, chemicals, and biomedical sciences are the backbone of the city’s economy.

Jakarta contributes almost 20% to the country’s economy and enjoys a higher growth rate in general.

With 5 main districts, most of the office space and buildings are allocated to the central business district, but you should also have a look at places like Sudirman in Southern Jakarta.

For more information about buying real estate in Jakarta and the different districts available, I recommend you check my separate article.

Surabaya is the second-biggest city with a population of almost 10 million in the metropolitan area.

Located on East Java, it’s been one of the most important ports in Asia since more than a hundred years back, with exports of coffee, sugar, and tobacco.

It has one of the highest growth rates in Indonesia and has even outperformed Jakarta. You can find a handful of important business centers in Surabaya and it’s also the home of banks and many office buildings.

The city will most likely play an even more important role with the introduction of Indonesia’s new capital in East Kalimantan, Central Java. Surabaya facilitates areas in Central Java and Kalimantan today.

Bekasi is a major city located in West Java and connected with Jakarta in the East. While its population accounts for around 1% of the population, its national GDP accounts for more than 2.1%.

Due to the fast growth of Bekasi, many foreigners and particularly Korean, Chinese, and Japanese have moved here for overseas assignments and business.

Many Indonesian property developers are active in the city and have completed several prominent developments.

Several large-sized residences have appeared in Bekasi in the past years and developers build everything from hotels, apartments, and malls around the city. Worth mentioning is that its prime commercial areas are located in the western parts.

Plenty of international companies operate in Bekasi and the hi-tech and manufacturing industries. Examples of companies include LG, Hankook, Honda, Samsung, but also apparel companies like Converse.

There are more than 1,000 foreign expatriates and 4,000 companies situated here in addition to industrial areas.

Medan is, on contrary to the above-mentioned cities, located in North Sumatra. The city has around 2.4 million people and gets much attention due to its location and economic importance.

Medan served as an important hub for the production and trade of tea, rubber, tobacco, and coffee, but has shifted towards production in the heavy industries.

The real estate market has seen a transformation in previous years as Medan is considered one of the most promising industrial locations outside of Java. Many property developers build hotels, malls, and residential estates.

It’s also well-known for its many shophouses and therefore referred to as the “City of Million Shophouses”.

East Kalimantan is a province and located on the island of Borneo, where the new capital will be relocated.

This doesn’t mean that Jakarta will lose its importance as a financial and trading hub. The main reason why the capital is being relocated is due to prevailing environmental issues in Jakarta, as it’s both sinking and suffers from congestions and pollution.

The President of Indonesia, Joko Widodo (Jokowi), laid the plan to transfer the capital and one of the reasons behind the move is to focus on the development of other non-Javanese islands and cities.

With that said, the Indonesian government will continue to spend around USD 40 billion in the coming decade to save Jakarta from sinking.

Inefficiency can be blamed as the authorities have been well aware of the issues, but just postponed and passed on the responsibility to successors.

Land prices already started to increase on Kalimantan as rumors started to circulate and when the President finally informed that the capital will be moved.

Developments and commercial activities are heavily centered around Java and the Jakarta Metropolitan Area.

As many as 10 regions and cities, including Bekasi, belong to the Jakarta Metropolitan area, making up a population of nearly 35 million.

With that said, there other metropolitan areas that are up-and-coming, attracting increasingly more foreign investors, particularly from Korea, but also other countries.

The following metropolitan areas can be found in Indonesia:

4 of the areas are located on Java, 2 on Medan, and the rest on other islands, thus, Indonesia’s goal to further develop non-Javanese cities.

That’s it for this article. I hope you found it interesting and useful.

If you believe that buying office space or a complete building is beyond your risk-appetite or budget, you should also check my separate article explaining how you can buy REIT (Real Estate Investment Trust) units in Indonesia.