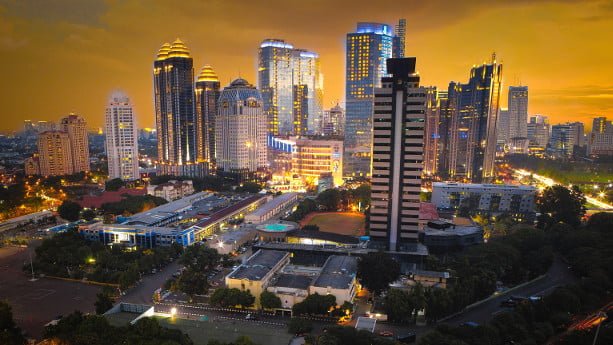 In this article, we review how Indonesia’s property market has performed in the past years and what our predictions are for 2021.

Indonesia’s property market has slowed down in the past years after experiencing a sharp growth during the second half of 2012 and the first half of 2013. The Federal Reserve Bank of St. Louis has an illustrative graph showing the price changes.

There were four reasons for the decline:

The GDP per capita was USD 3,680 in 2012 and even decreased to USD 3,330 by 2015. The slowing economy was the main contributor, which resulted in a reduced purchasing power among the middle- and upper-middle class.

According to a report published by DBS Bank in the first half of 2018, we saw a significant year-on-year increase in the presale market (+37%) compared to the same period a year earlier.

Interesting results that were presented for the first half of 2018:

The market remained weak in 2019 and property prices fell by 1.63% in the fourteen biggest cities during the first and second quarters, according to GlobalPropertyGuide.com.

Having said that, many analysts are positive for the coming years as Joko Widodo was re-elected as president, which many believe will have a positive impact on Indonesia’s real estate market.

We have seen indications throughout 2020 that the Indonesian government might relax foreign ownership regulations significantly shortly, to boost support for the suffering economy. 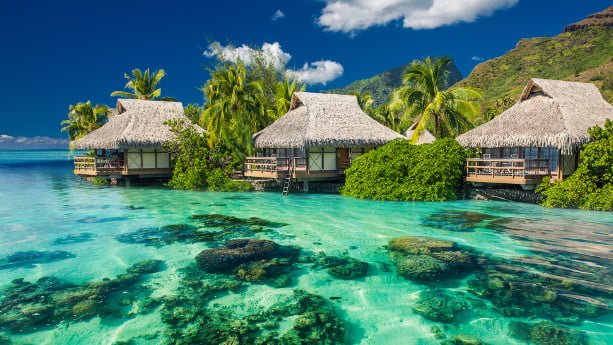 Bali has seen great growth in property prices in the past decade, mainly thanks to increasingly more tourists and foreign property buyers.

The property market slowed down in 2017, but overall, the growth remained above the national average level. More than 30,000 expats live in Bali and with most people investing in beach-side luxury villas.

As a result, prices are higher compared to other places in Indonesia as the market mostly caters to the high-end segment, where people tend to focus on luxury villas.

The prices of luxury villas have almost doubled from 2013 to 2018. In some cases, prices even tripled, based on location and the distance to popular beaches.

Bali’s property market is expected to perform well in the future, thanks to the increased threshold before the luxury property tax of 20% kicks in (from around USD 1.4 million to USD 2.1 billion) and future economic growth.

How was the market affected by the COVID-19 pandemic in 2020?

According to local experts, freehold prices have decreased by as much as 25% in places like Bali during the pandemic.

In Jakarta, on the other hand, the sales for landed houses have decreased by around 20% compared to the second half of 2019. With tougher lending policies implemented by the government, we have also seen a reduced demand.

It doesn’t come as a surprise that the government now comes up with new initiatives to relax ownership regulations to boost foreign investments.

But there’s also light in the tunnel, as they say. Cushman & Wakefield mentions that we see an increased interest in new tourist destinations, including Lombok, Labuan Bajo, and even Raja Ampat in Papua.

The demand for Indonesian real estate will undoubtedly increase if the government can manage to make it easier for foreigners to buy, hold, and sell real estate in the country.

How will Indonesia’s property market behave in 2021?

Indonesia’s property market had a turbulent time throughout 2020, but there are signs that the market can recover in 2021, at least in the second half.

It mainly comes down to how long the pandemic and lockdowns will last if the government will implement new beneficial policies such as reduced LTV ratios, interest rate cuts, and debt restructuring.

Of course, the implementation of relaxed foreign ownership regulations will most likely gain the Indonesian market, something that the government has promised throughout 2020.

Another key point is that we see increased infrastructure investments and connectivity between cities and areas.

Prospective buyers seem to have no concern investing in units further away from the city centers, as long as the areas are supported by public transport and that the routes are reasonable.

Besides, we see a trend where buyers don’t see an issue with units located further away from the city centers as long as these areas are supported by schools, supermarkets, hospitals, and other facilities.

Another reason why we might see improvements is that buyers have postponed purchases from 2020 to 2021. MarkPlus surveyed 100 persons living in Greater Jakarta and around 50% informed that they still had plans to acquire real estate in 2021.

With more distressed units, discounts, and a recovering economy, some investors will most likely try to grasp the opportunity of investing in real estate.

What is driving the property market in Indonesia?

Indonesia’s real estate market has been weak in recent years and several factors will have a big impact on the market.

In the last couple of years, Indonesia’s economy has grown at a rate of around 4.9% to 5.2%, which is okay. The economic outlook looks a bit worse for 2020 as the growth will decrease to 4.7% according to Moody’s, below the psychological ceiling at 5%.

With that said, the long-term outlook looks positive for Indonesia.

In the last few years, several international investors, like Mitsubishi UFJ Financial Group, have invested in the financial sector and other sectors, resulting in higher consumption and more investment by the growing middle-class.

A report by the World Bank shows that the middle class of 52 million people (which continues to increase) has a big impact on the economy. With increased disposable incomes, the younger urbanized generation will turn the housing market around, as the demand for housing increases.

Other notable reasons speaking for an increased demand for real estate:

Some of the new projects in Jakarta include the new Jakarta MRT and LRT projects, Jakarta to Bandung High-Speed Rail, the Ring Roads, and more.

The new MRT and LRT lines will revamp the current real estate landscape. People will be able to buy apartments and houses further away from the central areas, where many expats and local professionals are forced to live, due to traffic congestion. 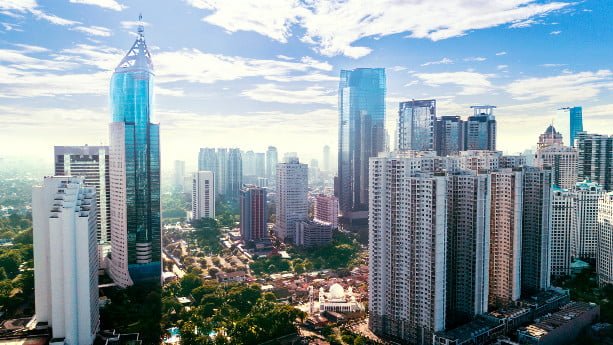 Indonesia offers the cheapest real estate in Asia. The price per square meter in Jakarta’s business district is 20% lower than Hanoi’s and 55% less than that of Bangkok.

The price difference is significantly larger if you compare it with Singapore and Hong Kong, of course.

Chinese buyers are famously known for snapping up property in places like Bangkok, Ho Chi Minh City, Phnom Penh, and many other places around Asia. They’ve started to open their eyes to Indonesia as well.

According to Colliers International, the Chinese invested USD 169 million in Indonesia’s property market in 2017. This makes Indonesia the third most popular destination for Chinese investors in Southeast Asia.

Singapore received the most investment, with USD 2.1 billion, while Malaysia snapped second place with USD 246 million.

Indonesia is known for having some of the least foreign-friendly ownership regulations in Southeast Asia.

In 2016, the government went so far and issued an Emergency Law (referred to as Purppu). This gave the president instant authority to change the property ownership regulations, which will be needed for Indonesia to compete with its neighboring countries in the long run.

The new law moved Indonesia a tiny step forward, but many locals and foreigners still believe that more changes are needed.

Regulations included in the new law:

With the new law in place, you can buy second-hand units (which wasn’t the case before), and you can mortgage your property in a bank or local financial institution.

Yet, the government plans to relax ownership regulations even more.

Even if it’s claimed that foreigners will be treated in the same way as locals (which seems a bit far-fetched), foreigners might be able to get hold of right-to-use titles, which will be highly beneficial.

The Indonesian housing market has slowed down since 2014 and will continue to be in a recovery mode in 2021. The market will most likely see a rebound through the second half of 2021.

While the economy contracted by around -1% in 2020, the market is set to rebound by 5.3% in 2021. With macroeconomic changes and relaxed foreign ownership regulations, the market might perform even better than expected.

With low property prices, an increasing middle class, political stability, and the upcoming completion of mega infrastructure projects, Indonesia has the potential of becoming a good option for both Chinese and other foreign investors.

I hope that you found this article and recommend you to read my separate article that lists interesting new property projects in Jakarta.

6 Responses to “Indonesia Property Market Outlook for 2021: A Complete Overview”