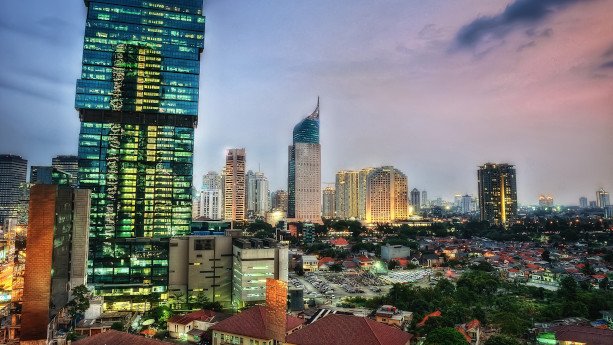 Indonesia is the biggest and one of the fastest-growing economies in Asia. Commercial property buyers have been standing on the sideline, waiting for the change of unfavorable property ownership regulations.

As mentioned in other articles, the government is well aware of the problem and has issued new reforms. We’ve not seen radical changes, but there’s more to come within the near future, hopefully.

Navigating the Indonesian real estate market can be a truly daunting task, something we will review in greater detail in this article.

Today, we review the following:

Indonesia is infamous for having some of the strictest foreign ownership regulations in Asia. However, regulations differ greatly if you buy property as an individual or through a company.

Before we review these two ownership structures, let’s have a look at the different ownership titles available in Indonesia:

Hak Milik is a freehold title and only available to Indonesians.

You can lease the property for 25 years and renew it for up to 80 years.

Hak Sewa allows you to lease the buildings or land that’s owned by a person who holds any of the above-mentioned titles.

The lease term is up to 25 years, with a possibility to renew the lease up to 80 years.

Hak Guna Bangunan is a Right-to-build title. Indonesian citizens or companies that are incorporated in Indonesia can obtain the title.

The main difference between Hak Pakai and Hak Guna Bangunan is that you can mortgage the latter one, which is not possible with a Hak Pakai.

Foreign individual investors have few options when investing in Indonesian property. You’re not allowed to buy a commercial property but can only acquire one unit if you officially reside or work in Indonesia.

The titles you can get a hold of are Hak Pakai and Hak Sewa.

As mentioned, the lease term starts from 25 years and stretches up to 80 years. Individuals who leave Indonesia for any reason must give up the property.

Foreigners can only open PMAs when engaging in foreign direct investment operations in Indonesia.

Requirements to open a PMA company

There a handful of requirements you have to comply with when opening a PMA. These include:

Benefits of having a PMA company

The benefits of opening a PMA company outperforms all other options as:

At the same time, we haven’t seen significant price increases since the new MRT system opened in March 2019. This will probably change in the near future if we don’t see any major disruptions to the global economy.

Even if the commercial property market has remained weak, the Indonesian government has many mega infrastructure projects in the pipeline. Hopefully, we’ll also see further changes in regulations for foreign property ownership.

With that said, Indonesia is not a place for investors who look for quick profits, but suitable for long-term investments. We see much investment from Chinese who want to enter the market earliest possible, for the highest possible returns.

Some also worry whether the relocation of 1 million government employees and offices from Jakarta to Borneo will impact the capital’s property market.

Hard to say. Many analysts claim that the relocation of the capital will have little impact as Jakarta will remain the country’s commercial hub.

Starting or acquiring a hotel can be a big undertaking due to the financial outlay and many regulations involved. Different regulations apply for non-starred, 3-star, 4-star, and 5-star hotels.

For example, the government requires that owners of 3-star hotels have various licenses, company acts, manpower reports, business certifications, the list can be made long.

3-star facilities also need around 25 rooms or more, restaurants, swimming pools, and wheelchair access. You should find a lawyer earliest possible, that can help and guide you through the buying process.

Looking at the market, the number of tourist arrivals has doubled from 2013 to 2018, from 8.8 million to 15.8 million visitors. But, occupancy has remained low, even if there will be increasingly more travelers in popular holiday destinations like Bali.

International brands, like Marriott, plan for future expansion in Indonesia, a country with one of the biggest supply of hotel rooms in the pipeline.

Office space is divided into four different segments – Grade A to C.

Grade A offices are normally prime office buildings in Jakarta, which cost USD 27 to USD 54 per square meter and month. These are leased to big and multinational companies or small and medium-sized companies that want to be located in Jakarta’s central business district.

Grade B offices are in the medium segment and usually cost USD 27 to USD 30 per square meter and month. These offices often have high standards, similar to Grade A offices, and can be found around Mega Kuningan and Satrio.

Grade C offices are in the lower segment and normally cost around USD 15 per square meter. These can be located anywhere, except the Sudirman Central Business District. You mostly find Grade C office space in Mas Mansyur, Mampang, Tebet, and all over Jakarta.

Looking at the office space market, vacancy rates have been high in the central business district with price decreases. This will most likely improve with the new MRT, even if this didn’t have a direct effect on the market.

We also see a high demand for virtual offices and co-working spaces, a trend we see in other Asian countries. GoWork is one of the most successful co-working space operators that has grown rapidly since its inception.

Markets that have performed significantly better than Jakarta include Ho Chi Minh City (Vietnam) and Singapore.

Indonesia still has low internet penetration, mobile usage, and many locals are not accustomed to using credit cards. Yet, this will drastically change in the coming decade.

Along with its increasing middle class and urbanizing population, we’ll see less unorganized retail outlets and more supermarkets and retail chains. At the same time, convenience stores will continue to be the biggest segment of the retail market until 2023.

Worth mentioning is that the eCommerce market will grow the most in Southeast Asia and the number of online shoppers will increase significantly. Thus, Indonesia will most likely follow the trend of other regional countries, with more showrooms and with more omnichannel sales.

Asia’s industrial sector is strong and continues adding to the demand for logistics facilities and warehouses. Here, Indonesia and Vietnam are two countries that truly stand out.

Large corporations from countries like Singapore and Japan have poured money into Indonesia’s industrial real estate market recently. The logistics sector will be one of the most interesting, with increased activity in the commodity, manufacturing, and retail industry.

The growth in eCommerce will have a big impact on the industrial property market as well. We’ll see a bigger demand for advanced logistics facilities, having autonomous vehicles, robotic systems, and delivery drones.

With the rise of eCommerce, location is becoming increasingly important. Consumers become more sensitive to transportation lead times, which will result in a bigger demand for logistics facilities closer to populated/more central areas and transportation infrastructure.

In China, we see the same trend where shopping platforms like Tmall and JD set up hundreds of fulfillment centers in dozens of cities.

Cities like Jakarta have suffered much from traffic congestion, some commuters have even been stuck in traffic jams for up to 6 hours. Not to forget, the amount of registered cars in Indonesia has increased from around 20,000 per month in 2007 to around 90,000 per month in 2019.

With that said, the new MRT system has received much positive feedback from locals and expats in Jakarta. Thanks to the new MRT, we see a new trend where park-and-ride services will grow.

In short words, park-and-ride means that you park your car close to MRT or bus stations, using its public transportation system. This can save commuters cost and time and the congestion issues will be reduced and the air quality better.

The park-and-ride industry is still underdeveloped and the government entices firms to invest and construct these kinds of facilities.

Indonesia is the biggest country in Southeast Asia, both in terms of population and land area. It’s also the richest country in the region.

With that said, you have plenty of options if you look for commercial property investments. Below are some examples.

Jakarta is the capital and financial center in Indonesia, having around 30 million people. Thus, the most commercial activity can be found here, it’s predicted that it will remain like this, even when the capital relocates.

With increasing urbanization and the new MRT system up and running since March 2019, Jakarta will just continue to become an even more interesting city for commercial property investments.

Indonesia’s office space market has been in a weak state, something that can benefit investors. At the same time, we’ll see increasingly more investments in retail property, advanced logistics facilities to cater to the growth of the eCommerce market.

Indonesia also has one of the biggest hotel supplies, where large international companies, like Marriott, have vast plans to expand in the city.

To leave Jakarta out of this list would be a no-brainer.

Medan is the fourth biggest city and becomes increasingly interesting among investors. Located on Sumatra, it’s traditionally an old trading hub where Indonesia exported much of its rubber, tea, and tobacco.

The city is said to have one of the most promising property markets outside of Java thanks to its proximity to Malaysia and Singapore. It also has its own international airport and port, currently contributing to 20% of the export in containers.

The commercial real estate market is promising in Medan with growing industries such as manufacturing, logistics, retail, warehousing, mining, and food.

Surabaya is located in East Java and traditionally an old trading port, similar to Melaka in Malaysia. Being the second biggest city with around 3 million people in its city center.

Surabaya is comparably cheap to Jakarta and has outperformed the capital in economic growth. Analysts say that it’s one of the top five destinations for investment, not only in Indonesia but in Asia.

Interesting sectors include commodity trading, manufacturing, agriculture, retail, and construction. With its rich human resources and low costs, Surabaya is a preferable option among many foreign investors.

Bandung is located in West Java and an upcoming investment destination.

Recently, we’ve seen great improvements in its infrastructure which has made Bandung into a smart city (Teknopolis City). We now see increasingly more investments in resource exploitation, manufacturing, the gas and oil industry, and commodity trading.

Indonesia has some of the highest property taxes, a reason why fewer foreigners have invested in this promising market. Let’s have a look at the taxes you need to pay when buying, holding and selling commercial property.

Both companies and individuals are subject to a transfer fee of 5% when obtaining rights to land or buildings. The rate is multiplied by the sales value or the assessed value, whichever is higher.

A notary needs to witness the transaction and the fee is generally 1% of the sales value.

The property tax ranges between 0.01% to 0.3% and multiplied by the assessed property value.

Foreign individuals and corporations are subject to a 20% withholding tax on dividends from property companies.

A land and building tax of 5% is paid by the seller.

Below I have included some commonly asked questions and my replies.

What is the difference between PT and PT PMA?

You can find most of the global companies in Indonesia, including JLL Indonesia, Knight Frank Indonesia, Colliers International Indonesia, Cushman & Wakefield Indonesia, and more.

I hope that you found this article useful and interesting. I also recommend you to read my separate article where I explain how you can invest in Indonesian REITs