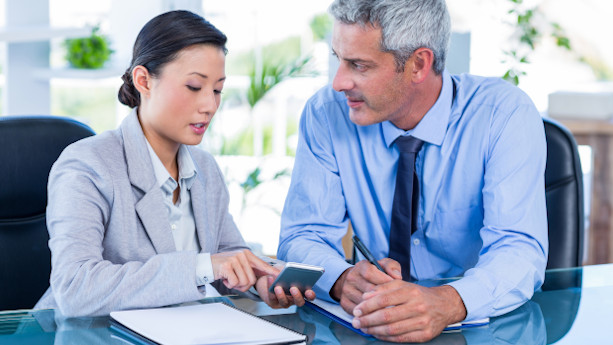 Indonesia has one of the most promising real estate markets in Asia and mainly held back by unfavorable ownership regulations. Buying real estate here isn’t as easy compared to neighboring countries like Malaysia.

With that said, Indonesia becomes increasingly popular among foreign investors. It’s mainly thanks to the young and rapidly urbanizing workforce that will drive growth in sectors like hospitality, eCommerce, and manufacturing.

Investing in hotels here can be a big undertaking and requires thorough planning. To give you a helping hand, I have written this article where I explain the basics when investing in Indonesian hotels.

Topics covered in this article

Can foreigners buy hotels in Indonesia?

Indonesia has some of the strictest property ownership regulations in Southeast Asia and you cannot acquire hotels as a foreign individual.

With that said, it’s rarely heard of that individuals purchase hotels that fetch for tens or even hundreds of millions of US dollars.

These investments are typically done by hotel chains, investment funds, or Ultra-High-Net-Worth-Individuals (UNHWI) through overseas or local companies.

In Indonesia, one of the most common options is to set up a so-called Penanaman Modal Asing (PMA) company. You can only set up a PMA when dealing with foreign direct investments.

These companies can be partly or even fully foreign-owned and allow you to manage commercial and business operations according to Indonesian regulations.

What is the minimum investment amount to set up a PMA company?

To establish a PMA company, you need a total investment of Rp. 10 billion that equals around USD 670,555. It can include both equity and loans but not buildings and land.

Worth mentioning is that the debt to equity ratio cannot be greater than 3-1, at least as a rule of thumb.

Worth mentioning is that Indonesia had a Negative List that restricted foreign ownership in certain industries. For example, the maximal capital ownership of 1 to 2-star hotels was set to 67% for foreigners.

Yet, the government decided to replace the Negative List with a Positive List in January 2020, to further enhance investments as the economy has remained sluggish.

Indonesia has struggled to attract foreign investments due to its unfavorable regulations to foreign ownership.

To own real estate as an individual, for example, you would need to have Indonesia as your domicile and it would be under a leasehold agreement.

Compare that to Malaysia where foreigners can own commercial property as well as land.

In the past years, the Indonesian governments have introduced changes to the ownership regulations, but without much clarity to foreign investors.

This is about to change as Indonesia wants to attract more foreign capital, especially due to the economic downturn during the COVID-19 pandemic.

The government currently plans to introduce new regulations that would give foreigners similar ownership rights to locals.

This would transform Indonesia’s property market significantly and it would most likely become one of the most interesting real estate markets in Southeast Asia.

Requirements to Open a Hotel in Indonesia

Navigating Indonesia’s real estate landscape is not the easiest task on hand from a regulatory point of view. In Bali, for example, there are many districts with different zoning regulations and laws.

As such, you must work with a credible lawyer and agent from day one, that know the local regulations in-and-out and can guide you through the process.

You should also check the Foreign Investment Coordinating Board (BKPM) that provides more information.

There are two hotel types available in Indonesia:

Hotel Melati is typically small-sized hotels and 33% of the shares have to be allocated to local citizens. The company license is valid for 3 years and the BKPM will issue the necessary licenses.

3-star hotels run under Hotel Berbintang shall have at least 25 rooms. You must also provide a business center, swimming pool, wheelchair access, and more. Foreigners can own 100% of these units.

With that said, you also need a principal license, company act, tax ID, business certificate, manpower report, and more. You will most likely also need an alcohol license and an environment license and hygiene license.

Again, for more information, consult with your lawyer and business partner in Indonesia.

Interesting Cities and Islands for Hotel Investments in Indonesia

Indonesia is the home of around 270 million people, it’s wide as the distance from Paris to Kabul, and it has 17,508 islands.

With a quickly urbanizing and young workforce and abundance of natural resources, it’s not strange that Indonesia is the home of many interesting cities for investment purposes.

Below I have listed two of the top choices for hotel investments.

Bali is one of the most popular resort destinations in the world with 6.3 million visitors in 2019.

The island has a unique culture and astonishing nature that attract everything from digital nomads, backpackers, and High-Net-Worth-Individuals.

It was the fourth fastest-growing province in terms of growth in room-nights sold for the past 15 years, averaging at 19.4%.

With that said, Bali also faces some issues in terms of environmental issues, a fall of Chinese tourists, and high flight rates, which has forced local tourists overseas.

Jimbaran/Uluwatu and Ubud saw the best performance in 2019 with high RevPAR growth.

In the past years, Bali has started to experience some environmental issues due to traffic jams, littering, and lack of freshwater.

Hopefully, the government will take these issues seriously so that we can see improvements in ecological issues and foreign ownership regulations.

Jakarta is together with Bali one of the biggest hotel markets in Indonesia. It’s not strange as around 30 million people live here and it serves as both the capital and financial hub.

Bali is by far the most popular option among travelers, accumulating 39% of all the tourists in 2019. Jakarta was second behind with 15%. We have also seen a dip in RevPAR performance in Jakarta with a reduction of 4% in 2019.

In the same year, Bali saw an increase of 7% by comparison.

The hospitality market has grown significantly in Jakarta in the past years. We will most likely see a greater demand for hotel nights as the economy grows and Indonesia will lead the pack in Southeast Asia.

Jakarta primarily absorbs domestic travelers (80% in 2019) and where the remaining 20% come from China, Japan, Malaysia, and Singapore. Obviously, we see a greater number of business travelers here.

Below you can find some commonly asked questions and our replies.

How do I set up a PMA in Indonesia?

The process to set up a PMA is as follows:

How long does it take to set up a PMA?

Generally, it takes two to six months to establish a PMA company until it is ready to operate commercially.

Foreign individuals are not allowed to buy and own land in Indonesia. Instead, you have the following three options:

You can also lease land which is a significantly easier option.

How can I find hotels for sale in Indonesia?

You can find hotels with the help of local or international real estate agents who work with hotel owners. For smaller transactions, you can also find hotels in regular listing websites like Dotproperty.id and Rumah.com.