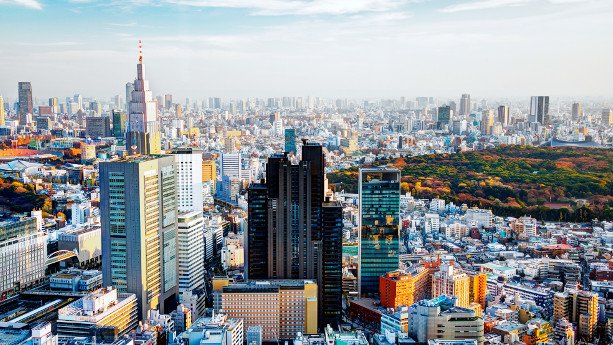 Japan is one of the most visited countries in Asia and its tourism industry has seen a great upswing in the past years.

The major cities will see a large supply of new units in the coming years, an interesting trend is that the demand for nights at 4-5 star hotels increase much.

Investing in Japan real estate is straight-forward compared to other regional countries, including Thailand, China, and Vietnam, just to mention a few.

Yet, the country is also well-known for being bureaucratic which can understandably make some investors frustrated.

Can foreigners buy hotels in Japan?

Japan has transparent and preferable property ownership rules, foreigners generally don’t have any issues to acquire hotels and resorts.

There are only limitations to the ownership of agricultural land, which is treated sacredly in Asian countries.

Looking at the buying process, the major obstacle is that Japan can be comparably bureaucratic compared to many Western countries, besides, contracts and other documentation are written in Japanese.

If you don’t master the Japanese language, working without a local partner will indeed be challenging. Being patient and setting aside sufficient time is the bottom line.

Licenses Needed to Operate a Hotel

No matter if you plan to acquire or construct a hotel on your own, you have to assure that you have all the licenses in place. To own and run a hotel, you need the following licenses and documentation.

First of all, you need a hotel to permit you to run a hotel. Worth mentioning is that if you own a hotel but don’t run it, you’re not responsible to apply for a hotel permit.

If you lease the hotel to a company or private person, the other party will have to apply for a hotel permit.

Restaurant, Liquor, and Other Licenses

Depending on the services you offer, a liquor and restaurant license will most likely be needed. This is the case for larger hotels that institutions and investment funds primarily look for.

With that said, it’s fairly easy to apply for and receive a liquor license. For more information, discuss it with your local partner and lawyer.

A seismic risk assessment will assure that the hotel meets local standards and requirements in terms of seismic risk. A report will be provided, after, the buyer will understand whether earthquake insurance is needed.

If you buy the operating company together with the hotel, investors typically appoint a tax advisor and accounting to perform due diligence of the unit. Market and human resources studies will also be part of this step.

There are plenty of local and internationally recognized companies offering tax and accounting services in Japan, both in English and Japanese.

Before you can start operating the hotel, you have to get a Hotel Business Permit and meet the requirements stipulated. The Hotel Business Act is called Ryokan Gyo Hou in Japanese but generally referred to as the first one mentioned.

This can take some time as you will have to prepare the documents required so that the government can issue the business permit. Examples of documents needed are:

Besides, a public hearing might be needed if you want to open a new hotel. The proximity to schools, medical centers, and libraries will then be reviewed.

For example, room windows might not overlook school playgrounds.

Buying Japanese Hotels through a Company

If you buy a hotel on behalf of HNWIs or through an investment fund, for example, you will most likely do so through a company.

The most common investment vehicle used among foreign investors in Japan is the TMK, TK, or GK-TK structures. Having said that, you don’t need a local office, but at least one company representative if you set up a TMK.

Different taxation laws apply depending on the structure you choose. Confirm with a tax advisor what obligations you have before selecting one of the options.

Below you can find some core differences between the TK-GK structure and TMK structure mentioned above.

Japan’s market has grown steadily in the past year thanks to eased visa regulations towards Chinese travelers and a generally higher demand among foreign travelers.

The government’s goal of attracting 30 million tourists in 2020 was unfortunately diminished due to the COVID-19 pandemic, which affected hotel markets badly globally.

The government’s goal to attract as many as 60 million tourists by 2030 is still intact though. Thanks to its proximity to developing Asian countries, like China and Vietnam, we will see a stronger tourism sector and increased demand for hotel nights.

Tokyo, Osaka, and Kyoto will see the biggest supply of new rooms in the coming years. Tokyo alone was supposed to add around 30,000 rooms from 2019 – 2021, a number that will be revised due to the COVID-19 pandemic.

Osaka, on the other hand, saw a planned supply of 20,000 rooms at the same time. Again, this will have to be revised due to the ongoing economic issues and the pandemic.

Overall, the Japanese market is predicted to perform well in the coming decade, and once the market stabilizes. It remains a highly sought after destination that continues to attract a large number of leisure and business travelers.

Below I have listed some of the most interesting cities for hotel investments or developments in Asia. If you would like to know more about how you can invest in any of these cities, feel free to send us a message through the form below.

Despite having some of the highest real estate prices in the world, Tokyo will remain as a global financial hub and leisure destination.

In 2019, more than 15 million travelers visited the city, which is still far behind the most visited city in the world, Bangkok, that received around 30 million visitors. 2019 was the best year for Japan tourism as the country recorded the highest number of travelers ever.

Shinjuku offers the best returns in central Tokyo and where a 10-year-old property will see a return of around 4.75% on average. The returns generally improve the older the building gets.

30-year old properties, for example, generate an average rate of 5.3%.

Osaka will see a great supply of hotel rooms in the coming years as tourism picks up. The same as it goes with Tokyo, the local market was affected badly during the COVID-19 pandemic, something that will improve once the crisis has ended.

Thanks to increased demand among foreign travelers and a rebounding economy, Osaka’s hotel market is predicted to perform well once the pandemic and crisis are over.

Japan is a developed country that has attracted foreign investors for decades. Thus, you’ll find most of the multinational companies and boutique agencies here. Some of the most notable real estate agencies in Japan are:

I hope you found this article interesting. I also recommend you to read my separate article where I explain how foreigners can invest in commercial property in Japan.