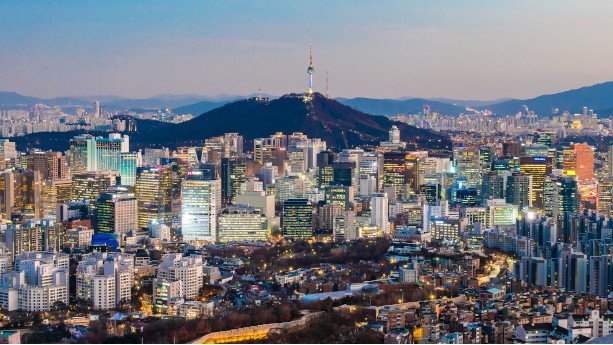 Korea’s residential and commercial property markets have seen much investment recently. Locals have started to complain about rising prices and the government imposes higher taxes to cool down the market.

Cities like Seoul attracts many investors thanks to preferable ownership regulations, having a strong economy, and a bright future outlook.

We see large foreign corporations such as WeWork and Marriott expanding quickly in Korea, trying to grasp market shares.

Yet, before you invest in commercial property here, you must get your feet wet and learn about the market and local regulations first.

Foreigners don’t have any particular issues to buy residential or commercial property in Korea. With that said, there are three laws you need to comply with:

In short words, the laws explain that you cannot buy property if it threatens national security or public order.

You also need to seek approval if the property is located in a:

As this cannot be easily distinguished by the foreign eye and up for interpretation, you should seek help from a reputable agent and solicitor from day one.

Another issue worth mentioning is the problems foreigners have to transfer profits from leases to overseas. This is often resolved by opening a local company, which can come in many different forms.

Buying Property through Companies and Trusts

Popular company formations that allow you to remit money on an ongoing basis are:

If you buy real estate through a stock company, you’re allowed to transfer revenues overseas as dividends. The capital required to open a stock company is more expensive than an LLC and around USD 45,000.

If you open an LLC, on the other hand, you can simply transfer profits overseas after the government has deducted taxes. To open an LLC, you need to have a capital of around USD 9,000.

The same as it goes with REFs opened by companies, REITs are exempt from corporate income tax if 90% of its distributable income is used as dividends.

Other developed countries and cities, like Singapore and Tokyo, offer lower yields at the same time as China is incomparable when it comes to foreign ownership.

Even at times when analysts predicted that the market was going to slow down, it grew as much as 38% from April to June in 2019, for example. Foreign investors continue to pour money into Korea’s commercial real estate market.

This is happening at the same time as the government has tightened lending policies and where we see much commercial property in the pipeline for the coming years.

Co-working spaces will transform the office market significantly in the coming years. It’s even said that 30% of all office space around Asia will be co-working spaces until 2030.

Korea’s hotel market has boomed in the past years and some claim that it’s becoming saturated. Yet, we also hear more positive comments from companies like Marriott, who claim that there’s still much room for expansion.

First of all, we don’t only see new hotels popping up in Seoul, but also in Busan and other cities.

Chinese are some of the key drivers of the hotel market and the number of travelers will just continue to increase from places like China and India in the future.

According to Marriott, Korea is also in need of more high-end hotels, which suits well with the locals’ and traveler’s strong purchasing power.

Seoul continues to be the most popular city for investments in office space, we see a particularly high demand in its central prime areas.

With that said, the market is predicted to stagnate in the short-term, due to the upcoming supply and the current status of the global economy.

Other factors that will reduce the activity in Seoul’s office markets are tighter buying and ownership regulations, changed borrowing policies, and lower returns.

However, with an expanding economy, and improving employment scenarios, the need for office space will most likely increase in the future.

As mentioned above, keep in mind that the co-working space industry will grow everywhere around Asia, a trend that Korea will follow and that shouldn’t be neglected.

Koreans are crazy about shopping where Seoul draws the most interest among locals and foreign travelers. Many believed that the retail property market would fade, following the rise of eCommerce.

It didn’t really happen. Instead, the market has been reoriented and where mall operators and retailers now try to compete with the online shopping industry, but in different ways.

With an increased purchasing power and population growth, the retail market is predicted to perform well over the years.

With that said, operators will be more cautious about sizes, locations, and formats of stores, due to the increased threat from the eCommerce market.

Riding the trend of the growth in eCommerce, we’ll see an increased demand for advanced logistics and distribution centers. These will mainly cater to 3rd party logistics firms and eCommerce operators.

This is a trend we see in Japan’s industrial property market as well.

These plots and buildings are already served by public infrastructures, such as transportation, water, wastewater, and other utilities.

Major cities like Seoul and Busan face problems with increasingly more vehicles and lack of parking space. Many believe that the parking lot business has decent growth potential.

Investing in car parks have become increasingly popular in places like Australia and Japan. At the same time, Korea’s market is not as developed, but local companies have started to cooperate with operators overseas.

In the future, we will see more unmanned car parks, allowing people to park 24/7. Established companies increase profits by offering value-added services, such as candy and beverages from vending machines in these facilities.

With that said, many developers and property owners fail to pass the final steps when planning to construct public car parks in the past.

Why? Because the car parks only have limited benefits compared to the investments needed, at least in areas with residential buildings and nearby housing.

Land prices have increased much over the years and one needs to have car parks in central areas to reap great profits.

Korea doesn’t have many major cities and Seoul is the most interesting city for overseas investors.

Below I’ve listed the two most interesting cities when investing in commercial property in Korea.

Seoul is the capital and the biggest city in Korea, having almost 26 million people in the metro area. Around 50% of Korea’s population lives in Seoul and it gains the most attention when talking about commercial property investments.

Most business activities and entertainment can be found here, it’s also the most popular city for foreign travelers.

Looking at the different commercial property segments listed above, Seoul is one of your best options. Property is in high demand and with good profit potential.

Just be sure to do thorough research for the specific real estate segment you plan to invest in and approach an agent early. He or she should help you to evaluate which districts that are most suitable for your investment.

Busan is the second biggest city with a bit more than 4.5 million people in the metro area.

Located in the South-Eastern parts, having a warmer climate and sandy shores, Busan is becoming an increasingly popular investment destination.

Even if the government has imposed stricter regulations in both Seoul and Busan, the latter one has residential prices half as high as in the capital.

Increasingly more people from countries and cities like China, Hong Kong, and Russia buy property in Busan, as living costs are low but with good medical services and infrastructure.

Having said that, Busan has less to offer in terms of commercial property as it’s mainly used for leisure and as a vacation retreat.

Investments in industrial and logistics facilities are probably most interesting as it has Korea’s busiest, which is also the fifth-busiest in the world.

The property tax burden is often lighter in Korea when compared to other developed countries.

Below I’ve listed the major taxes you need to pay when buying, holding, and selling commercial property.

The stamp duty is negligible and ranges between KRW 50 to KRW 350,000 (around USD 320), depending on the value of the property.

The acquisition tax usually averages 4.6% for commercial property and paid when you acquire the property.

A VAT of 10% is multiplied by the sales value when purchasing a commercial property, such as buildings (companies can be reimbursed). The VAT should be paid by the seller but is sometimes passed on to the buyer.

A capital registration tax of 0.48% is levied when a company registers its incorporation or capital increase. The rate in Seoul is higher and 1.44%.

Capital gains are taxed at 11% of sales or 22% of gains, whichever is lower.

Below you can find some commonly asked questions and my replies.

Can I get a Residence Permit by investing in Korea?

Foreigners won’t be granted permanent residency automatically when investing in real estate. However, foreigners can receive the F-2 Residency visa if they invest USD 500,000 on Jeju Island.

Can foreigners buy land in Korea?

Foreigners have no particular issues to buy land in Korea. This is not the case in many other countries like Vietnam, Cambodia, and Thailand. In Asia, Japan, Korea, and Malaysia are some of the few countries allowing foreign land ownership.

If you plan to buy land in Korea, you have to meet the following acts:

What are the biggest commercial real estate agents?

Korea is the home to multinational commercial real estate agents that have served the markets for decades. Some of the most well-known names include CBRE Korea, Colliers International Korea, JLL Korea, Knight Frank, Cushman & Wakefield Korea, and more.