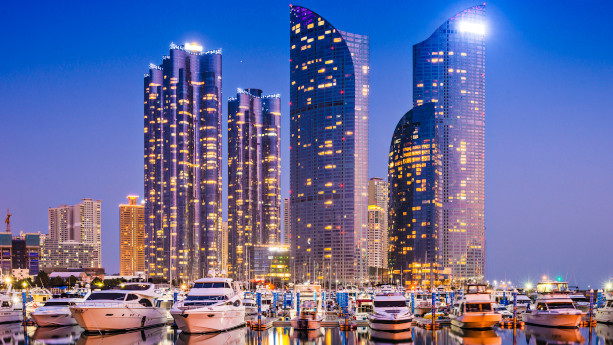 The hotel industry has grown much in Korea in the past years mainly thanks to increasingly more tourists from China, but also Vietnam, Japan, and other regional countries.

Plenty of international hotel operators have opened new hotels in cities like Seoul and Busan and companies like Marriott are bullish on the market. Domestic traveling grows here as well, especially among young Koreans, that have a strong purchasing power.

With a promising economy and growing population, experts predict that the economy will perform well in the coming years.

However, investing in Korea hotels can seem like a challenging task with foreign eyes and requires that you do due diligence and work with a credible partner.

Can foreigners buy hotels in Korea?

Korea brings similarities to Japan where property ownership regulations are practically identical between foreigners and locals. Yet, both countries are renowned for exerting a high level of bureaucracy.

Navigating the Korea real estate landscape without the help of a local partner is practically impossible. Documents are written in the Korean language, at the same time as it’s common that locals don’t speak English.

As explained in my other article about how foreigners can buy commercial property in Korea, you’ll also find three laws that foreigners have to comply with:

These laws explain that you cannot buy real estate in case:

Or if the property is located in a:

Indeed, it’s not an easy task to judge whether a project falls into any of the above definitions or is located in any of the zones mentioned. Your local partner should help you to confirm this.

The Hotel Market in Korea

Korea’s hotel market has performed significantly well in the past years and had one of the fastest-growing RevPAR markets in Asia in 2019. The COVID-19 pandemic didn’t make things better and the hotel market has faced a serious decline.

Yet, Korea has remained a strong tourist-destination and is set to recover and perform well once the pandemic has calmed down. Favorable supply and demand dynamics have helped to drive the market.

A great increase of Chinese tourists and luxury hotels have also spurred the demand for hotel nights.

The Chinese account for as much as 34% of all foreign visitor and the number of travelers have increased 30% year on year since 2017 when the country experienced the THAAD dispute with China.

In addition to increased demand from China, we also see more tourists coming from countries such as Vietnam, Japan, Taiwan, and the Middle East. Travelers from Vietnam have more than tripled while the amount of tourists from Taiwan has doubled, looking back 5 years ago.

Domestic tourism has also increased, especially among young people who have started to favor domestic traveling.

The tourism industry is primarily focused on the capital, Seoul, but there are a handful of cities that should be if interest when investing in hotels. Below you can find the most interesting cities for hotel investments in Korea.

Seoul attracts the largest amount of tourists in Korea, even if we have seen reduced RevPAR numbers in the past years.

The hotel market was hit badly during the pandemic, in May 2020 as little as 6,111 tourists visited the country compared to 1.23 million a year earlier. With that said, hotel operators such as Marriott are bullish on the markett.

Thanks to a strong local purchasing power and an increase of Chinese tourists, the company plans to expand here.

Besides, other upcoming and recently launched hotels in Seoul include:

Busan is one of the biggest cities in Korea and famous for its maritime industry. The city is comparably cheap to the capital, a reason why many investors from Russia, Hong Kong, and mainland China target the city’s property market.

Recently, we have seen more hotels entering the market which has increased the competition among local operators.

Residential real estate prices are around half as low compare to the capital. With a pleasant climate and a strong economy, Busan is undoubtedly one of the most interesting cities for hotel investments in the country.

Jeju Island has gained a lot of attention in previous years as foreigners can obtain residency if buying real estate here. With that said, the island has difficulties due to an increased supply of new units and a looming amount of tourists.

Long-term measures will be needed to curb the supply and bring a balance with the demand. If you want to know more about buying real estate on Jeju Island, I also recommend you to read my separate article.

How can I find hotels for sale in Korea?

Residential real estate agents primarily speak Korean and it’s not always easy to find a local partner who’s willing to help you. This is something I have experienced first-hand.

With that said, there are plenty of commercial real estate agencies available, including both local and multinationals. Many of them have decades of experience operating in Korea and knows the market and neighborhoods in and out.

Some of the most notable commercial real estate agencies include:

For more information, you can visit their websites. Asia Property HQ also works with reputable partners across Asia and can help you to identify and acquire hotels in Korea.

Simply fill in the form below and then we will be back to you earliest possible.

How much do I have to pay my real estate agent?

The real estate agent fees range from around 0.20 % to 0.90%, depending on the value. If you buy commercial real estate such as hotels in the upper price range, the value will generally be lower.

What are the biggest hotel operators in Korea?

Lotte Hotels is one of the biggest companies from Korea that manage luxury hotels both domestically and internationally. They have hotels in various locations in Korea, including Seoul, Incheon, and Busan.

Other large hotel operators that can be found in Korea include: