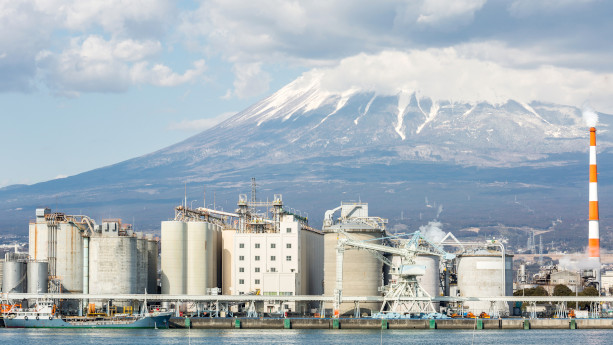 Japan has one of the biggest industrial real estate markets in the world. You can find a high density of warehouses, logistics centers, and factories in clusters, such as in the Hanshin Industrial Region or Greater Nagoya.

The market will see a transformation in the coming years as Japan is in great need of automation and more advanced logistics facilities. Here, the growing eCommerce market is the main driver.

In this article, I explain how you can buy industrial real estate as a foreigner in Japan. I will cover a wide range of topics covering regulations, the market, tax obligations, and more.

Japan is one of a few Asian countries where foreigners have no general issues buying real estate, no matter if it’s residential or commercial real estate. You can also own land on a freehold basis, Korea and Malaysia are practically the two only other countries that allow this.

I don’t count Singapore as foreign land ownership is restricted, expensive, and generally not available unless you have a large amount of capital. Taiwan ROC, on the other hand, requires that Taiwanese citizens can buy real estate in your country, which is not always the case.

In Japan, foreigners mainly struggle due to the limited opportunities to communicate in English. Documents are written in Japanese and agents are sometimes reluctant to cater to foreigners due to language barriers.

The buying process can also seem bureaucratic, which is typical in a Japanese business context.

Examples of industrial real estate that are available to foreigners in Japan include warehouses, factories, and logistics centers, just to mention a few.

Being one of the most developed and export-oriented countries in the world, Japan has managed to build up one of the biggest industrial real estate markets in terms of market value.

Industrial real estate is primarily concentrated in and around urban areas, but you can find it pretty much anywhere.

If you’ve been to Japan on business trips to visit factories, you have perhaps noticed that some are located in the countryside and workers stay in dormitories at the production facilities. Nishio and Hamanako are just two examples.

After the Tohoku Earthquake and Tsunami hit the Northern parts of Japan, multiple Japanese and foreign companies experienced serious supply chain issues as key suppliers are located in smaller cities there.

Due to rapidly growing eCommerce markets in Asia, we currently see a trend where the demand for advanced logistics facilities and warehouses increases. Japan is not an exception.

The Japanese eCommerce market has grown by double digits since the financial crisis in 2008 and we saw an exponential increase during the COVID-19 pandemic.

Automation will be crucial for the Japanese economy to survive, according to McKinsey, an activity that will become even more important in the coming decade.

Not only does Japan face a serious labor shortage and aging population, but more than half of work-time is spent on repetitive tasks, and where two-thirds can be automatized.

Japan is in greater need of automation than ever. Digitization, a transforming work culture, and a growing eCommerce market will undoubtedly create a stronger demand for advanced and automated facilities.

Japan is a big country with many medium and large-sized cities. In nearby countries like Korea, for example, production and logistics operations are primarily concentrated in a few cities, including Seoul and Busan.

Below, I have listed some of the most interesting options.

Greater Nagoya is the third-biggest metropolitan area in Japan and serves as one of the most important industrial clusters. While the city accounts for 1% of the global economy and 11% of Japan’s domestic economy, it even outperforms Poland in economic terms.

While the city mainly attracts most of Japan’s automotive companies and manufacturers, it’s the home of many companies operating in aircraft, machine, and electrical component manufacturing.

As a result, the supply and demand for industrial properties and warehouses are in high demand. Examples of companies that are based in Nagoya include Denso, Mitsubishi, Toyota, Honda, Suzuki, Kawasaki, Fuji, Toshiba, Sony, Hitachi, and Sharp.

Nagoya has one of the biggest port areas in the world.

Tokyo is the financial heart of Japan and the biggest metropolitan economy worldwide. Serving as a commercial hub, you cannot only find the Asian headquarters of many multinationals, here but practically any kind of industrial real estate.

Greater Tokyo will see a huge supply of industrial property in the coming years, dwarfing that of Greater Osaka and Nagoya. Vacancy rates continue to stay low and where the Gaikando is an outlier, according to CBRE.

While Tokyo isn’t the home of most of Japan’s heavy industries and manufacturing operations, we will see a great demand for logistics facilities and warehouses that can serve the metropolis’s eCommerce market.

The main industries in Tokyo include:

Tokyo is also one of the biggest port areas worldwide.

Yokohama is only a 40-km ride away from the city center of Tokyo and you can travel between the cities in as little as 40 minutes by train. It’s the third-biggest city with strong activity in the shipping, biotechnology, and semiconductor industries.

Thanks to its short distance from the capital, some companies, like Nissan, have decided to relocate to the city. Rents are lower here and the city becomes increasingly interesting for residents as well.

There are three primary reasons why Yokohama become a desirable location according to CBRE:

Osaka and Kobe are part of the Hanshin industrial region, one of the biggest industrial regions in Japan. On contrary to Nagoya, Osaka is the home of many companies operating in the metallurgical and chemical industries.

The biggest industries in Osaka are currently as follows:

Osaka has also become famous for its startup-friendly environment, thanks to being an untapped market with generally lower living costs than Tokyo.

Kobe and Osaka also serve as one of the biggest port areas globally.

How can I find industrial real estate for sale?

Japan has a developed real estate market and foreigners have no particular issue investing in commercial real estate here. Even if the buying process can seem bureaucratic, it’s transparent and the risk of stumbling upon unreliable agents is comparatively low.

Yet, it can be time-consuming to scout for properties in Japan, especially commercial real estate. Listings are sometimes outdated at the same time as the agent only has one particular object that he or she wants to sell.

Working with a credible partner that has long experience in the Japanese real estate market is crucial to many foreign investors as you can save time, get advice, consultancy, and speed up the process.

Asia Property HQ can help you find commercial properties in Japan. Other Japanese real estate companies that should be of interest when looking for properties include:

You must understand your tax burden before you invest in commercial real estate as the amounts can be in the millions of US dollars. Below I have listed some of the most notable taxes you should review.

Keep in mind that rates change frequently, it’s important that you confirm them with a local partner that has sound knowledge of the Japanese real estate market.

As it speaks, you have to pay an acquisition tax as a buyer and the rate stretches from 1.5% to 4%. The rate is multiplied by the sales value of the property.

After the purchase, you also have to pay a registration tax of 1.5% to 2%. The same as for the acquisition tax, it’s multiplied by the sales value.

Stamp duty of JPY 480,000 (around USD 450) and is paid when transferring the unit in your name. This tax can be found in most other countries worldwide.

A consumption tax of 8% is charged in transactions between companies and the rate is multiplied by the value of the building, excluding the land.

You might be subject to a corporate tax that is generally 33% to 35%. Confirm with your partner when this tax is applicable.

Owners also have to pay an annual property tax for municipal purposes. In Japan, it comprises a so-called City-planning tax and a

The property tax consists of the Fixed asset tax and City planning tax. The total tax ranges between 1.4% to 2.1%, even if only 10% of local governments charge a property tax higher than 1.4%.