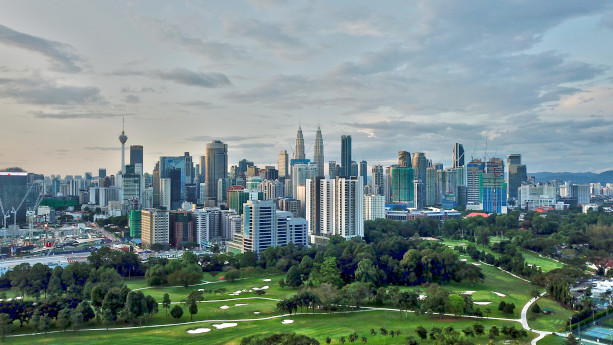 Since its independence in 1957, Malaysia has developed from being an economy that relies on agriculture and commodities to attracting manufacturing companies and service providers.

It’s also one of the most open economies globally with a population that speaks English flawlessly. You can find manufacturing of anything from automotive parts, pharmaceutical products, and semiconductors here.

In this article, we review how you can invest in industrial real estate and warehouses in Malaysia, covering the key items.

Malaysia has some of the least protective property ownership regulations and foreigners can buy commercial real estate on a freehold basis.

While we’ve seen the introduction of minimum investment requirements in the residential market, the commercial property market is highly accessible. There are a few reasons for this.

First, the government wants to protect local home buyers from getting priced out of the market. Singapore, Korea, and Hong Kong are just a few examples where prices have turned red hot in recent years and where tax hikes had little effect.

Investments in industrial real estate help to boost economies and create jobs as these are built or acquired for a purpose. No matter if it’s in Japan or Malaysia, governments welcome foreign investments that help to drive the economies.

In Australia, for example, non-resident foreigners can only buy off-plan or new properties, which brings more jobs to the construction sector.

While there are restrictions to the ownership of agricultural land and Bumiputera-reserved properties, industrial property purchases aren’t as regulated.

The National Land Code 1965 (NLC) explains that foreigners cannot buy any land other than industrial land in West Malaysia, before getting approval from the state authority.

Yet, if you plan to buy commercial properties or houses for less than RM 200,000, developers must assure that 40% of the units are allocated for Bumiputera buyers. Different regulations apply by state and you should confirm state-specific regulations in advance.

General Tips and Requirements When Investing in Industrial Properties

Investments in industrial real estate involve large investment amounts and it’s crucial that you work with a local partner that understands the market, buying regulations, and what you should check when visiting interesting objects.

For example, it’s important that the property has sufficient access to roads, water, and electricity.

Other general and country-specific tips include:

Industrial real estate markets generally pick up quickly after economic downturns in manufacturing-driven economies. This is something we’ve seen in countries like Vietnam and Cambodia after the most turbulent months during the COVID-19 pandemic.

Due to the rapid growth in eCommerce, the demand for warehouses and related logistics services will just continue to increase in Malaysia in the coming years.

With this, local companies also mention a clear demand for bigger warehouses with modern equipment and facilities, located in accessible areas not too far away from the city centers.

The properties are often bought to be used as distribution centers, adding the need for office space that is directly attached to the warehouses.

Besides, to save on costs, increasingly more companies seek properties with a ceiling height of 35 to 40 feet to build stock vertically. Mezzanine floors are also of great use to add another layer in these facilities.

According to bespoke real estate companies like Knight Frank and Henry Butcher, the industrial real estate market has a positive outlook due to the drive in the logistics industry as well as the manufacturing of products like semiconductors and pharmaceutical products.

Malaysia is one of the most developed countries in Southeast Asia with advanced manufacturing capabilities in the pharmaceutical, agricultural, and hi-tech industries.

While much manufacturing is concentrated around Greater Kuala Lumpur, you have plenty of other interesting options. Below I’ve listed the cities that receive the most investments in industrial real estate.

Greater Kuala Lumpur comprises 11 municipalities and has a population of around 7.6 million. It’s technically the same as Klang Valley, which is a more common name used for the region.

The municipalities belonging to Greater Kuala Lumpur include:

Not surprisingly, it’s the biggest and the biggest region in terms of economic activity. Cities like Subang and Shah Alam performed surprisingly well despite the COVID-19 pandemic and saw great price increases.

Again, a trend seen in Greater Kuala Lumpur is the increased activity in the transport and storage sector. Experiencing a GDP growth of 6% to 7% annually since 2017, the manufacturing sector has seen a decrease from around 6% to 3.6%.

Having the highest eCommerce penetration in the region at 62%, urban and fringe areas will see a greater need for logistics and warehousing facilities in Greater Kuala Lumpur.

Johor is the second-most populous state in Malaysia and comparably developed by Malaysian standards.

The state capital, Johor Bahru, generally draws most attention thanks to its proximity to Singapore, rich natural resources, and being a self-sustaining state.

Located just a 1 kilometer away from Singapore, the Johor Causeway Bridge connects the two conveniently. This allows Malaysian to reside in Malaysia, enjoying lower living costs, at the same time as they can earn Singaporean incomes.

Kota Kinabalu is a famous tourist destination that acts as a gateway to Sabah and Borneo.

Referred to as KK among locals, it has a population of around 630,000 in the metropolitan area. The city serves as the main industrial and commercial center for Sabah, an important province with multiple industrial parks.

As mentioned in my article about investing in office space in Malaysia, the districts of Likas, Inanam, and Kolombong account for most of the production output.

The Kota Kinabalu Industrial Park (KKIP) is important for the city’s industrial activity.

Many people associate Penang with its laid-back culture, tasty food, and is the home of George Town – the capital city which is a UNESCO World Heritage site.

With that said, since the 1970s Penang has attracted a plethora of foreign and local companies that operate in the IT and hi-tech industries. Its economy is so important to Malaysia as a whole that it’s even called the Silicon Valley of the East.

Bloomberg has explained Penang’s economic boom as a success story and as late as 2017 it received 2/5 of all foreign investments in the country.

Most of the investments came from Switzerland, Germany, Hong Kong, the Netherlands, Ireland, and Singapore. Examples of companies that operate here include Bosch, Jabil, Intel, PwC, and Motorola.

Kuching is the state capital of Sarawak and slightly bigger than Kota Kinabalu, having almost 700,000 people in the metropolitan area. By comparison, it has more manufacturing companies and is crucial for the state’s economy.

It’s also a gateway to the famous tourism destinations in Sabah and Borneo.

Malaysia is the home of many economic corridors, including Iskandar Malaysia in Southern Johor (IRDA), East Coast Economic Region (ECER), and Sabah Development Corridor (SDC), just to give some examples.

There are more than 500 industrial estates in Malaysia and over 200 estates or parks have been developed by government agencies, including State Economic Development Corporations (SEDCs), and Regional Development Authorities (RDAs), for example.

Some of the biggest include:

In recent years, China has been an active investor and promoted the introduction of new industrial parks in Malaysia. This is a concern brought up in other countries as some believe this is so-called debt-trap diplomacy.