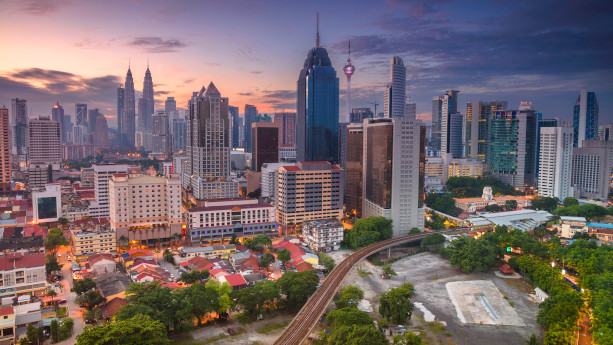 Malaysia is one of a few Southeast Asian countries that allow direct foreign ownership of real estate and where capital controls are non-existent by comparison.

The ease of doing business, visa options, developed infrastructure, along its English-speaking population has made it a top choice for overseas investors.

Not to forget, it’s considered one of the best places to buy real estate in the world. Besides, residential and commercial real estate costs a fraction in Kuala Lumpur compared to cities like Hong Kong.

The development of commercial areas and economic corridors spur the demand for office buildings in the future. With that said, before you engage in the market, you must understand how healthy it is, about ownership regulations, where to buy, and more.

Foreigners have no general issues investing in residential or commercial real estate, including land, office space, industrial property, and the list goes on.

The only limitations you should beware of are the minimum investment requirements for residential real estate and the restriction of ownership of Bumiputera-reserved land.

Having said that, the commercial real estate market is comparatively less overheated than the residential ditto, resulting in fewer hurdles with ownership restrictions.

Keep in mind that specific requirements can apply in different states. For instance, under the so-called National Land Code 1965 (NLC), foreigners cannot buy any land (other than industrial land) in West Malaysia, unless they get approval from the state authority.

The Land Code has been revised with few modifications and reissued as National Land Code (Revised 2020) (Act 828).

Individual units, on the other hand, can be owned outright by companies.

Key differences between the two property types are that strata-titles are often for properties in multi-story buildings and the land belongs to the property owners, for example, property developers in Malaysia.

Individual titles, on the other hand, are generally used for landed properties. These titles are issued when you are the only owner of the whole piece of land.

My separate article explains more about land ownership in Malaysia.

It’s predicted that Malaysia’s office market will grow by 10% until 2023 and developers will allocate 80% of the new supply to Kuala Lumpur.

However, Malaysia has struggled with an oversupply of office space even before the Covid-19 pandemic started. The economy was affected which put further pressure on the office market.

Analysts believe that the government should intervene to avoid any launches of new projects that just fill the purpose of speculation.

Not only economic key areas like Klang Valley (comprising Selangor, Cyberjaya, Wilayah Persekutuan and Putrajaya) have suffered from oversupply, but the whole nation.

Investors of office space should also pay attention to the work-from-home (WFH) schemes that will partly remain. In addition to the increased popularity of working from home, many companies also look for flexible workspace.

Kuala Lumpur and Klang Valley have seen the biggest uptake and establishments of co-working spaces, while cities like Johor Bahru, Ipoh, and Penang have seen slower development.

Commercial Clusters and Cities in Malaysia

Malaysia is a developed nation by Southeast Asian standards and banking, manufacturing, and commercial activities are concentrated in several areas.

Below I have listed the most interesting urban conglomeration and cities when investing in office space and buildings in Malaysia.

This makes Klang Valley one of the fastest-growing areas in Southeast Asia, both in terms of economic development and population.

Being rated as an alpha world city and the home of most companies in finance, insurance, real estate, and media, Kuala Lumpur is one of your most interesting options as an investor in office space and buildings.

Leasehold fees in Kuala Lumpur typically range from RM 5 – 10 (USD 1.2 – 2.4) per square foot in the city center, while rates can reach up to RM 15 (USD 3.15) in premium high-rise buildings like Petronas Towers.

Greater Kuala Lumpur is an area comprising 11 municipalities, surrounding Kuala Lumpur. Each of them are governed by local authorities:

Johor Bahru is the provincial capital of Johor, bordering Singapore in the South. With a population of 1.8 million in the metro, Johor Bahru plays an economically important role in Malaysia and the fastest-growing city, just behind Kuala Lumpur.

Thanks to economic overspill and integration with Singapore, Johor Bahru benefits from its strategic location. It’s a leading center of financial services, arts and culture, commerce and retail, hospitality, urban tourism, plastic manufacturing, electrical and electronics, and food processing in the region.

Interestingly, many Malaysians and Singaporeans live in Johor Bahru thanks to the lower living costs but work in Singapore.

Johor Bahru was also the first city in Malaysia to introduce a low-carbon economy and is famous for being comparatively developed by Malaysian standards.

Kuching is the state capital of the province of Sarawak with a population of around 690,000 in the metro. Compared to the above-mentioned cities, Kuching has more industrial activity and plays an economic vital role for the state.

The city is famous for being a food destination, catering to travelers, and being the main gateway for persons visiting Sarawak and Borneo.

Despite having less commercial activity than Greater Kuala Lumpur, Kuching should be at the top of your list if you plan to invest in Sarawak. Here, you can find domestic and international banks, companies, and manufacturing companies.

Kota Kinabalu is the state capital of Sabah and with a population of around 630,000 in the metro.

The city is the most active commercial hub and where most companies set up manufacturing operations in Sabah. The districts of Likas, Inanam, and Kolombong have much production and the Kota Kinabalu Industrial Park (KKIP) is important for the city’s industrial activity.

As the city has seen rapid development along with urbanization, the service sector becomes more important to the local economy. In comparison to Kuala Lumpur, you won’t find as much office space in Kota Kinabalu.

Over the years, we’ve seen the development of various economic corridors and special economic zones in Malaysia. The so-called Five Economic Corridors have gained much attention recently and include:

Below you can find a summary of when the projects were launched and the investment amounts.

While Malaysia has many special economic zones and cities with a long history in commerce, trading, and cultural heritage, office space is predominantly concentrated in and around Kuala Lumpur.

Klang Valley (Greater Kuala Lumpur) will account for most of the upcoming supply, a region that is the fastest-growing in Malaysia at the moment.

Cities like Kota Kinabalu, Melaka, and Kuching have a long history of trading and serve as important commercial centers in their respective provinces. Yet, little office space is located here by comparison.

Johor Bahru is also upcoming that benefits from its strategic location, being just a short drive away from Singapore. Being the first city to introduce low-carbon economy practices, Johor currently benefits from different economic projects, including Iskandar Malaysia in Southern Johor (IRDA).

The office market still struggles with oversupply, something that’s been prevailing since the pre-Covid pandemic. With increased flexible workspaces and a new scenario where people get used to working from home, the office market will undoubtedly be interesting to follow in the coming years.