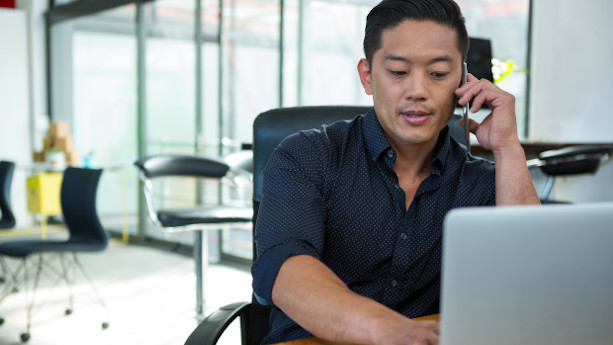 New Zealand is rated the best country to do business in the world and excels in various industries. It’s one of the biggest producers of agricultural products and exports the most dairy products to Asian markets.

Even if the food and agriculture sector accounts for around 56% of the merchandise trade exports, other industries grow. The information technology and manufacturing industries are growing at an impressive rate.

Increasingly more investors target industrial properties, a market that is less overheated and can generate better yields than the residential market.

Today, we review the following:

The residential property market, on the other hand, has seen significant price increases. As a result, the government introduced strict buying regulations for non-resident foreigners.

Investments in residential properties are sometimes driven by sole profit-seeking incentives and speculation.

The industrial real estate market, on the other hand, benefits the local workforce and drives GDP, a reason why it’s less regulated. You have no particular issues to buy any of the following property types:

With that said, there can be limitations for the construction of properties on sensitive land, for instance. This is the standard in many other countries like Australia and Japan as well.

Typically, investors should also assure that land can be developed (if not already one), that there’s access to transportation infrastructure, sewerage systems, and electricity, for example.

Using a Company to Invest in Industrial Property

A common practice is therefore to purchase properties through companies. Being ranked as the most efficient country to do business, setting up a company in New Zealand involves fewer hurdles compared to Vietnam and Thailand.

According to the World Bank, New Zealand is one of the simplest places to open a company, which speaks for itself. To buy commercial real estate, you can invest:

The most popular company structure is Limited Liability Companies (LLCs).

The companies act as separate legal entities and where the owners are shareholders of the company. The entity will hold both the mortgages and the property.

Limited Liability Companies are also referred to as Look Through Companies (LTCs) and all losses and profits will be allocated to the shareholders based on how many percent they own, shown in their personal income tax returns.

Office buildings, shopping malls, and industrial estates have all been in great demand in New Zealand, according to Colliers.

The commercial real estate market might not be as overheated as the residential ditto, but things are changing.

During the pandemic, the industrial property market was less affected.

In short, manufacturing companies were classified as essential businesses and could continue to operate and trade, while other companies faced closures.

Demand for distribution and storage increased as supply chains were disrupted.

Christchurch, for example, has seen an exceptional demand for industrial estates with healthy competition among local buyers. Some of the reasons are industrial growth, lending policies, and an overheated residential market.

Auckland, on the other hand, has seen increased demand and the industrial property sector has been the most preferred asset class during the pandemic. Constraints on industrial land in areas of Auckland become more evident.

Tenants are liable for repairs and maintenance in New Zealand. Besides, they are typically liable for rates, utilities, and insurance. You can enjoy better net returns as a landlord as the tenants have to bear these costs traditionally.

Even if the industrial property market has seen greater activity as investors move from the residential market, it’s comparatively less overheated.

This adds to the opportunities available as supply remains scarce in many cities as demand grows.

Non-resident foreigners find it difficult to acquire residential properties, according to the government, only residents and citizens can buy residential estates.

This is not the case for commercial properties, a market that is less restricted. As mentioned, you have no particular issues buying anything from hotels, industrial properties, or warehouses, for example.

New Zealand is renowned for having some of the lowest taxes in the Asia Pacific. This makes it an even more attractive destination for house buyers and commercial property investors.

The same as for many other countries, commercial properties can generate yields well up to to the 8% to 10% mark. This is often not the case for residential units, which generates half of that or less, especially in developed markets.

For more in-depth information, I recommend you talk to a local partner that understands which market and areas that perform the best.

Despite having a population of only 6.5 million people, locals and foreigners alike invest in New Zealand’s commercial real estate market. Commercial activity is primarily concentrated around the three biggest cities.

Below I’ve listed the most interesting cities when investing in industrial properties in New Zealand.

Auckland is the biggest city with a population of around 1.72 million people in the metro.

10% of its population are Indians and Chinese and the city is culturally diverse with tens of thousands of residents from countries like England, South Korea, Fiji, and the Philippines.

According to the government, around 263,000 new jobs will be needed in the coming three decades, something that will inevitably spur the demand for industrial estates.

A trend seen is that light and heavy industrial companies move operations to the outskirts and the periphery while advanced industries move to more central areas.

Advanced industries include highly specialized service jobs and industries with a high level of science such as engineering, mathematics, and technology.

Not to forget, with the increased popularity of online commerce, the demand for advanced warehousing facilities has seen a rise.

Where can I find most of the industrial activity in the city?

You will find the biggest industrial and commercial areas in the Auckland central business district and the western parts of Manukau, close to the Tamaki River estuary and the Manukau Harbor.

Wellington is the capital but home to more government buildings and service functions. With that said, the city is also home to many of the country’s industrial activities.

Manufacturing and warehousing industries have developed primarily in the Hutt Valley and where there are food-processing plants, vehicle assembly, engineering industries, and oil refineries.

The most common industries in terms of employees are:

Christchurch is the oldest and one of the biggest cities, located on the Southern Island of New Zealand. In addition to Dunedin, it’s the only major city located on the island.

With a population of around 385,000 people in the urban area, Christchurch has seen healthy population growth as it’s an attractive city among foreigners. Looking at demographics, around 78% are European and 15% Asian.

Christchurch is as many companies in IT, manufacturing, and the food industries.

The Southern Island is home to much agriculture thanks to its fertile land. Otago, for example, is famous for its stone fruits and grapevines are on the rise.

Port Nelson, on the other hand, remains the biggest fishing port in Australasia with many productions of vegetables and fruits as well.

Looking at the growth in its tech sector, Christchurch has also outperformed New Zealand as a whole. Examples of sectors include the health and medical industry, gaming, and agricultural tech.