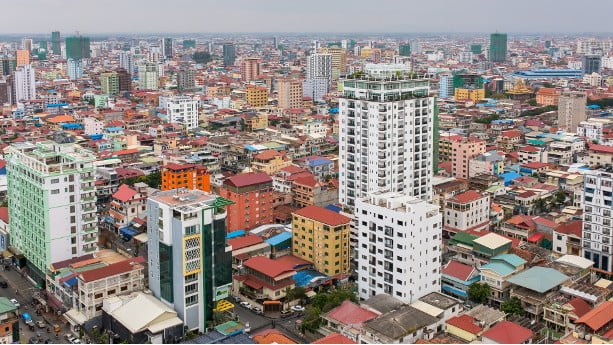 Do you plan to buy property in Cambodia?
Click here to get in touch with an experienced agent

Many foreign residential property buyers decide to go for off-plan properties when investing in Cambodia. There are also a number of foreign companies who actively work to improve the infrastructure and develop new properties.

Either way, a property developer is normally involved and many people wonder which the biggest and most reputable developers in Cambodia are. It’s not strange that people perform due diligence in this emerging market, where there’s many pitfalls to come across.

Therefore, I’ve written this article where I list some of the biggest and most well-known developers in Cambodia.

Borey Peng Huoth Group is an award winning developer, that won the Best Developer Award by the Asia Property Awards in both 2017 and 2018. Many of their residential projects were also listed under the highly commended housing development.

They also won the award for the Best Affordable Condo Development for their Star Polaris 23 project.

Most of the projects by Borey Peng Huoth property Development are residential projects, mostly large scale town-houses projects, with a limited number of condominiums as well. This is also reflected in their name, as the word borey refers to a collective residential gated community.

One of their most popular housing brand names is “The Star”.

In total, they’re currently working on 18 projects, that include residential and commercial projects, including a food street (Polaris Food Street) at Boeng Snor.

Creed Asia (Cambodia) Co., Ltd. is a subsidiary of the Japanese real estate investment group, the Creed Group. It was founded in 1996 in Japan by Toshiko Muneyoshi, but it soon expanded to nine Asian countries including Cambodia.

Creed Group currently operates in Japan, Cambodia, Lao PDR, Singapore, Myanmar, Vietnam, Bangladesh, Malaysia, and Indonesia. They have a team of around 150 people working in all these 9 countries, while their gross development value (GDV) exceeds USD 800 million.

Creed Asia established its presence in Cambodia in 2011. The goal of the subsidiary is “to offer Japan quality to emerging markets”. They’re currently working on three residential projects in Cambodia.

They offer a wide range of services other than property development that include property management, real estate investment, and asset management.

Creed Asia focus on residential projects, that are both mixes of large-scale townhouses, gated communities, and condominiums.

Triple Gem Assets Co., Ltd has mostly developed infrastructural and educational projects, that include Bridges, a rehabilitation of the railway project, and Royal University of Phnom Penh,

They have also developed one residential apartment project.

Shukaku Inc is Phnom Penh-based real estate developer in Cambodia that was founded in 2001. They’re best known for developing the Phnom Penh City Center (PPCC) which covers 111.6 hectares of land.

PPCC is the Cambodia’s first planned city project. It is a mega project that consists of financial and retail districts, along with residential, entertainment, medical, parks, education, and commercial real estate.

The founder and current president of the company is Mr. Lao Meng Khin, who is also serving as a senator. He’s also chairman of the Cambodian Chamber of Commerce, and a member of the ruling party, the Cambodian People’s Party.

They develop the entire planned city, and everything in it which include infrastructure projects, residential, commercial, educational, medical, and entertainment projects.

Their current projects include residential and commercial projects within PPCC, like Residence 90, The Edge,

They’re currently planning to build a Sports Complex in PPCC.

Established in 2003, Habitat for Humanity is a real estate developer and an organization that strives to provide affordable housing and shelter to vulnerable in society.

Mr. Bernadette Bolo-Duthy is the National Director, while they currently have around 30 other staff members.

They mostly develop or renovate houses for vulnerable and build residential communities for poor people.

They plan to provide homes to 6,000 poor families in the next 5 years.

Urbanland Asia was founded in 2013 with an intention to build high-end boutique condominium projects in Cambodia. The company is based in Phnom Penh.

Urbanland Asia was established by a renown architect, Mr. Hok Keng. They’ve completed or currently working on 4 projects, out of which two are residential projects, one is an office project, and another one currently planned is a boutique hotel.

Treeline, a boutique hotel that is expected to open in September 2018.

Star5 Developers was established in 2015, but within a couple of years, they’ve completed several residential and infrastructural projects in Cambodia. The chairman of the company is Mr. Kiran Reddy.

They have around 30 employees.

They develop mostly residential projects, both condominiums and housing projects, including villas.

I hope that you found this article and also recommend you to read my separate guide that explains how you can buy property in Cambodia as a foreigner.

Want to buy property in Cambodia?