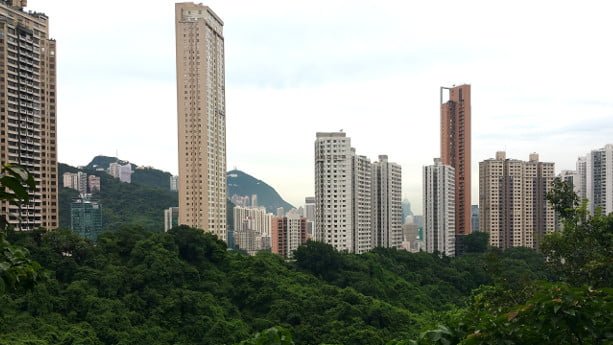 Hong Kong has one of the hottest real estate markets in the world and plenty of local and overseas property developers.

Interestingly, many of these companies have founders and CEOs that are some of the wealthiest in Asia, or even in the whole world.

Some focus on building commercial real estate, like hotels and shopping malls, while others build big apartment complexes and condominiums.

In this article, I’ve listed some of the biggest property developers in Hong Kong. You’ll learn when the companies established, who their founders are, what kind of property they build, and more.

Founded by Kwok Tak Seng in 1863, Sun Hung Kai Properties Ltd. is one of the top 5 real estate developers in the world and the largest developer in Asia. It’s also the fastest growing developer.

They’ve completed hundreds of residential and commercial projects, including many skyscrapers. One of their most prominent projects is the International Commerce Centre (ICC), the tallest building in Hong Kong with 484 meters.

Include everything from skyscrapers, condominiums, housing projects, townships, hotels, shopping malls, resorts, and government buildings. You have a wide range of options to invest in, with both residential and commercial properties.

Some of their most popular residential projects are:

SHKP also plans to develop new affordable projects under government-subsidized schemes, targeted towards young and first time buyers. The properties are referred to as Starter Homes.

Henderson Land Development Co. Ltd is owned by Lee Shau-kee, ranked as the second richest person in Hong Kong. He founded the company in 1981.

Henderson land is known for its big residential and commercial projects, including multiple skyscrapers. One example is the International Finance Center, which was once the tallest building in Hong Kong.

They were also ranked as the fourth-best property developer in 2017 by BCI Asia Top 10 Awards. In addition, they’ve won the Best Office & Business Development Award for their project, “Grade A Office Redevelopment at 18 King Wah Road” by MIPIM Asia Awards 2017.

Henderson Land Development builds all types of residential and commercial properties but mostly focus on apartment complexes and condominiums.

Henderson Land Development also plans to develop a new project requiring an initial deposit of only 5% from buyers, which is the highest loan-to-value ratio offered by any developer.

The price of an apartment at the Novum East on King’s Road ranges from HKD 5 – 8 million.

They mostly develop and manage hotels in Hong Kong and overseas, like the UK, the US, Australia, and New Zealand.

They are mostly known for their hotels worldwide but have also developed a handful of residential and commercial projects.

Great Eagle Holdings Ltd. is currently building hotels overseas, including one in Toronto (Canada). At the moment, there’s not much information available about future residential projects in Hong Kong.

Wheelock Properties is owned by Peter Woo, the seventh richest person in Hong Kong. The company is currently one of the largest property developers.

Wheelock Properties Limited is the real estate subsidiary of an even bigger company, Wheelock and Company Limited.

Wheelock Properties mostly focus on residential housing projects and family homes and has completed more than ten projects under their Family Homes series.

This makes them unique as most developers in Hong Kong focus more on high-rise condominiums and apartments. Still, you can find some apartment projects built by the company as well.

Founded in 1950, Cheung Kong is one of the oldest property developers in Hong Kong. The company currently employs more than 240,000 people and operates in more than 50 countries.

It was founded in 1954 as Nan Fung Textiles Limited but later expanded into real estate development, financial services, textiles, and shipping.

Most of their current and future projects are in both Mainland Chinese cities and Hong Kong.

They’ve built a big sports complex in Singapore, the International Finance Center in South Korea, and a luxury residential building in Macau.

The company ranked among the top 10 property developers in Hong Kong in 2017, by the BCI Asia Top Ten Awards.

Most of their residential projects are high-rise apartment buildings and condominiums, but they have a few housing projects as well.

Nan Fung Group has completed more than 40 residential projects in Hong Kong, around 8 commercial properties, a hotel, and 9 shopping malls. Some of these are listed below:

This real estate giant is currently working on more than 10 future projects, which include both residential and commercial projects.

Founded in 1998, Pacific Century Premium Developments is a relatively new developer. Over a couple of decades, it’s one managed to become one of the biggest property developers in Hong Kong.

Most of their projects are high-rise apartment projects, but they also develop and manages hotels and resorts.

PCPD plans to expand its global footprint in the coming years. For example, they plan to build a residential project in Northern London.

They develop and manage both residential projects and commercial projects like hotels, resorts, shopping malls, and departmental stores. Founded in 1970, it currently employs more than 50,000 people, which is not a modest number.

Interestingly, they are one of the biggest direct foreign investors in Mainland China.

Most of their projects are high-rise apartment buildings.

Kerry Properties Limited is a leading property developer in Hong Kong. It was founded in 1978 by Khoon Chen Kuok and is currently owned by Robert Kuok, who also owns Shangri-La Hotels & Resorts.

Maybe you’ve heard about Robert Kuok before as he’s the richest person in Malaysia and the 40th richest person in the world. His company has developed many properties in Hong Kong, Mainland China, and several other countries.

The headquarters of most of his companies, including Kerry Properties, is based in Hong Kong.

Include high-rise apartments, offices, and mixed-use properties. But they have a few housing projects in their portfolio as well.

In addition, they own Far East Organization, which is the largest property developer in Singapore. Sino Group currently employs more than 10,000 employees, mostly working in their hotels and clubs.

I hope that you found this article interesting. I also recommend you to read my separate guide that explains how foreigners can buy property in Hong Kong.