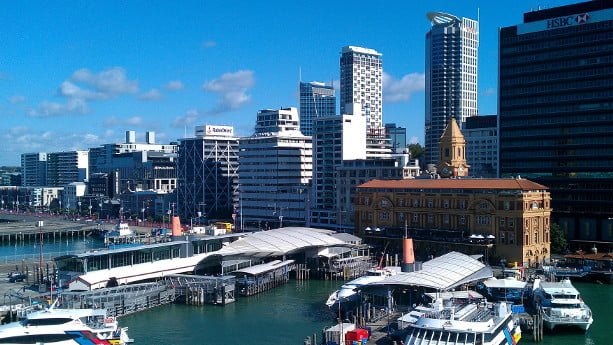 New Zealand has attracted many foreigners, especially Chinese, who wish to have a safe haven in the future. Property prices have increased much over the years, forcing the government to introduce cooling measures.

Not surprisingly, a preferred option is to buy off-plan property, giving you the opportunity to design and move into a brand new property. Therefore, I decided to write an article about some of the biggest residential property developers in New Zealand.

Conrad Properties was founded in 1994 with its head office situated in Auckland. It also has regional offices in Sydney, Singapore, and Hong Kong. They develop properties outside of New Zealand, mainly in Australia, but also in Canada, Bermuda, China, and Singapore.

a. The price of an apartment in Queens Square in Auckland City starts from USD 290.000

b. The price of an apartment in The Ivory in Auckland City is around USD 520.000

Mansons TLCM is an award-winning and well-recognized property developer in New Zealand. It won The Supreme Award in 2016 from The Property Council New Zealand Rider Levett Bucknall Property Industry Awards.

Mansons TLCM was established in the mid-’70s as a family-owned business by the Ted family. The head office of Mansons TLCM is situated in Auckland. Its core businesses include development, construction, distribution, and leasing residential and commercial properties.

Most of the properties developed by Mansons TLCM are commercial properties. They’re also mostly known for their Green and environmentally friendly buildings. They’ve built the highest number of Green Star certified properties in New Zealand.

Most of their projects are residential townhouse projects with some upcoming apartment projects as well, like 121 Grafton Road.

The West Edge – New Lynn is one of the largest housing projects in Auckland with 2000 contemporary homes.

The price of a house in the West Edge Lynn in Auckland is around USD 360,000 which is less than the current median prices in Auckland.

Their core services include property management, but they’ve also established a real estate development arm of the company in 2014, Barfoot & Thompson Projects. The company currently employs more than 2,200 people with a portfolio of 14,000 rental properties.

Most of their properties are in Auckland and Northland.

Most of their projects are apartment buildings, but they’ve also developed townhouses and projects with only land lots (McLennan Superlots).

a. The price of a two-bedroom apartment in the Nugent Rise in Auckland is around USD 820.000.

b. The price of a single bedroom apartment in the 30 Madden in Auckland is around USD 690.000.

Fletcher Building Limited is one of the biggest privately owned companies in New Zealand.

According to recent estimates, the company has a market capitalization of NZD 5 billion, which is quite impressive. It was established as a real estate arm of Fletcher Challenge Group in 2001, which was also ranked as New Zealand’s largest company before it split into many subdivisions.

The head office of the company is based in Auckland, New Zealand, but it’s an international business with Australia as its focused market.

Fletcher Building is known for the development of some of the iconic buildings in New Zealand, including the Waterview Tunnel and Auckland’s Sky Tower.

Fletcher Building Limited develops all types of commercial, residential, and government buildings. They develop residential houses in New Zealand under the brand name, Fletcher Living. According to company estimates, they build 1,000 new homes every year.

For now, they only develop houses instead of apartments, as houses are more popular in New Zealand compared to apartments.

Fletcher Building builds your house on a piece of land you own, or they develop their homes at different locations to sell individual units.

The areas and projects they currently serve are:

And much more mostly in Auckland and Canterbury.

a. Four bedroom houses in Karaka in Auckland is available for around USD 845.000

b. Three-bedroom houses in Awatea Green in Canterbury is available for around USD 360.000

c. Four-bedroom houses in Red Beach in Auckland is available for around USD 825.000

Kiwi Property is a great option if you want to invest in retail and commercial property. Founded in 1992 as a property trust, Kiwi Property now owns and manages a wide range of commercial and retail properties that worth around NZD 2.9 billion.

Almost all the properties developed and managed by Kiwi Property are commercial or retail. The properties they own include supermarkets, department stores, cinemas, etc.

In addition to the development of residential, commercial, and mixed-use properties, they also manage real estate projects.

All of the properties developed by Wills Bond and Company are large-scale, medium to high-end projects. Their projects are based in only Auckland and Wellington for now.

They’re mostly known for their mixed-use projects. Mixed-use properties allow you to invest in retail as well as residential property in the same project.

The price of the apartment in their project at 30 Madden Street, Auckland is around USD 680,000.

Arcus Developments is a New Zealand based subsidiary of an Australian based real estate developer, the Arrow International Group Limited.

The Arrow International Group was founded in 1984 in Australia as a construction business. It now owns multiple subsidiaries working in real estate in other countries including New Zealand.

The head office of Arcus Developments is based in Auckland with another office in Christchurch.

a. The price of a 4 bedroom house under the brand name Creating Communities in Auckland is available at USD one million.

b. The price of a 3 bedroom house under the brand name Creating Communities in 9 Eastview Road is available for USD 630,000.

Todd Property Group Limited is relatively a new real estate developer founded in 2009. But in the last 8 years, they have developed and managed around 17 projects that include large scale apartment projects, commercial projects, and housing projects.

Todd Property Group Limited is owned by The Todd Corporation Limited. The head office of Todd Property is based in Auckland. It was formerly known as Landco Land Developments Ltd.

The portfolio of Todd Property includes residential and commercial, mainly retail projects. Their residential projects include both apartment buildings and housing projects.

The Neil Group is also ranked among the leading New Zealand based developers.r Founded in 1953 with its head office situated in Auckland, it is one of the oldest real estate developers in the country.

It was formerly known as Neil Holdings Limited, but in 2004, it changed the name to The Neil Group. Phil Ainsworth is the current CEO of the company.

The Neil Group develops all types of properties that include residential, commercial, and industrial.

Their residential projects include both apartment and housing projects.