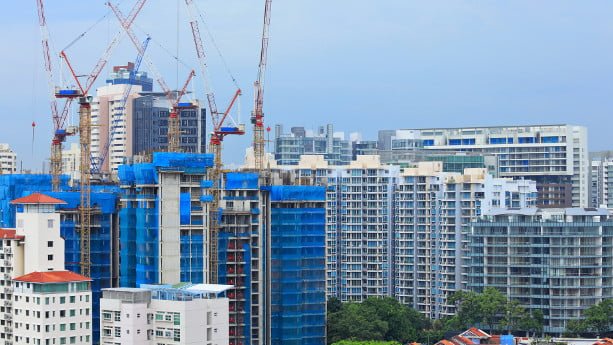 Singapore is home to dozens of developers and some truly stand out as they employ people in the thousands and operate both in the residential and commercial real estate market, locally and overseas.

This small nation is infamous for having one of the most expensive property markets in the world, finding a credible developer is not a big issue compared to its neighboring countries.

As foreigners can generally not buy landed houses and public apartments in Singapore, most are left with the option to buy a condo or private apartment, often off-plan.

In this article, I’ve listed some of the biggest and most popular real estate developers that build condos in Singapore.

According to some estimates, it’s managed to complete more than 750 real estate projects in Singapore alone. Making the calculation, it means that one in six families in Singapore lives in a house/apartment developed by Far East Organization.

The company is run by Robert and Philip Ng, ranked as two of the richest persons in Singapore. Besides, the group owns the Sino Group, which is one of the largest property developers in Hong Kong.

The company also has many projects and subsidiaries in various countries overseas. Some of the group’s most well-known subsidiaries include Yeo Hiap Seng Limited and Far East Orchard.

You’ll be able to find many residential properties like terraced houses, apartments, condominiums, townhouses, semi-detached houses, and cluster housing built by the company.

The company is renowned for building houses of high quality at premium costs. Units rarely fetch below USD 1 million.

El Development Pte Ltd was founded as early as 2005. Within just a decade, it’s become one of the leading property developers in Singapore.

It’s a subsidiary of a larger company, Evan Lim Group, an established and reputable building contracting firm in Singapore. The company has earned good rankings in different property award ceremonies.

City Developments is the second-largest property developer in Singapore after the Far East Organization.

It’s a subsidiary of Hong Leong Group, a large conglomerate that operates in various industries.

It’s also an international property developer with projects in more than 25 countries, mostly in Southeast Asia. You can also find their projects in the US, Australia, and the UK.

Not surprisingly, the company has won many property awards over the years.

Interestingly, the company is the only company in Singapore being listed on Bloomberg’s Global Gender-Equality Index two years in a row.

The company mainly builds residential projects, but also hotels, shopping malls, office buildings, integrated developments, and other commercial projects. The price of a condo is rarely below USD 1 million, thus, City Developments is not for buyers with a restrained budget.

Frasers Property is one of the oldest and biggest property developers in Singapore and was founded in 1963. It’s a property arm of TCC Assets Limited along with other subsidiaries, like Frasers Property Australia.

They don’t only operate in Singapore, but also internationally. Overseas projects include countries like Australia, China, Vietnam, United Kingdom, Thailand, Malaysia, and others.

In total, Frasers has completed property projects in more than 80 cities all around the world. They have an impressive workforce of more than 4,500 employees.

The company has a diverse portfolio and you can find all kinds of projects including residential property, industrial buildings, commercial property, hotels, resorts, and shopping malls.

It’s a relatively new company founded in 2010, but already well-known for its high-end private and executive condominiums. They’ve won different awards for being one of the best developers in Singapore.

They are mostly known for their high-rise luxury condominium projects.

Qingjian Realty is a relatively new property developer that was founded in 2008. Still, it’s ranked as one of the top developers in Singapore. The company belongs to an even larger conglomerate, Qingjian Group Co., Ltd, and focuses on property development primarily in the residential, commercial, and industrial sectors.

In addition to many commercial and residential high-rise projects, Qingjian Group is known for the development of Liuting International Airport and the Olympic Sailing Center.

Almost all of their projects are high-rise condominiums or apartment buildings.

GuocoLand was founded in 1976 and has evolved into a leading real estate developer, not only in Singapore but in Asia. It’s one of the subsidiaries of GuocoLand Assets Pte. Ltd. and the current CEO is Raymond Choong Yee How, which has a long experience in the real estate industry.

In addition to Singapore, the developer operates in numerous countries, including Singapore, they develop and manage properties in China, Vietnam, and Malaysia.

GuocoLand made headlines when they paid a record price per square meter for a site used for office developments.

In total, they’ve completed around 30 residential projects in Singapore so far.

Bukit Sembawang Estates Limited is the oldest major property developer in Singapore, founded in 1911. The company has a different approach to many of its competitors as it mainly builds luxury housing projects consisting of apartments and terraced houses.

The units come with a high price tag, especially since Bukit Sembawang often acquires freehold properties. Condo units can fetch USD 2 million, double that and you get the price for a terraced house.

It’s won numerous awards and was ranked as one of the 10 best developers in Singapore by the BCI Asia Property Awards.

Even if most of the developers in Singapore focus more on high-rise apartment and condominium projects, you can find both terraced houses and apartment projects by Bukit Sembawang.

Even if it’s difficult to buy a landed house in Singapore, you still have options to invest in property other than apartments and condominiums.

CapitaLand is one of the largest property developers in the whole of Asia. It was established in 2000 as a result of a merger of Pidemco Land and DBS Land.

The headquarter of the company is based in Singapore, but they develop residential, commercial, and retail projects all over Asia and in other parts of the world.

Even if most of their residential projects are outside of Singapore (mostly in China), you can also find some projects in Singapore as well.

CapitaLand plans to build new shopping malls in Singapore and China as well, but there’s not much information available about any upcoming residential projects.

Founded by the large port operator PSA in 2000, Mapletree has grown significantly since its inception and has become a leading property developer.

Mapletree is well-known for building and promoting projects in emerging markets, like Vietnam, where it fights head-to-head with other Singaporean firms such as CapitaLand.

It manages four Real Estate Investment Trusts that are all listed on the Singapore Exchange:

As of 2019, Mapletree managed SGD 55.7 billion (USD 40.36 billion) of retail, office, industrial, logistics, residential, and lodging properties, which speaks for itself. With over 3,400 employees and 240 awards and accolades received, leaving Mapletree out of this list would be a no-brainer.

I hope you found this article helpful and interesting. I also recommend you to read my separate guide that explains how you can buy property as a foreigner in Singapore.

Can foreigners buy condos in Singapore?

Yes, foreigners are allowed to buy condos in Singapore, it doesn’t matter if the condo is freehold or leasehold. Having said that, foreigners cannot buy HDB apartments (public housing).

How much is a house in Singapore?