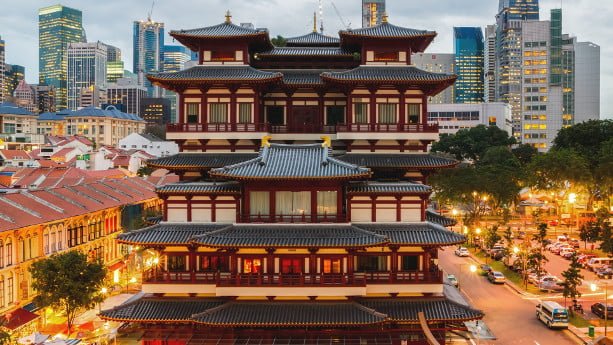 Singapore’s real estate market has been one of the hottest topics in newspapers throughout 2020 and this will most likely continue throughout 2021.

Even if the economy has been affected badly due to the COVID-19 pandemic, the property market has performed surprisingly well with prices reaching new heights.

In this article, I share our predictions for Singapore’s property market in 2021. First, I will recap how the market behaved in previous years for you to better understand the current market climate.

Singapore’s property market was in a downward trend since 2013 and finally began to show signs of recovery in the second quarter of 2017.

During the first and second quarters of 2017, property prices and rents were still declining while the demand and prices for land started to increase.

Still, the vacancy rates reached new record levels in 2017, contributing to a further drop in rents.

If we compare 2018 with 2017, we can see that the real estate market gradually recovered. The transaction volumes rose, with a higher demand for newly launched projects.

Volume transactions took up in 2017 and the number of sold units reached similar levels as of 2013. This resulted in the steep price increases we saw in 2018.

The Urban Redevelopment Authority (URA) reported the following transaction volumes from 2015 to 2017 with new units sold:

Worth mentioning is that the number of units sold during the first nine months in 2020 was higher compared to 2019, which is impressive.

The big increase in 2017 was linked with the improvement in the overall economy as Singapore’s GDP growth improved. At the same time, the unemployment rate decreased.

Still, the market remained in a recovery mode in 2017, with high vacancy rates that kept buyers cautious.

Singapore’s Property Market in 2018 – What happened?

Housing prices started to rise significantly in the first months of 2018.

Due to the scarcity of available land, developers started to bid fiercely, trying to acquire more land. With higher land prices, developers will, not surprisingly, raise the prices of new units, getting closer to the break-even point.

The 2018 price rises are also backed by higher demand and better economic growth, which is explained in the below two links:

The Increased Additional Buyer’s Stamp Duty as of 2018

Many developers were skeptical after the government outlined new tax and policy changes in July 2018.

The high price increases from Q1 to Q2 in 2018 (reaching over 3%) outperformed the government’s and analysts’ expectations, threatening a smooth recovery of the market.

In an attempt to cool down the market, the government announced several curbs in July 2018:

Developers pay 25% more in the tax on the land costs (increased from 15%) if they buy land for redevelopment. This is a popular option as vacant land is scarce

The 5% increase of the ABSD rate applies to citizens and permanent residents when buying a second home, which will now be 15%.

Non-permanent residents and citizens on the other hand need to pay a hefty ABSD rate of 20%, for both first and second homes.

How will Singapore’s property market perform in 2021? 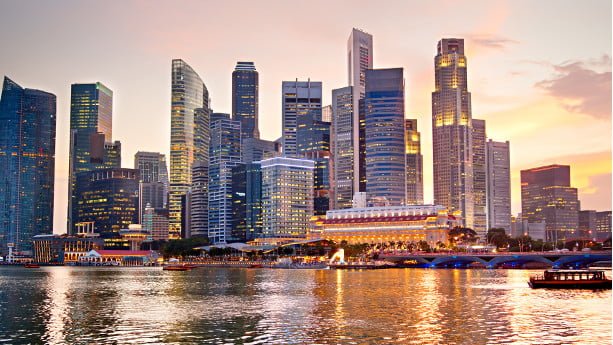 To make any statements about the market in 2021, we need to check historical data. If we look at data from previous years, we can see that the market is experiencing strong ups and downs.

The market peaked in 2013 and went into a negative phase for almost four years, but started recovering first in 2017. Later, it became one of the hottest markets during the first half of 2018.

Despite going through the COVID-19 pandemic, prices have still risen which has surprised many analysts. In 2020, we saw a great increase of investors from China and Korea, where investments from the latter grew by 71%.

Singapore remains one of the most sought after destinations to invest in real estate, especially during turbulent times, thanks to its

Singapore, again, topped PwC’s list of the cities with the best investment prospects in its annual report “Emerging Trends in Asia Real Estate”.

The report comprises the results from personal interviews done by the Urban Land Institute (ULI) and PwC of 134 individuals and survey responses from 391 individuals.

Singapore’s Market Has Been Surprisingly Resilient

The market has remained resilient and prices in the third quarter of 2020 were at the highest level since 2013. That’s surprisingly good in a nation where the GDP dropped by 7% during the same quarter.

I’m not saying that Singapore doesn’t struggle, because it does. As mentioned, the BNP contracted by 7% during the third quarter of 2020 and the unemployment rate is predicted to increase to around 3.5% to 4% by the end of 2020.

However, many are also bullish on the Singaporean real estate market, as explained in PwC’s yearly report. This can drive investment incentives even further and we might see sell-offs at the beginning of 2021.

Not only the residential real estate sector might see an increasing number of distressed units, but also the hotel sector. Some analysts claim that we might see fire sales as house-owners won’t be able to repay their mortgages and in the light of job losses.

However, the Singaporean government is well-known for protecting locals and the market and would most likely introduce new lending policies and protections for unemployed citizens.

Again, this is something that only time can tell.

The rental market will remain one of the strongest in Asia according to analysts, only behind Ho Chi Minh City in terms of annual rental growth.

The predictions shared by PwC and by country is as follows:

This falls in line with the analysis and interviews done by PwC which shows that Singapore is the city with the best real estate investment prospects in 2021.

Will investors move from Hong Kong to the Singaporean market?

Hong Kong experienced issues with protests in 2019 and was long in the headlines of most newspapers.

The city saw economic disturbances due to the protests, which were almost directly followed by the COVID-19 outbreak in early 2020.

This has resulted in a shift where investors and funds look for more stable alternatives in the region and where Singapore is predicted to benefit much.

The historical investment prospect ranking included which is shown in PwC’s report also explains this:

Singapore’s real estate market is predicted to remain resilient throughout 2021 and with price increases of around 2%.

It was at the top of PwC’s list of the cities with the best investment prospects in its annual report “Emerging Trends in Asia Real Estate”.

This was the second year in a row that Singapore snapped this spot and surveyed investors and professionals who believe that the nation will see some of the region’s highest rental increases.