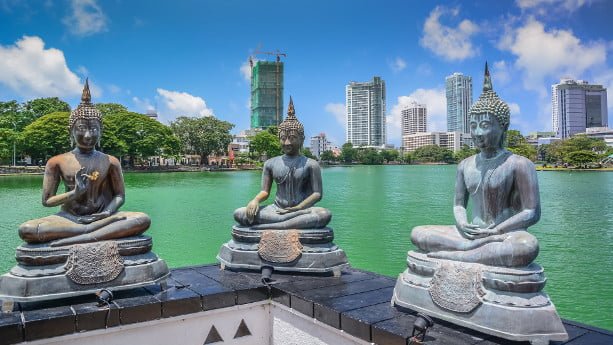 Sri Lanka’s property market has grown much the past years, so much, that government officials are afraid that we will see a new bubble burst in 2020-2022.

Everything from condo buildings to commercial properties are being built, and there are a number of local developers operating in the country. But you rarely find summarized information about the top developers.

In this article, you’ll learn more about some of the top residential property developers in Sri Lanka, who their founders are, what properties they build, what projects they manage, and more. Let’s have a look.

The founder and the chairman of the company is Mr. Sivarajah Thumilan. He’s a graduate from the UK, with degrees in ACCA, CPA, and FMAAT from universities in UK, Australia, and Sri Lanka.

In addition to their businesses and real estate projects in Sri Lanka, they also have a presence in East Asia, the Middle East, Europe, and other countries in Asia Pacific. The head office of the company is based in Dehiwala, Sri Lanka, and they have offices in the UK, Dubai, Australia, and Canada.

Some of the on-going projects are listed below.

a. A 10-floor condominium project at No. 35 Ramakrishna Road, Colombo 6

b. A 7-floor condominium project at No. 37/3, Beach Road, Mount Lavinia

Maga Engineering is a well-known real estate developer in Sri Lanka and was founded in 1984. In addition to their residential and commercial projects, they’re known for their mega government infrastructure constructions that include thousands of miles of roads, bridges, government buildings, hospitals, and water supply schemes.

The head office of the company is based in Colombo and the founder and chairman is M.G. Kularatne. He served in the Sri Lankan Army and other multinational organizations before establishing his own company.

Maga Engineering currently employs more than 10,000 people, making it one of the biggest real estate developers in Sri Lanka. They’ve completed around 425 real estate and other construction projects so far.

Maga Engineering develops all types of real estate projects that include residential, commercial, and hospitality projects. They’ve developed several high-end resorts and hotels in different cities, like Colombo and Galle.

Their on-going projects include:

Walkers CML Properties (Pvt) Ltd is a leading real estate developer based in Colombo. They’re best known for their mid-rise residential apartment buildings. Walkers CML was founded as an engineering firm in 1854 by a Britisher, John Walker, who worked as an engineer in Sri Lanka during the colonial rule. This makes it one of the oldest real estate and engineering firms in the country.

They’re mostly known for their infrastructural and engineering projects but have recently started developing residential real estate projects as well. In 2015, they acquired Wincon Development Ceylon (Pvt) Ltd to enter into the real estate industry.

Since then, they’ve completed six residential projects, all apartment buildings. The management of the company consists of both Sri Lankans and expats, with Jehan Prasanna Amaratunga serving as deputy chairman, and Mr. Keith George Cowling, a civil engineer graduate from Scotland, as Director.

The founder and the chairman of the company is Nalin Herath, who established the company in 2003 with three other partners. The head office of the company is based in Battaramulla. They also have branch offices in Colombo, Galle, Kandy, Negombo, and Kurunegala.

Home Lands Holdings own several subsidiaries working in the real estate sector, including:

They’ve recently won an Award for the Best Housing Development in Sri Lanka for Ariyana Resort Apartment in 2018 at the PropertyGuru Asia Property Awards.

South City Project is known for its high-rise and landmark developments in Kolkata and other Indian cities. They’re known for their high-rise residential buildings that contribute to city’s skyline. They’ve so far completed more than 100 residential projects in India and other countries.

Altair Sri Lanka, which is 240 meters tall, is going to be one of the tallest residential buildings in Colombo. The project is designed by architect Moshe Safdie, who is also known for his landmark developments like Marina Bay Sands, Singapore.

Pardeep Moras is the director of the Indocean Developers, who also recently won an Award for the Real Estate Personality of the Year at PropertyGuru Asia Property Awards (Sri Lanka).

They’re currently working on one project, which is Altair Sri Lanka.

Here is the list of some of their current projects.

In addition to their on-going projects, they’re also planning to build multiple resorts in the near future that include:

In addition, they own five more companies as well as working in education, margin trading, automobiles, and investment advisory industries.

The company started in 1991 as a stock-broking firm but later developed into one of the leading real estate developers in the country.

Other notable awards include the Best Condominium Development Award and more, at the Asia Property Awards 2017.

Prime Group is a leading real estate developer, based in Colombo, that owns several subsidiaries in the real estate sector, including Prime Land (Pvt) Ltd, founded 20 years ago.

The company started with only four employees, but within two decades, they’ve one of the most well-known names in Sri Lanka’s real estate industry with 80,000 customers. They have a presence in 18 out of 25 districts in the country.

Mrs. Sandamini Perera is the co-founder and deputy chairperson of Prime Group, who also won ‘Woman Super Achiever of the Year Under Real Estate Sector Award in 2018’ by Business Leader of the Year Annual Awards.

The company recently won an Award for ‘the Best Developer Sri Lanka’ at the 2018 PropertyGuru Asia Property Awards. Prime Group was also ranked among the 25 Great Places to Work for the fourth consecutive year in 2018.

Prime Group is also included in Asia’s 100 Greatest Brands according to Asia One Magazine.

In total, they have completed 19 apartment projects so far.

The Abans Group is one of the leading conglomerates in Sri Lanka with more than six thousand employees. It has multiple subsidiaries working in lifestyle, electronics, and consumer products. In total, the Abans Groups owns 440 companies, one of which is Colombo City Centre Partners (Pvt) Ltd.

The project consists of the two, three, four, and five-bedroom apartments. Colombo City Center Partners (Pvt) Ltd was formed by two international developers, Next Story Group from Singapore and the Abans Group from Sri Lanka.