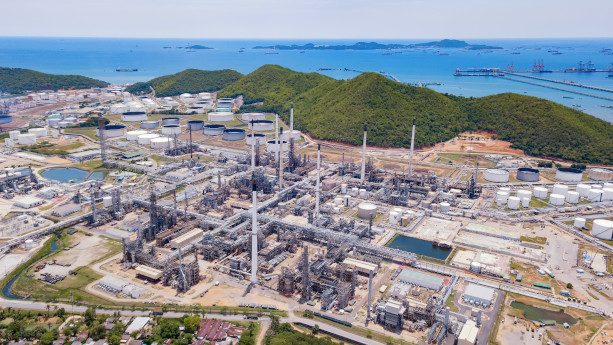 Thailand and particularly the areas around Bangkok serve as some of Southeast Asia’s most important manufacturing hubs.

Foreign companies, many from Japan, have operated here for decades and helped Thailand to develop advanced supply chains and manufacturing capabilities by Southeast Asian standards.

This brings a demand for industrial real estate among foreign companies. However, due to complex ownership regulations and common pitfalls, navigating Thailand’s industrial property market is not the easiest task on hand.

In this article, I go into greater detail and explain how it works when investing in industrial real estate as a foreigner in Thailand.

Foreign individuals can own 49% of condominium units in branded projects, but generally not commercial property such as industrial real estate.

This is a win-win partnership as the foreign investor provides capital and promises to develop certain land areas (for instance) and the local partner provides expertise and fulfills the requirements of being a local company.

With that said, the Industrial Estate Authority of Thailand Act (IEAT) does allow foreign companies to acquire industrial land without the need for local partners.

Companies who manage industrial activities, and operators of trading for export, can be allowed to own land in an industrial estate or an export industrial zone, according to the IEAT.

To do so, you must get approval from the Board of Investment (BOI) first.

The BOI grants such ownership for specific projects and special privileges are given to foreign-owned companies to own land for both business activities, but also residential purposes for management and employees.

As this article covers industrial real estate, I also want to highlight that foreign oil companies can own land as long as they meet the requirements listed in the Petroleum Act.

As explained in my general article about investing in commercial real estate in Thailand, the industrial property market has performed well in previous years.

Thailand attracts everything from automotive manufacturers and related suppliers, companies in food production, oil companies, and more. In recent years, the number of Chinese investors has spiked.

For instance, the number of Chinese investors increased by almost 32% in 2018 alone, according to the world’s biggest commercial real estate agent, CBRE. However, China is still dwarfed by Japan and invested less than 6% by comparison.

The ongoing trade war between the US and China, in addition to the supply chain disruptions seen during the pandemic, entail that international companies will diversify production from China to countries like Vietnam.

Besides Vietnam, Thailand is predicted to benefit from such a change as it has developed supply chains and comparably advanced manufacturing capabilities.

If you buy pet food or candy in Asia, it will most likely be produced in Thailand. The country is also a large producer of agri-products like rice, spirits, and canned food. Major automotive companies like Toyota and DENSO have assembly operations here.

In a private conversation I had with the VP of Purchasing and Logistics at Volvo Group, Thailand was seen as a preferred choice, thanks to advanced assembly operations.

Entering a newly developing market is indeed not an easy task on hand, a reason why near-sourcing and back shoring become increasingly common.

Southeast Asia will undoubtedly benefit as companies move production to these countries. And if Thailand would claim just a tiny bit of China’s manufacturing industry, it would have a big impact on the country and its economy.

The Future of eCommerce in Thailand

A trend seen in most Asian countries is the growth of eCommerce, which drives the demand for modern logistics facilities in suburban and urban areas. Thailand is no exception and the growth accelerated during the pandemic.

The market increased by as much as 43% in 2020 and Lazada and Shopee remain as two of the most popular options.

With only 3% of the Thai population shopping online, the market has great room for growth as more people move online and urbanize. There are areas in Thailand where we see a higher concentration of fulfillment operations, I will touch upon this later in the article.

Eastern Economic Corridor (EEC) will be a crucial part of the Thailand 4.0 scheme, which was launched by the government with plans of achieving high-income status by 2036.

It’s a 20-year strategy that will focus on economic development in three provinces – Chachoengsao, Chonburi, and Rayong.

The project will primarily focus on 12 areas, including robotics and automation, logistics, aviation, biochemicals, digital, and biofuel, for example.

The project is anticipated to attract Thai citizens and foreign investors to the Eastern parts of Thailand, which are less developed.

15 investment projects will accumulate most of the investments:

I’m not certain if Thailand will reach high-income status by 2036, but it’s an interesting project for sure that you should be aware of as an investor.

Thailand is the home of many industrial areas and fulfillment hubs that are concentrated in the center of the country and around Bangkok. The areas are divided into three zones, namely zone 1, 2, and 3.

The northern, southern, and eastern parts have less industrial activity, by comparison, a reason why the EEC was launched, for example. Below, I have listed some of the most interesting areas for investors who look for industrial real estate.

Bangkok is the biggest city in Thailand and crucial for the country’s economy. It’s the most visited city in the world and accounts for around 30% of the total national GDP, and around 50% of the complete service sector.

Greater Bangkok has the biggest automotive production industry in Southeast Asia and brands such as DENSO, Toyota, Scania, General Motors, Mitsubishi Motors, Suzuki Motors, and BMW all have operations here.

The city is also the home of many warehouses and advanced logistics centers to cater to the growing eCommerce market and regional distribution.

While there are a few industrial parks and estates outside of Bangkok, the most popular distribution locations are in the East and following the Bangna Trad Highway.

North of Bangkok should also be of interest and in Bang Bua Tong and Wang Noi districts.

You won’t find as many industrial properties inside of Bangkok due to government regulations and increasing leasehold and purchasing prices.

Industrial estates and parks close to Bangkok include:

Chonburi, Rayong, and Chachoengsao make up the Eastern Seaboard and most of Thailand’s petrochemical industries and car manufacturing industries are located here.

Eastern Seaboard is also referred to as Eastern Economic Corridor (EEC) mentioned above that was announced in 2016. The EEC plays an important role in the Thai economy and will serve as the hub for advanced manufacturing, including automotive components.

Thailand’s biggest seaports are located in this region:

Samutprakarn is located Southeast of Bangkok and is the home of many fulfillment centers and logistics facilities. Nissan also has a factory here with around 4,000 workers.

Suvarnabhumi Airport is located in Samutprakarn and the province is close to key highways. Thanks to its optimal location, the province has grown to become one of the most important for the Thai industry.

There are many large-scale logistics facilities and factories for rent and sale in Samutprakarn. If you want to be close to the airport, important transportation infrastructure, and Bangkok, then this province should be of interest.

Located North of Bangkok, these two areas have much electronics production. Examples of industrial estates here include:

Thailand also has a goal to make Pathum Thani into a leading hub for the production of fresh food such as vegetables in ASEAN.

Thailand’s Importance as a Manufacturing Location

Thailand is a preferred choice for foreign multinationals in light- and heavy industry, including petrochemical companies, car producers, and suppliers that set up assembly operations around Bangkok.

If you were to dismantle a car into a dozen pieces, importing them into Thailand, and later assembling them back together again, you can avoid large import taxes and duties.

This was one of the reasons why the Chinese car brand Geely acquired 49.9% of the stakes in the Malaysian car brand Proton some years back.

Other brands such as BMW, Ford, Toyota, and Volvo entered the market long ago and have developed mature supply chains and business relationships in the region.

This is relatable to the tourism industry as Thailand receives by far the most travelers in Asia.

Even if tourism grows in Cambodia and Vietnam, they are outperformed by Thailand and it will take time for the two to become the first choice among holiday spenders.

One issue is how travelers from Europe, the US, and East Asia perceive the countries and associate them with previous misfortunes, crime, or poverty, which often do not exist.

Many companies are reluctant to move operations from countries with developed supply chains and production capabilities, like China and Thailand, due to the work and costs involved.

Over the past decades, Thailand has managed to become a leading producer of everything from spare parts, machinery, textiles, and commodities. It serves as a gateway to ASEAN and why many assembly operations are allocated here.

Much food production in Asia is also allocated here, including canned food, beverages, candy, and pet food. If you buy Oreo cookies from Mondelez, cat food from Whiskas, or gummy bears from Haribo, I’m pretty sure they are produced in either Thailand, Malaysia, or Indonesia.

The lack of infrastructure, trust, and competence in new host countries also plays a vital role in the decisions to relocate production. Many companies believe that it’s not worth making slight cost savings, considering short-term product quality and operational efficiency.

Besides, with the exponential growth in artificial intelligence (AI) and the Internet of Things (IoT) that are the cornerstones of Industry 4.0, we will most likely see a trend with more nearshoring and back shoring.

That’s it for this article. I hope that you found it interesting and that you realize the benefits of investing in industrial property in Thailand.

If you are merely interested in profiting from Thailand’s commercial real estate market, investing in Real Estate Investment Trusts (REITs) can also be an option.