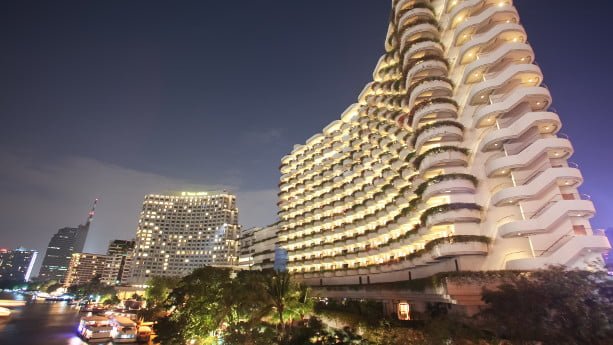 Buying property overseas is one of the biggest undertakings many foreigners make. Before you buy assets in a developing market, you must do thorough research and understand what you can expect from the market in the coming years.

While Thailand is one of the most popular options for overseas property buyers, the market has been impacted badly by the COVID-19 pandemic.

In this article, I explain our predictions for Thailand’s property market in 2022.

Thailand’s property market was in a slow but consistent upward trend for over a decade until 2020. The main reason is the increasing number of foreigners that visit or decide to live in Thailand, might they be workers or retirees.

To give you a number, around 88,000 foreigners applied for work permits in Q2 2018 in Bangkok alone and the number continued to rise.

A better economic outlook, higher take-up rates, and occupancy rates resulted in this upward trend. With that said, the market performance also differs much between cities.

For example, Bangkok and Chiang Mai have experienced higher growths, while places like Cha Am, Hua Hin, Khao Yai, and Pranburi experienced a slower growth, or even stagnated.

In 2018 and 2019, the economy tumbled and we have seen a more volatile political climate. Added supply and tighter lending policies have cooled down the market.

At the same time, take-up rates have decreased to a mere 55% on average, while asking prices decreased 6% compared to 2017, according to Knight Frank.

How was Thailand’s property market affected by the COVID-19 pandemic?

Thailand relies heavily on tourism, particularly in coastal cities and islands such as Pattaya, Phuket, and Koh Samui.

Not surprisingly, these markets, along with Bangkok, were affected badly during the pandemic.

For example, the new supply was reduced by more than 73% in Q2 2020. The leading developer AP Thailand saw a 40% reduction in profits during the first quarter of 2020.

As investors from mainland China and Hong Kong are left stranded back home, the demand continues to be lukewarm.

Potential upswing according to analysts

Some analysts believe that the market will be promising once the pandemic is over as:

Many local developers decided to postpone the launch of new projects to finish existing stocks, according to CBRE. As a result, locals and foreigners who either stay in Thailand or buy units ‘virtually’ have been able to acquire units well below market price.

Having said that, Pattaya has faced issues with an oversupply of property in 2019 and the market has been slow. One thing is certain: Foreigners and expats have a big impact on Thailand’s property market.

Some cities, like Pattaya and Phuket, are more vulnerable to the economic climate in countries like China and Russia, compared to Hua Hin and Bangkok, which attract wealthy Thai investors.

Prior to 2020, the demand shrunk in Bangkok for a couple of years. But we’ve also seen an increased supply of condominiums.

Below you can find data, giving you a better understanding of Bangkok’s property market in the past years:

Even with a sharp increase in residential units, including condominiums and serviced apartments, prices are rising due to the high demand, at least in Bangkok.

According to a report covering the condominium market in Bangkok by Knight Frank, the asking prices have declined a little in the CBD and neighboring areas, while prices have increased sharply in suburban areas.

Looking at the market performance at the start of 2019, we saw surprisingly low sales volumes for condos due to tightened lending policies, a strong Thai Baht, and a weak economy.

Not surprisingly, 2020 was one of the worst years for the market.

Knight Frank informed it might take until Q3 2021 for the Thai market to recover. Developers cleared existing stock with discounts as high as 20% to 30%.

These units have been sold to locals or foreigners residing in Thailand. Occasionally, investors with some risk appetite have been able to secure units from overseas as well.

Expect a scenario where more developers will postpone new inventory for at least one or a couple of years.

Despite having problems with smog and being one of the most polluted cities in Asia from time to time, Chiang Mai has risen and become increasingly popular among property buyers.

Having said that, it’s significantly smaller than the capital and mainly a hub for digital nomads, retirees, tourism, and some manufacturing operations. You’ll find cheaper property here, but not as high yields.

According to Juwai, Bangkok and Chiang Mai are the most popular destinations for Chinese retirees.

How will Thailand’s property market perform in 2022?

Will the special tourist visa help to revive the Phuket market?

Thailand’s government has set up plans to launch a new special tourist visa to increase tourism and investments.

Tourists from places like China have already arrived to break isolation and enjoy the beaches.

Travel bubbles will, from my point of view, be the most effective option to let countries gradually open and that have similar levels of COVID-19 cases.

Phuket has been hit particularly hard as it relies on foreigners and tourism. Hopefully, the the new visa will be introduced to improve the situation.

Thailand continues to be a popular investment destination among foreigners

Thai-property is still affordable compared to other countries in the region like Mainland China, Singapore, and Hong Kong. Buyers from these countries still see Thailand, and especially Bangkok, as attractive spots to buy property

There are many new mega-projects planned that will affect Thailand, especially Bangkok, positively.

There are hundreds of new condominium and apartment projects under construction in major cities, with many located in Bangkok.

You can find most of these projects along the new BTS lines that are currently under construction, and expected to be completed soon.

As mentioned, Thailand plans to build several mega projects to uplift its infrastructure. This is well-known among international developers that flood the market to build condominium units close to the new infrastructure.

These areas offer great potential for price increases in the future. There’s a high demand for serviced-apartments, with around 60% of these apartments located in the Upper and Lower areas of Sukhumvit.

Vietnam, on the other hand, has a population that will increase from around 95 million to 120 million by 2040, and 50% of the population is below 30 years old. We see a similar trend in the Philippines.

So far, the demographic issues have been negated due to the increased number of foreign investors. One thing is certain: expats and other foreigners have helped to keep the market above the surface.

Thailand’s property market has been weak in 2019, 2020, and will continue on this path in 2021. The government has introduced tightened lending policies as of 2019, which affected the real estate market almost instantly.

The market fell by double digits over several months. At the same time, developers struggle with much excess inventory. This might turn Bangkok into a buyer’s market as the companies have started to reduce prices excessively.

As mentioned, the strong Thai Baht is also affecting the property market negatively as foreign retirees and investors find cheaper property in other neighboring countries.

That said, keep in mind that the market performs differently depending on property types and locations. The luxury segment with properties located in the central areas continues to attract a vast number of foreigners.

Low and medium-priced properties in the suburban areas, which are mainly built to cater to Thai buyers, have seen a greater oversupply.

2 Responses to “Thailand Property Market Outlook in 2022: An Overview”