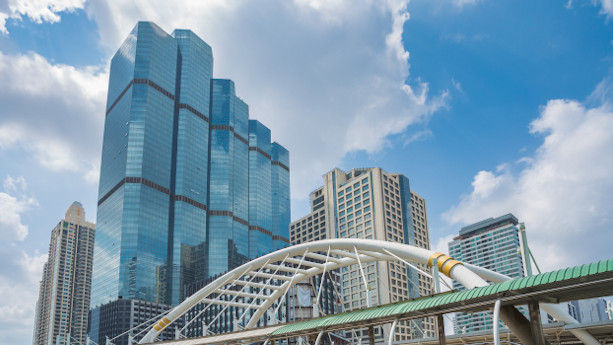 Thailand is one of the most visited countries in the world that relies much on foreign investors. The country was affected badly, to say the least as COVID-19 spread over the world and reduced investments to a minimum.

It’s not easy to discuss future outcomes or current prices when the market is turbulent and behave abnormally. With that said, we have collected data and information to understand how the Thai real estate market has been affected, reviewing real estate prices in different cities and islands.

In this article, we analyze the top investment destinations among foreigners, including Bangkok, Phuket, Koh Samui, and Pattaya. If you have any questions or valuable information you would like to share, feel free to write a comment below.

Bangkok’s real estate market has been hit hard due to the COVID-19 pandemic and new supply was down more than 73% in Q2 2020 compared to the previous year.

Saying that both the tourism industry industries have been heavily disrupted would be an understatement. The demand and supply have decreased tremendously and around 100,000 units were unsold in May 2020, according to Knight Frank Thailand.

One of the developers, AP Thailand, which is behind the renowned Aspire Condo brand also saw a reduction of more than 40% in net profits during the first quarter of 2020. At the same time, revenues decreased by 31%.

The Real Estate Information Center has tracked the price changes in Bangkok since 2012 and has seen the following price changes until Q2 2020.

The average price for townhouses was almost the same as for condos until Q1 2015. From 2016, we saw the following price changes.

The prices have been affected significantly more than for condominiums, despite seeing a small change. As you can see, the average price was almost the same in Q4 2018 as in Q2 2020.

Despite seeing a drop and reduced interest overall, wealthy foreign investors, particularly from Hong Kong, have started to target the Thai market. Names including Ritz-Carlton, Hyde Heritage, and Aman Group are just examples of luxury brands that wealthy investors are interested in.

The way Thailand has managed the COVID-19 crisis is one of the reasons why foreign investors have seen an increased appetite investing there.

Phuket relies heavily on tourism and foreign investors, as much as 90% of local real estate purchases are made by foreigners. It’s easy to do the math and come to the conclusion that Phuket was hit profoundly by the COVID-19 crisis.

Analysts believe that it will take at least two years for the market to recover, which makes sense. But with reduced prices, we have also seen some increased activity where locals and foreigners acquire land plots for future projects.

According to Phuketcondo.net, average property prices are as follows depending on where you buy.

If you want to learn more about buying real estate in Phuket, I recommend you to read our separate article that was written jointly with Thai Residential. It’s the leading real estate agency in Phuket at the moment.

Koh Samui relies heavily on tourism like Phuket and was affected heavily by the COVID-19 crisis. Both Knight Frank, Thai Residential, and The Phuket News report that we see bargaining prices on the island.

Unfortunately, early and positive predictions from analysts and journalists often seem to be too good to be true. The market is far from being recovered and it will most likely continue this way for months to come.

The key is not when the economies will rebound, but rather when Thailand and other countries will start opening their borders. Until then, the investment activities will continue to be low and push prices down further.

Unfortunately, we could not find any price data to display that shows the current real estate prices in Koh Samui and how these differ pre-COVID.

How much is land worth in Thailand?

Compare this to the condo prices summarized above and you can notice a significant difference. This goes hand-in-hand with what I explain in my separate articles about land purchases in Asia.

Even if land purchases are restricted for individual foreign buyers in most Asian countries, you do have some interesting options, particularly Malaysia.

How much is a condo in Bangkok?

Condo prices vary greatly in Bangkok and can cost everything from a couple of thousand US dollars up to USD 15,000 per square meter.

Hong Kong investors are well-known for snapping up units in many luxury projects in Bangkok as prices are way below those in Hong Kong.

Can foreigners buy land in Thailand?

Foreign individuals are not allowed to own land in Thailand. Companies who intend to acquire land normally do so by setting up a local joint-venture or limited company.