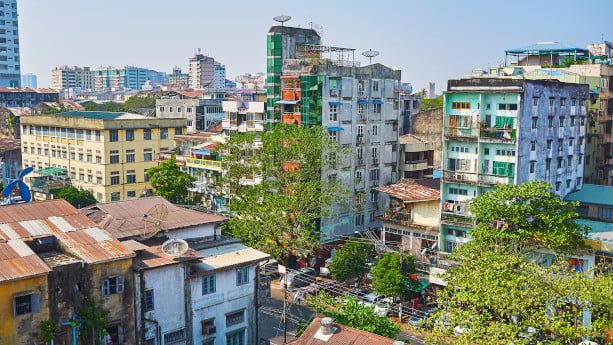 Asia is one of the most diverse continents, not only culturally, but also economically.

It’s the only continent where we find highly developed countries, such as Japan and Singapore, alongside countries like North Korea and Myanmar.

Due to this, openness to foreign investment and foreign property ownership regulations can differ significantly between Asian countries.

I’ve already written an article that explains about your best options when investing in real estate in Asia. Today, I’ll list your worst options. 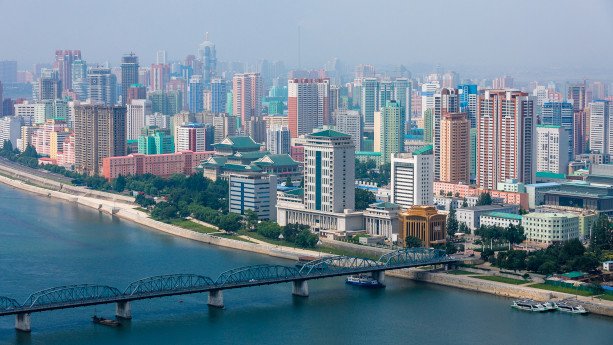 North Korea is notorious for being one of the most isolated countries in the world.

As a matter of fact, you’re not even allowed to travel into the country, without joining one of its state-owned tourist bureaus.

Approved and appointed by the state, of course.

To make things worse, you cannot start a private business, or look for jobs on your own, as a local. Instead, the government does this on your behalf, based on your education and competence.

It’s well-known that North Korea is one of the worst places, not only to buy real estate but to do business in general.

What makes North Korea different from other countries is that locals cannot buy and own real estate.

Instead, the government owns all property and assigns units of various sizes and standards in different areas, depending on your job. This is done free of charge.

That said, although the constitution states that it’s illegal to deal with property transactions, it’s “technically” possible.

The key is to have the right connections, title, and money.

We’ve seen spikes of interest, especially since Kim Jong Un’s meetings with Trump, his visits to Beijing, and promises to further open up the market.

At the same time, prices have skyrocketed in places like Dandong, a border city in North-Eastern China. Here, the government has promised to introduce new regulations, to cool the market.

But, it might sound easier than it is. To buy property in North Korea requires that you work with the right people so that you can navigate your way beyond its bureaucracy.

And who knows what will happen in terms of ownership, if the regime falls.

The simple goal here is to buy before a future unification takes place (if it ever will). 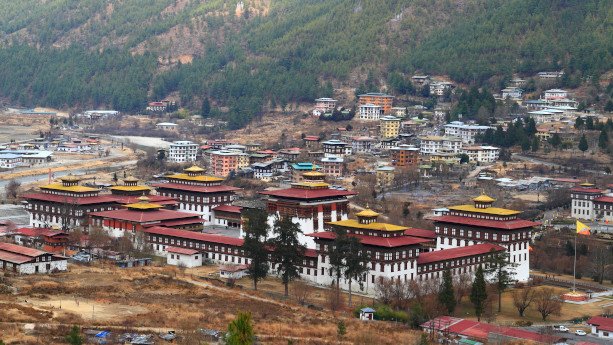 Located in the Eastern Himalayas, Bhutan is a landlocked country with a population of around 900,000 people.

Thus, it’s one of the smallest countries in terms of population. It proudly claims itself to be one of the happiest and cleanest places on Earth.

So, it doesn’t come as a surprise that the Bhutanese don’t crave for the country to become a new manufacturing hub. “Made in Bhutan 2025” is simply not on the table.

Bhutan is taking small steps in terms of economic development, as it mainly wants to preserve its culture and local heritage.

Buying property is not easy in Bhutan

First of all, you cannot own property as a foreigner in Bhutan.

Instead, you have the option to sign a leasehold contract, might it be for a residential unit or an office (don’t imagine any shiny skyscrapers).

The only way to legally buy property is to set up a local company first.

However, this is not the easiest task on hand and the government is renowned for being highly bureaucratic.

Truth be told, there’s nothing you can really invest in unless you simply open a company to buy real estate.

And at the end of the day, you cannot fully own a local company either, but need to set up a joint venture with a local.

Bhutan is astonishingly beautiful and offers a unique culture, for sure. But, it’s definitely one of your worst options if you plan to invest in real estate in Asia. 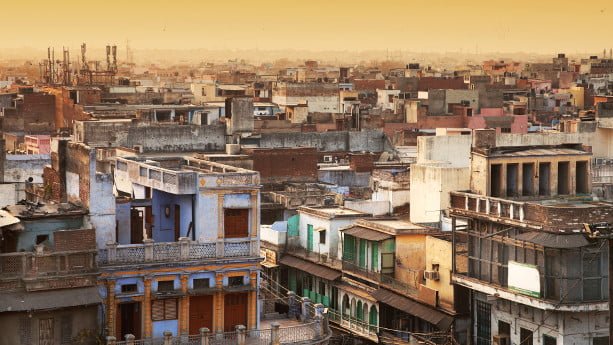 India draws more attention than the two other countries listed above, and some believe it will become a great competitor to China.

Even if India is a great place to visit, it’s not your place to go if you want to buy an investment property or a second home, as a foreigner.

As explained by the Ministry of External Affairs, you cannot even buy property as a non-permanent resident. Your only option is to lease property with a maximum leasehold period of 5 years.

On top of that, if you plan to buy property as a permanent resident, you need a residence permit and stay in India for at least 182 days a year. If not, you need approval from the Reserve Bank of India to purchase the property.

The only exception is for Persons of Indian Origin (PIO) and Overseas Citizens of India (OCI), who don’t need approval.

That’s significantly worse compared to other developing countries, like Vietnam.

Invest in other Asian countries, instead of India

If you look for overseas property, there are plenty of better options than in India.

Some examples are Vietnam, Thailand, Cambodia, and the Philippines.

These countries don’t only allow you to buy as many properties as you want, you can do it by simply having a tourist visa. The baseline is only that you don’t exceed the foreign quotas in specific projects (30% to 49%).

In Thailand, the Philippines, and Cambodia you can even own freehold property as a non-resident investor. 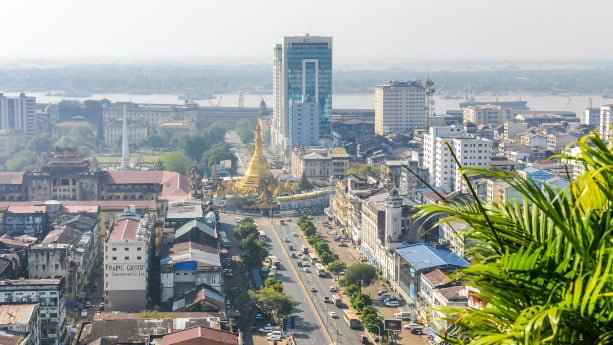 Myanmar has been one of the most isolated countries just until recently.

Its military junta was dissolved in 2011, just shortly after its first general election. At that time, a number of political prisoners, along with Aung Suu Kyi (the current president), were released.

In the past years, Myanmar has experienced impressive growth, stretching from 6% to 8%. It can mainly thank investment from larger corporations, but also China.

Why? China is Myanmar’s (by far) biggest import and export partner.

Yet, its economic development is perhaps not as good as many predicted it to be at this stage.

With the uprise of the Rohingya crisis, Myanmar has received much bad attention and it’s not considered very politically stable.

Myanmar is moving in the right direction, beyond doubt.

In 2016, it issued a new Condominium Act in 2016 that allows foreigners to own as much as 40% of condo units in buildings. And that’s with freehold ownership.

Compare that to Vietnam, where foreigners can only own 30% of condo units, and leasehold.

However, we also need to keep in mind that Myanmar is still one of the most corrupt countries in the world.

It’s just ahead of Somalia and North Korea, according to recent rankings.

There’s no real transparency and doing business here is quite challenging, to say the least.

Investing in Myanmar property now is not your best bet, due to political instability, corruption and heavy bureaucracy.

Let’s wait a few years and see how the country performs.

With the new Condominium Act issued as late as 2016, there’s nothing you can buy there now as a foreigner anyway. 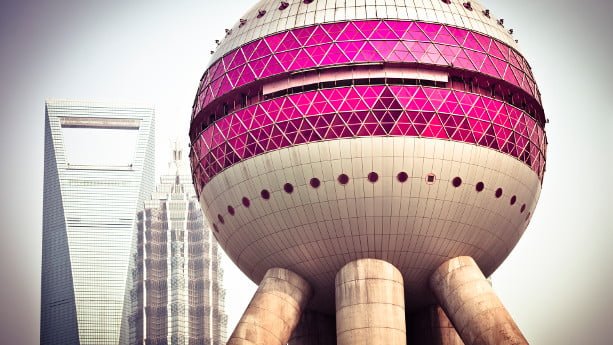 Even if it’s comparably easy to set up a company and do business in China, investing in real estate is a big no for most foreigners.

First of all, you’re only allowed to buy one property. Yes, one.

To do this, you need to work or study in China for at least one year. You cannot invest in property as a non-resident.

To make things worse, you can’t rent out your property, which kills your potential cash flow from rentals.

Additional requirements can apply in bigger cities where the markets are overheated, like Shanghai and Beijing.

Worth mentioning is that China doesn’t have any long-term visas either, for that matter.

Not to forget, prices have gone through the roof, and apartments in Shanghai can be fetched for as much as RMB 130,000 (USD 20,000) per square meter, in central prime districts.

It makes sense to buy property in China for personal reasons and if you’ve been there for a while. That’s totally fine.

Otherwise, you have plenty of better options.